An Irkutsk Vintage on Wheels

It was life in Jakarta, which created my friendship of no choice with public transportation. 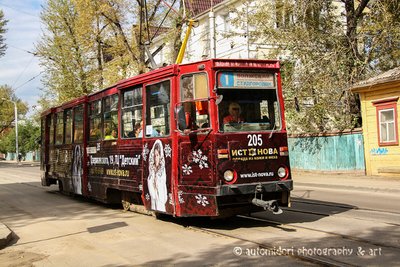 As I had been fascinated by the buses but mostly by the trams, in Khabarovsk, so was I in Irkutsk. I wanted to scream, "A tram!" but the tram rattled further ahead, "Grook... grook..." Irkutsk, Khabarovsk, no difference in sound and in shape. 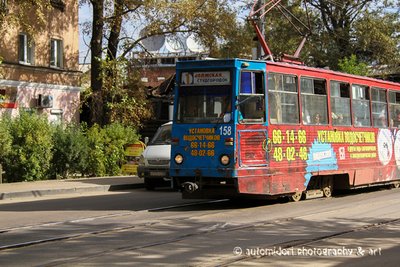 The only difference is that in Irkutsk the tram runs in the middle of the street, 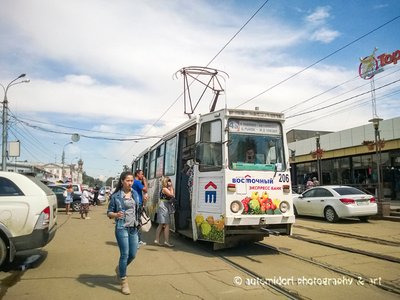 and passengers get on/off the tram from the middle side of the street. 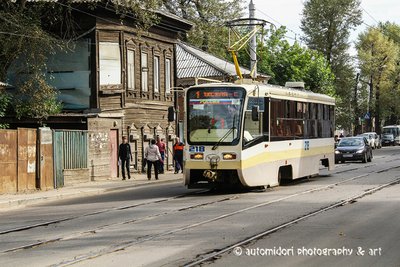 When the road isn't broad like this one, it doesn't make so much difference. 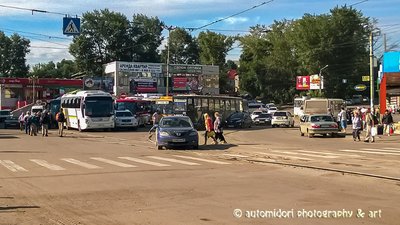 But when the road is broad like this one in front of Irkutsk Railway Station, getting on the a public transportation from the middle side of the street feels so much like home. You know what I mean. 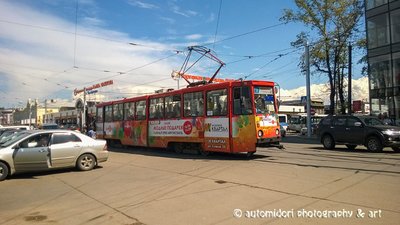 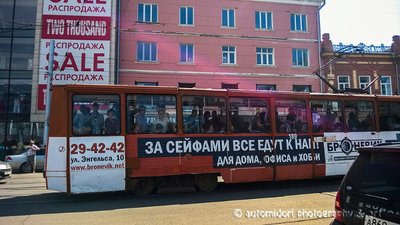 regardless of destination, tram fare is flat: 12 RUB. 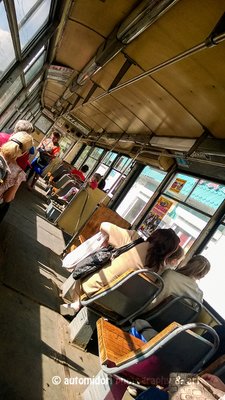 Before my first trip to Russia last winter, I read that I should keep the little piece of paper given by the tram conductor as kind of ticket or receipt proof of having paid the fare. However, those many times I got on trams and buses in Khabarovsk and Bidobidzhan, my ticket had never been checked even once. So I was shock when on my first tram ride in Irkutsk, after a couple stops, a lady got up my tram, and required for our tickets. Panicked, I poked here and there into my camera bag, because I hadn't paid attention to where my fingers dropped the ticket. Sigh. Luckily, I got it.

Since then, I assigned a certain pocket on my bag for keeping tram/bus tickets. "Remember, it's here," I told myself every time. However, never again was my ticket checked. 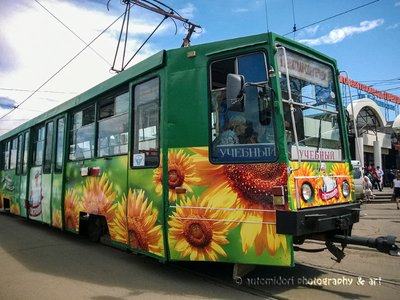 This is my favorite tram design. 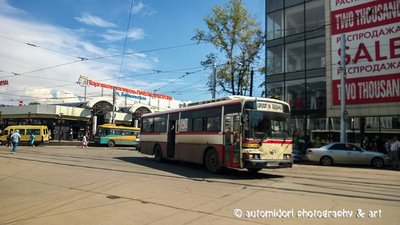 The buses, too, were old, although less rattling as they didn't run while scratching on iron steel. 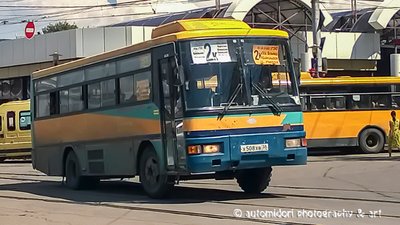 Compared to the other few cities of Russia I have visited, traffic in Irkutsk seems rather messy to me. Take for example buses that run through tram's railroad. You also can see the chaos through the photo taken in front of Irkutsk Railway Station which I showed you previously. 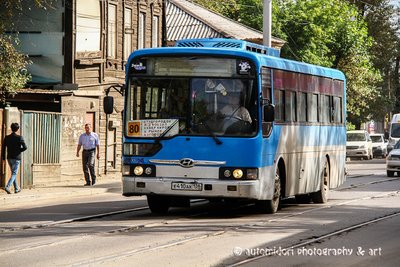 Like the trams, some buses didn't look too ancient. Actually, in general, they look much better in the inside than the outside. 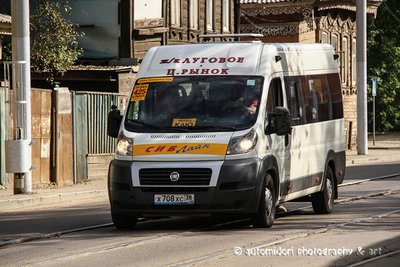 There's another kind of public transportation called "marshrutka". The fare varies depending on the route. 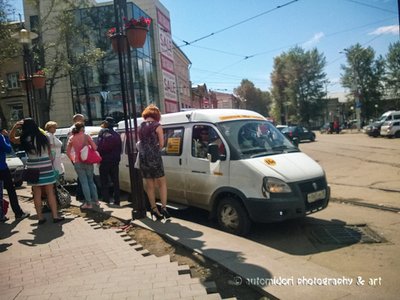 Passengers are queuing for a marshrutka at the bus terminal. The marshrutka leaves only when it's fully occupied.

It was life in Jakarta, which created my friendship of no choice with public transportation.
It was that hotel staff in Chengdu, who despite my fear made me take a public bus in foreign land.
It was my mentor, Umar Widodo, who stirred my interest in creating a collection of photos with same character.
It has been the little pieces that brought up a vintage on wheels,
in Irkutsk.