I prefer bread with rough texture.

Phew!! I'm still experiencing goosebumps imagining what would have been of me. On my itinerary I had written 10:15 for the train departure time. But when I was packing, a Voice inside me whispered, "Read your ticket."

This Trans Mongolian train is not like you sit at the corridor and wait for the next train, if you missed one. This is a train crossing the international border! Even for the next day, there's no guarantee to get a seat. That's not to mention that this is summer, the season of traveling. Phew. 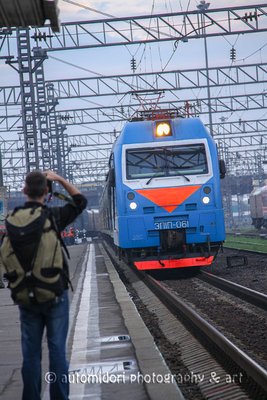 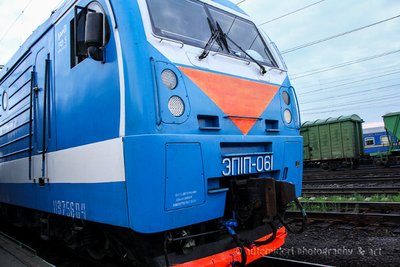 That had actually been a prophecy of what would be happening on the train all the way up to Ulaanbaatar: Tough competition between fellow photographers of all kinds of camera. 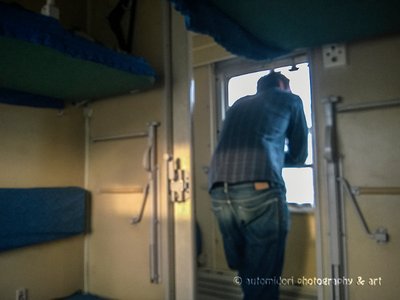 To make matters worse, I had to fight for a spot with those who were double -- triple? -- my size, like this. 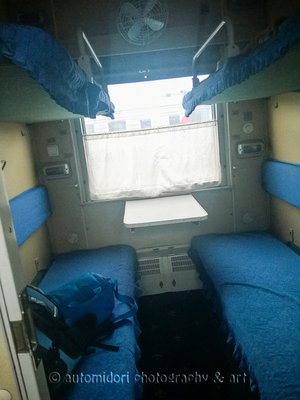 This was how my cabin looked like. It was not as wow as the one from Krasnoyarsk to Irkutsk. There were no cases behind the seat back, no full mirror on the door, no face towel, and no luxurious spacious washroom.

All the way from Irkutsk up to Ulaan Ude, I had the whole cabin to myself. If I were a kid, I would have jumped up and down the berths from left to right, right to left. Yipppeee! Call me weird if you wish. I felt so rich. I sat back, stretched my legs on the berth with a magazine in my hands and a pack of pistachios on the table -- and a cup of hot coffee. When I got drowsy, I slid the door closed and took a nap. Yuhuyyy! I have rented a room on a train.

Although my train was a Chinese train, it was different in several ways compared to the Chinese trains I had taken in the past. This train was a combination of Chinese and Russian train. So I made a list.

Differences with local Chinese train:
1. No vendors walking the corridor offering food.
2. Some of the train attendants spoke English.
3. No aluminum tray for, in my language it's kuaci, dried salted seeds.
4. A trunk under the seat.
5. Hooks and hangers on the wall.

The train attendants were friendly and nice. 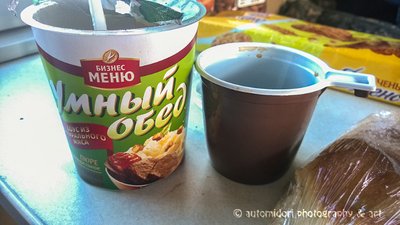 Oh yeah! Among the little things I encountered happiness in Irkutsk, I had forgotten to mention this plastic cup with an ear which fascinates me a lot. My first introduction with this kind of cup was in Birobidzhan last winter. And yes, that's instant puree on the left. I savored it together with Russian bread which were for my mouth a perfect match. I call myself blessed for tidak makan nasi belum makan doesn't apply at all on me. It's no meal without rice, that's the translation. Furthermore, Russian bread compared with most bread in my hometown, has rough texture. I like that. The roughness on my tongue gives a sense of originality. 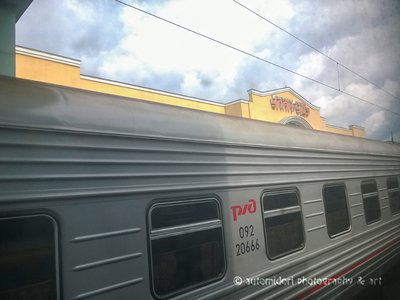 Ulaan Ude, we are pulling in. Too bad, our view is blocked by another train. The red sign up there says "Ulaan Ude". Trust me.

Ulaan Ude ended my moment of fantasy living a wealthy lady renting a room on a train like in old movies. With a push on the cabin door by an American guy, reality returned. Paul, so was his name, told me that he had been traveling Vladiostok - Ulaan Ude non stop for fifty six hours in a cabin all to himself.

"Nobody got on in the middle of the road?"

"So you were alone for that FIFTY SIX HOURS??"

"Not really that lucky."

"You can imagine, being alone for such a long time, having nobody to talk to..."

Yes, I can imagine that. But in the opposite way.

No matter how much I enjoy privacy life, I spent a great time with Paul and Nikolay, my other cabin-mate, a Russian who spoke quite good English. Their presence added worth on my 24 hours train journey and strengthened my reason of avoiding plane trips as much as time allows me.

"I feel the same, Sonja!" responded Paul to my thoughts which made me feel bad. "It's always great to travel by train, because there's the chance to meet people like you." While I had wished he hadn't destroyed the wholeness of my 'private cabin', he was happy to have me.

Paul and I spent the next hours exchanging stories about our travel experiences. But since he's older than me and has started traveling since college, he had more to tell. I became his attentive audience. For this reason also, I prefer trains. With fellow passenger on a plane, chances like this are much less. There might be travel stories, but the kind like spending a week in Hawaii on an exclusive resort. For me that's wow, but not exciting. For me that's cotton-soft-textured bread.

When we neared the border of Russia and Mongolia, Paul told me and Nikolay about his past experiences crossing international borders. He told us about Iran. He told us about European trains in the old days before EU. All the way up to Ulaanbaatar we forgot to check whether the TV in our cabin worked.

"How do you spell 'steppe'?" asked Nikolay to Paul.

"What steppe do you mean?" Paul asked.

"That place with green... ah. In Russian we say... bla, bla, ba. Many in Mongolia." Nikolay had difficulty describing the word in English.

"Steep?" I reconfirmed. What's the connection between 'green' and 'steep'?

"No, no. This is steppe (pronounced as in 'step'), Sonja," answered Paul for Nikolay.

"You mean 'step' like this?" I pointed on the step on the wall of our cabin used to get to the upper berth.

"No, no. It's not that, Sonja," responded Paul for Nikolay again.

"Sonja, why don't you set it into Russian - English and let Nikolay input the Russian word which he knows for sure?" suggested Paul. Before Nikolay joint our chat, I had unintentionally amused Paul with the Russian keyboard on my smartphone. Ah ya, silly me. I switched the keyboard on my Nokia to Russian and passed it to Nikolay. Very unlike my cabin-mate from Krasnoyarsk to Irkutsk, Nikolay finished typing within a blink of an eye. "There." He returned my smartphone.

"You too?? You are American and you don't know this word?" My eyes grew wide on Paul.

"It's not a word we use everyday. I know what it means, but I wasn't sure whether it was double e or double p."

Nikolay's reply, "We use this word everyday, because there are steppes everywhere. So we have to say it."

After arriving in the actual place, learning more about Mongolia, I realized how common the word "steppe" is over there. And, how funny it is that a Russian knows 'steppe' while an American doesn't. 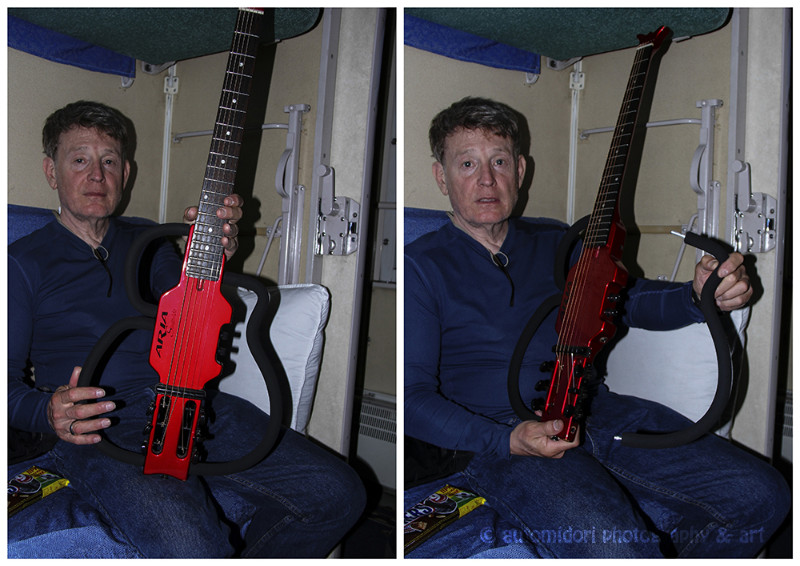 Oh no! Paul's guitar is broken!!

Hahaha. I'm kidding. it's a knockdown guitar. The length is the same as an ordinary guitar, but the sound is not very loud which is not surprising because the guitar lacks an air-box for the sound to resonate. Paul said, it's good that he can practice without bothering fellow travelers.

The highlight, though, was the chess match between Paul and Nikolay. Chess, you know! That's such a Russian's thing. Plus, Amercia vs Russia. I'm not going to make myself sound political. But you know what I mean. America vs Russia, you know!! Wow!!