"It looks gorgeous whatever the season, but especially in winter, blanketed with snow." -- Rough Guides 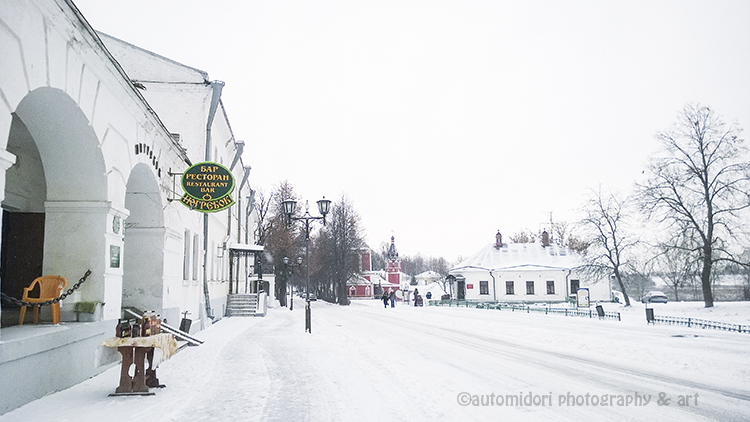 I walked down the road. Hmmm. Bar? I wanted to put my camera closer to that table by the side of the road. What's that? Vodka? But, oopps. I caught a glimpse of moving shadow. Ah, the vendor is standing behind the pillar. I assume she normally sits on that orange chair. But today it's rather stormy. 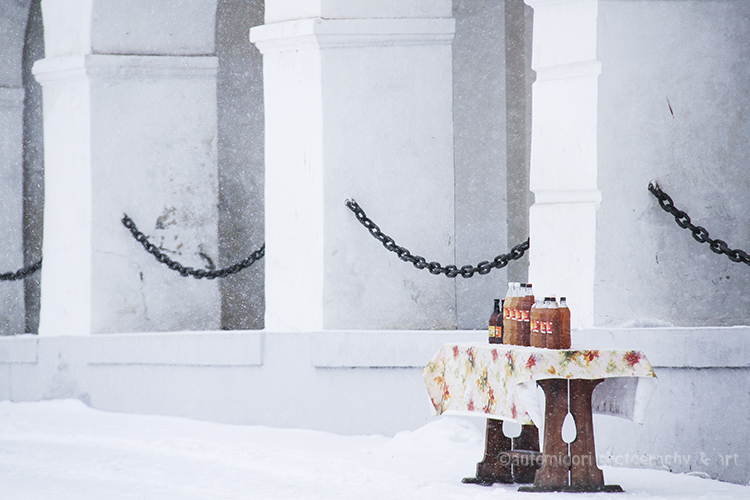 I moved to the other side as to make myself invisible, and then stretched my long lens. Uhm. I think these are medovukha, a Russian type of cider made from honey, famous in Suzdal. 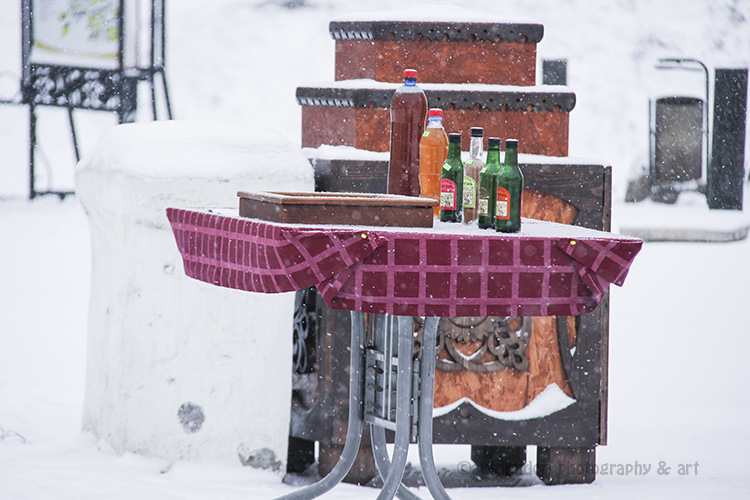 Another beverage vendor. About an hour ago the vendor was standing beside the table, straightening the tablecloth from the wind blow at times. But now, the wind is probably too strong that she needs to take shelter.

Music! Is that coming from the church over there or is it from a park where children and adult celebrate winter like in Birobidzhan? 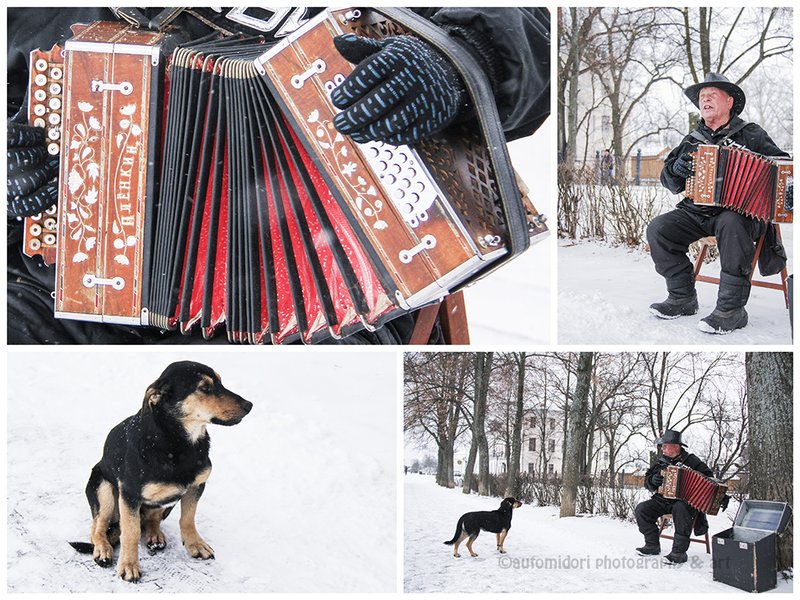 I was stunned. He greeted me in Chinese, and maybe it was a Chinese song he played for me. It was difficult to capture him facing my camera. But when I put a note inside his accordion case, he appeared extremely happy and gave me a big smile, from ear to ear. Passers-by occasionally, stood in admiration, and went by. Few cars pulled over, rolled the window down, made one two shots, and rolled on. Nevertheless he kept on playing... until the snow became too heavy.

I made a recording of his performance. 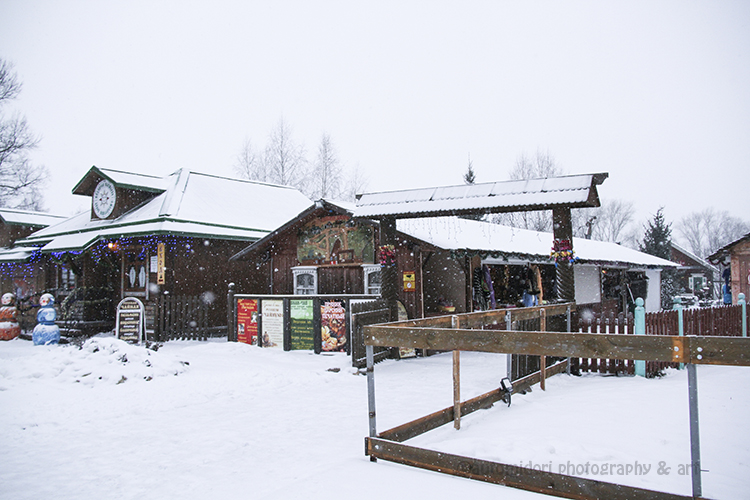 Some of the souvenir shops were opened, but some were not. I felt sorry for the lady shopkeeper at the back. It seemed that the very few local guests bought their souvenirs from the shops in front and then didn't bother to go to the backside. Although in Russian, I understood she was inviting me to take a look at her merchandises. If only I hadn't had still a long journey to go, I would have bought some stuffs from her. I doubt whether in such a winter time she would actually sell. She continued sweeping off snow from her porch as if to kill time. 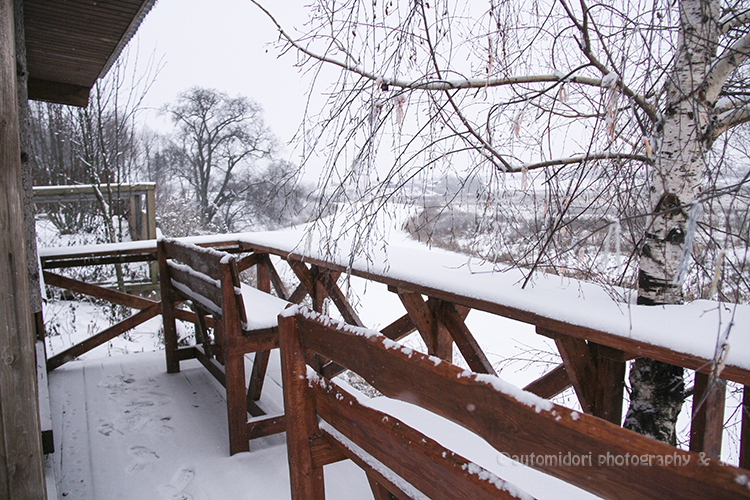 In summer of course she might make a lot of money, because her shop is almost next to this restaurant which has a balcony facing Kamenka River. But now, the river is frozen, and the restaurant is closed. I can picture here people sitting on the bench with a bottle of Medovukha, waiting for sunset. I did come here for sunset purpose also. However, the greyish sky above told me today I stood no chance. 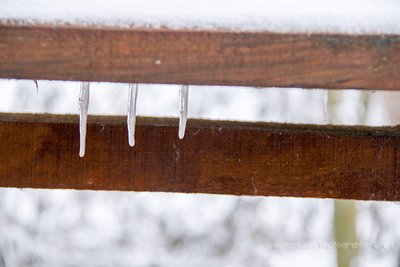 Nothing. Just frozen water drips to give you a mere picture of how cold. 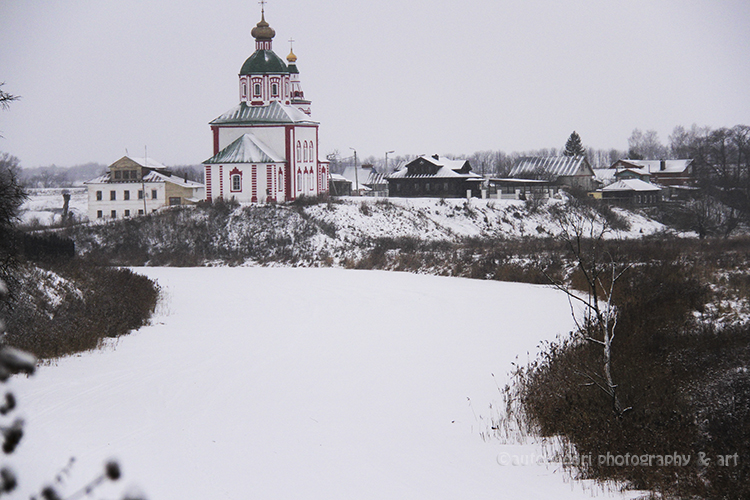 Wikitravel said, In winter months, when the river is frozen, do walk the length of the river. This is the lifeline of the city and you will see sleighs being pulled and men ice-fishing in the river. It is a beautiful way to see the city. I didn't see any sleighs on the river nor men ice-fishing. 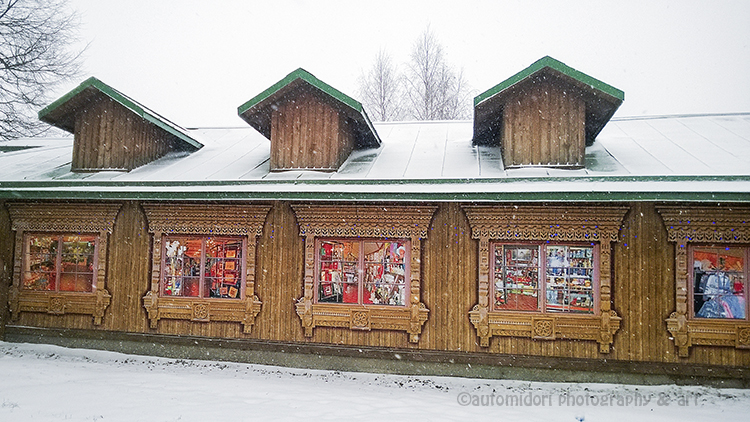 This must also be part of the posad in Suzdal. If it were opened, inside it would look like the pictures on the window, I bet. 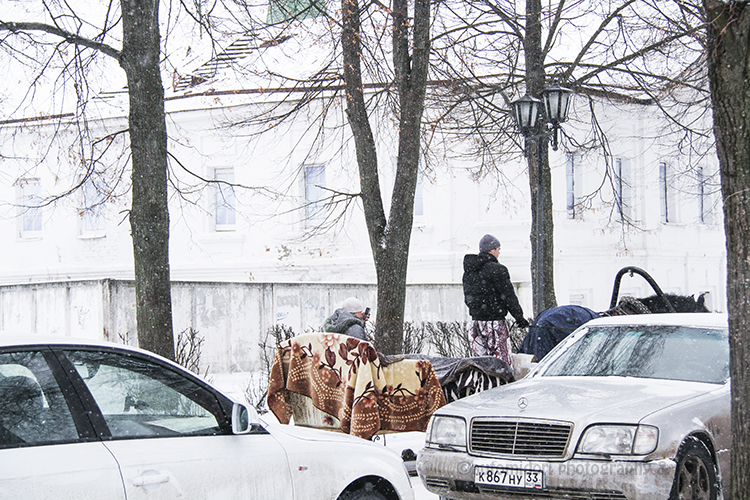 Oopss! Missed it. That was a different kind of tourist carriage from the one in my first post about Suzdal. 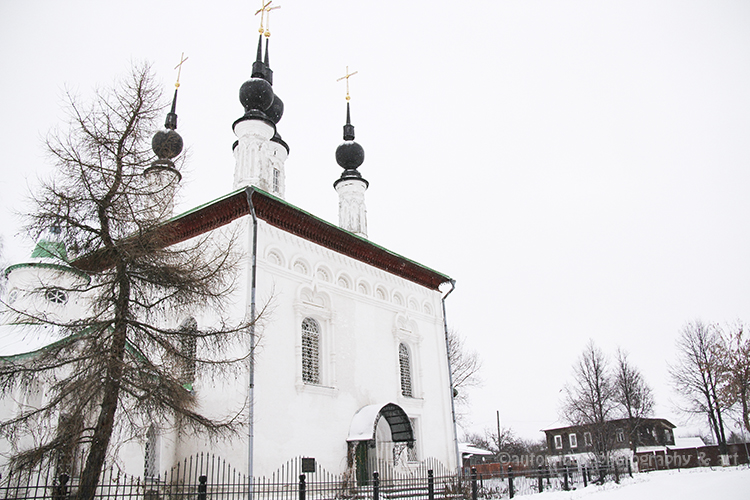 Wikipedia stated: Walking through the town, one might get the feeling that every third building is a church. I think, that's true. 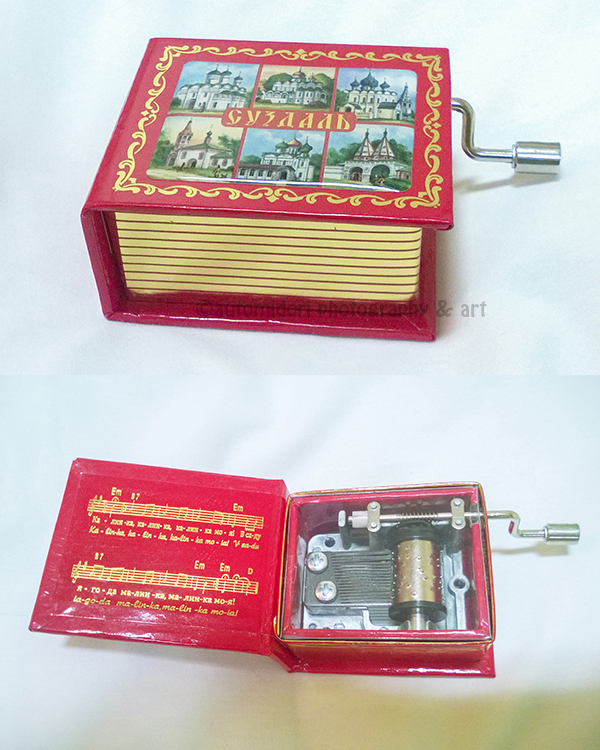 Besides the matryoshka of Winnie the Pooh, I also bought this music box. It's just another thing that brings me to my childhood memories.