A Mosque and a Church in Perm

...and one more church. Of course there are many churches in Russia, but!

It was coincidence. I was checking the route from my hostel to Kama River through Google Maps when my eyes dropped on an icon marked as "Perm Mosque". Hah. For me, it was intriguing. You guess why. 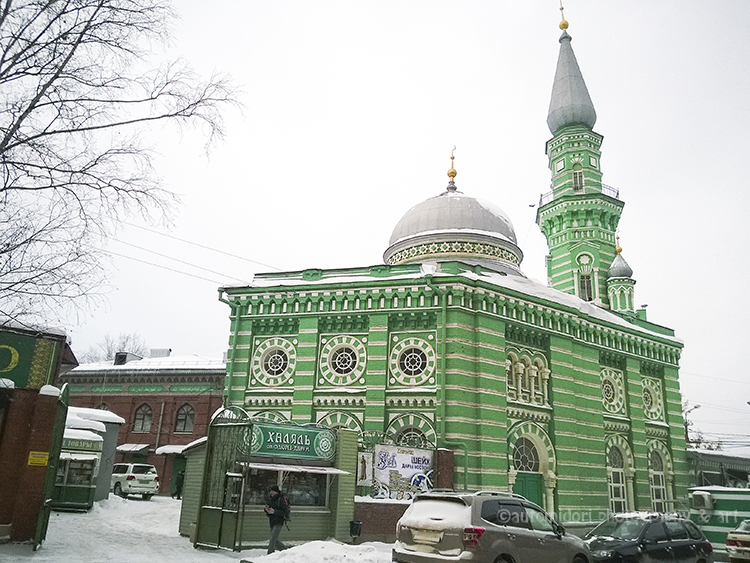 From the end of the road where I got off the tram, I already could spot out the edge of the minaret.

To be honest, I expected to find a mosque which was more like a museum where tourists venture in and out admiring the architecture, and such. No, no. This was a mosque just like any mosque in my home country. It was alive. It was busy, with people doing their spiritual activities. I found myself odd, being the only one turning the corner, crossing the street back and forth, clicking up and down. 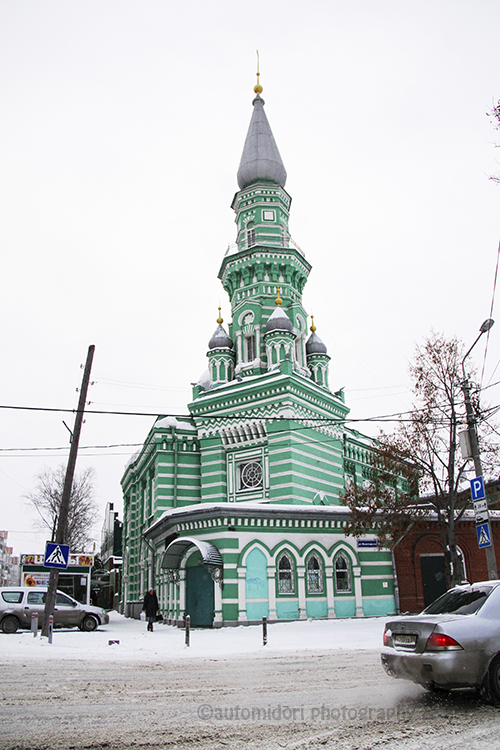 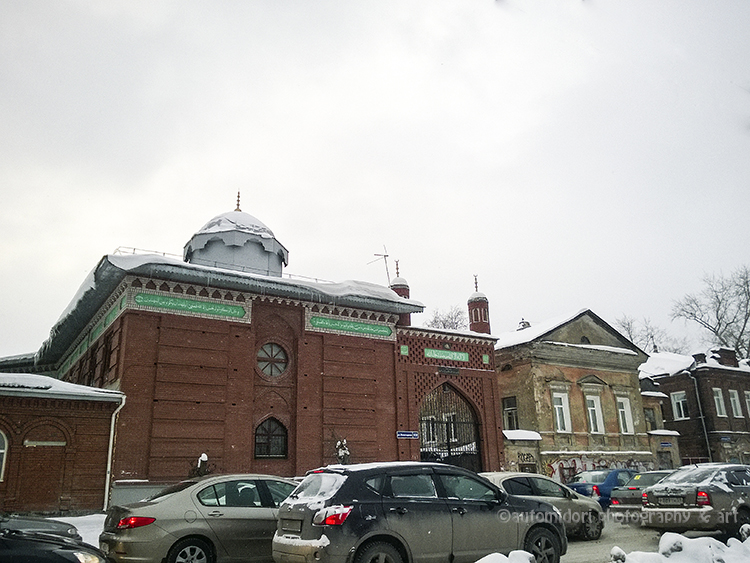 The other side of the corner. 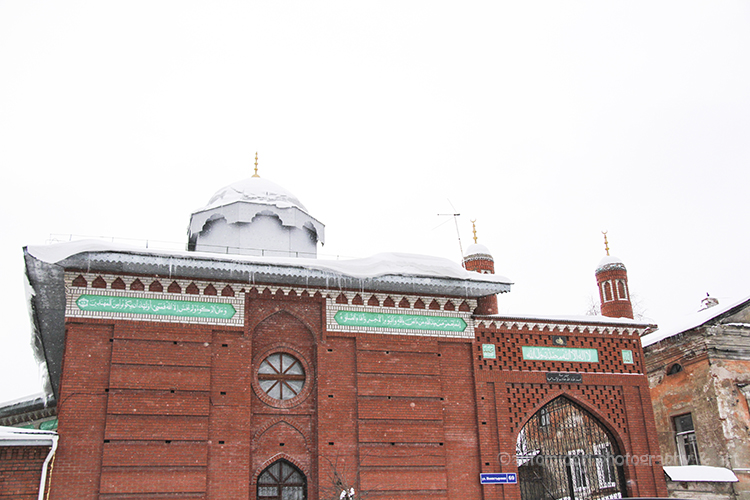 And a little more close up. I think this was my first time viewing a mosque smeared with snow, under snowfall. I felt thrilled.

Oh yeah, in front of the mosque, on the pedestrian road, there were small food stalls selling snacks which I strongly assume are specifically halal. 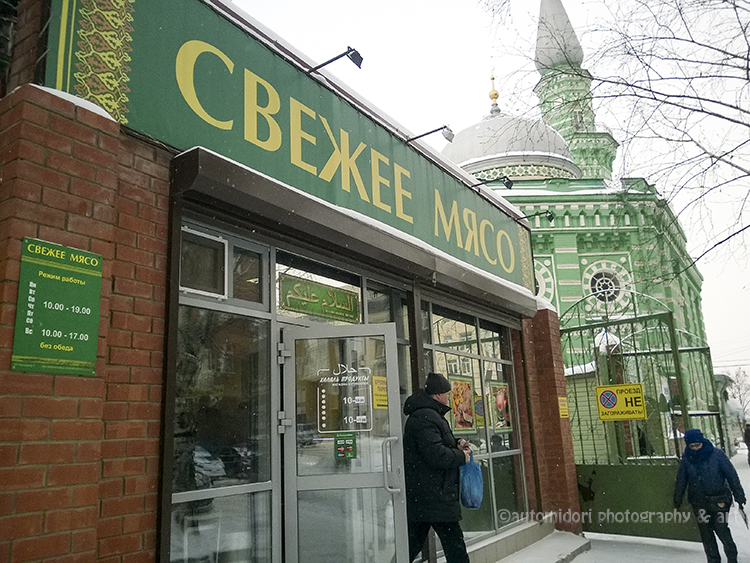 A Moslem grocery and cafe also stood next to the mosque. It was also crowded. 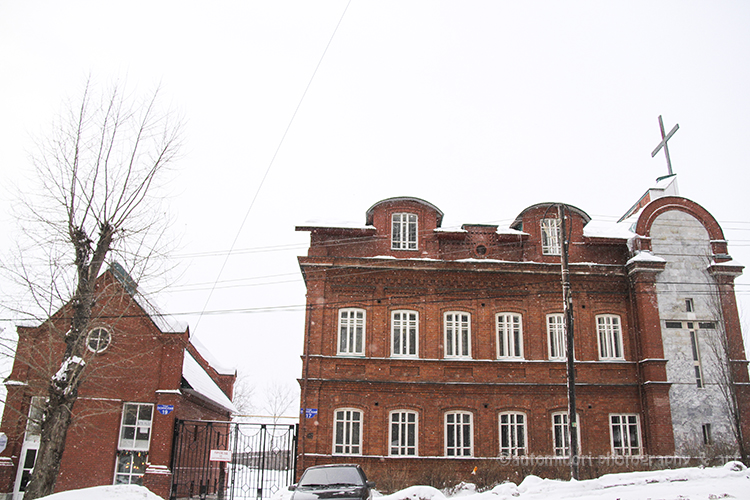 Next, next, to the mosque, stood a church which was in total opposite to the mosque's hustle and bustle. For a moment of second, I doubted I was actually in Russia. Aha. 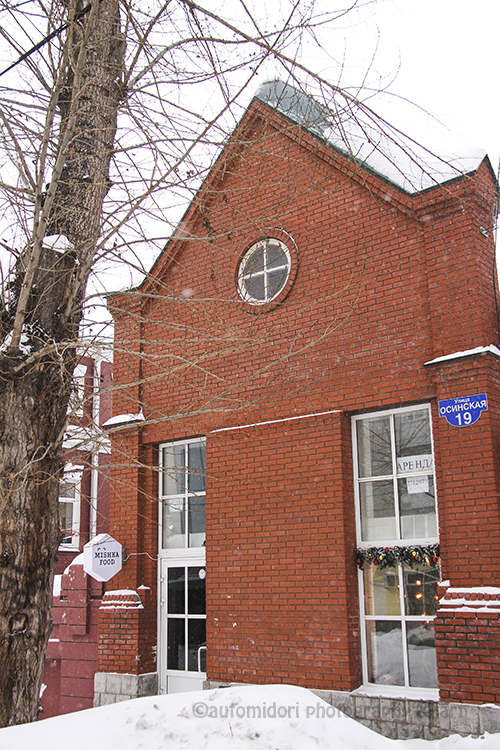 Next to the church was seemingly a cafe, also. It was quiet.

Hence, on this street, one can choose to dine accordingly. 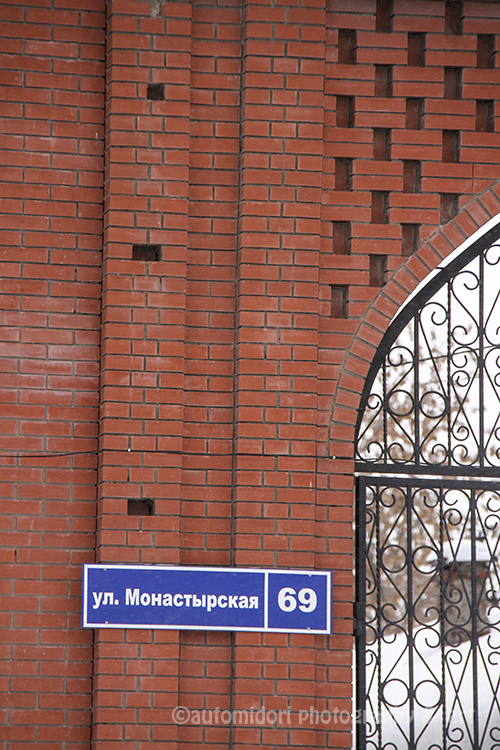 Just in case you need the address, Monastyrskaya 69. 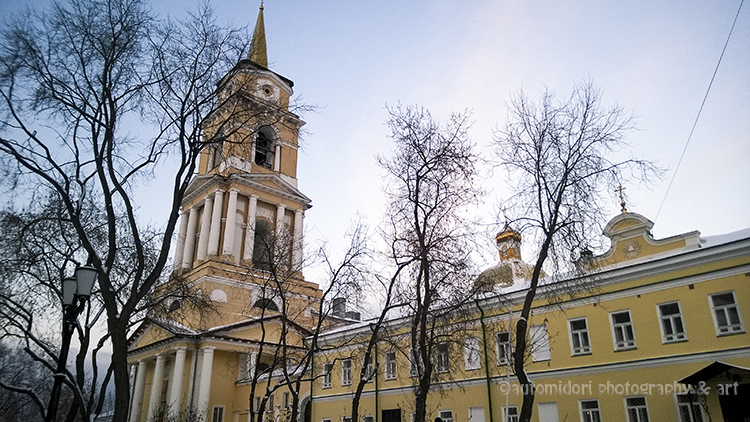 Almost on the bank of Kama River, laid Cathedral Square which was reconstructed in 2009. The former cathedral and monastery is now Perm Art Gallery. 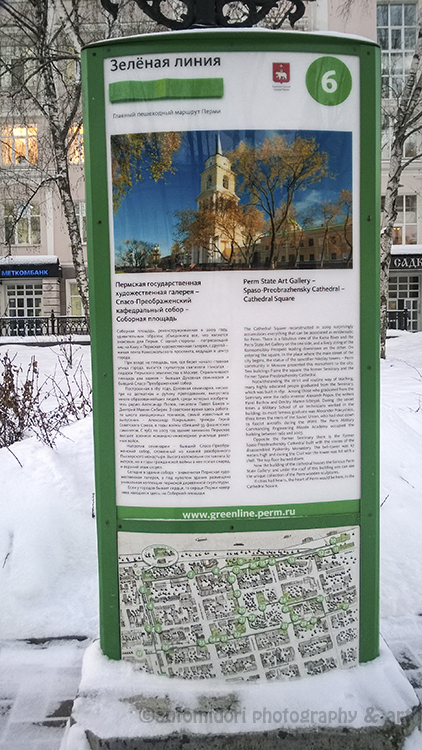 Zoom in this pic if you thirst for more reference. I like the very last sentence: If cities had hearts, the heart of Perm would be here, in the Cathedral Square. 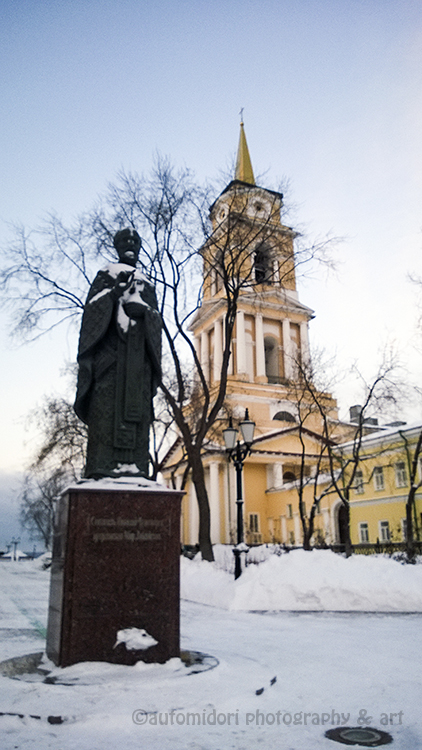 Statue of the sanctifier Nikolay and former Spaso-Preobrazhensky Cathedral. 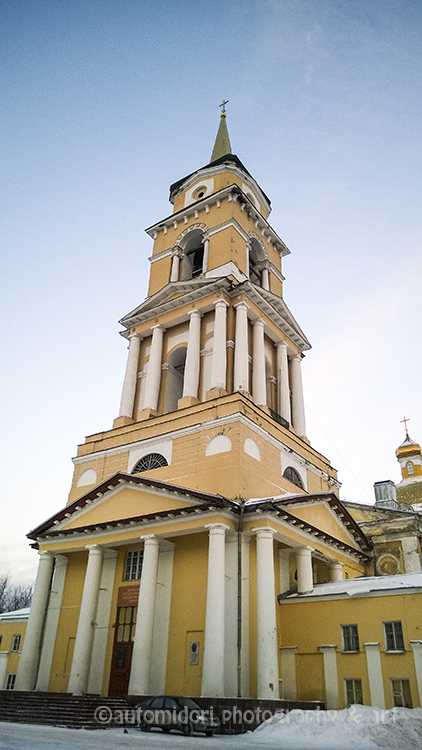 A little close up on the cathedral, 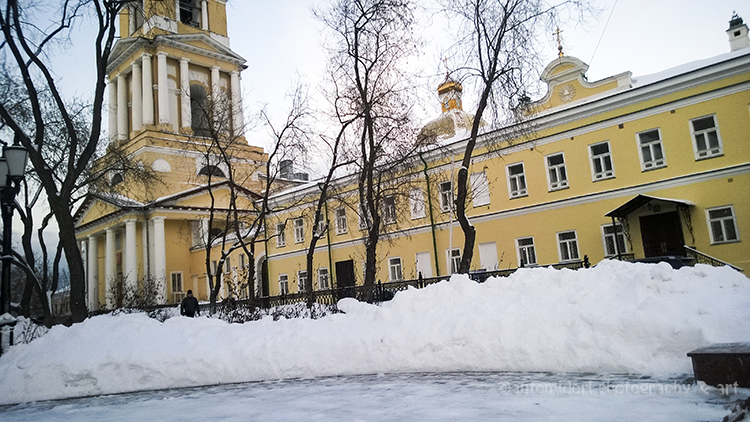 Very educational and informative!
As always.

Spasibo! You make my day