Many Walks to Remember

about yesterday and today

Originally I had planned to visit Kungur Ice Cave. Unfortunately, my travel agent in Yekaterinburg informed me that there were no tours available on my desired dates. They didn't have to tell me that it is not allowed to explore the cave without a guide. Other sources from whom I sought information promised to get back to me but never did. Hence, the whole three days were spent within the city of Perm which then, developed into many walks to remember. 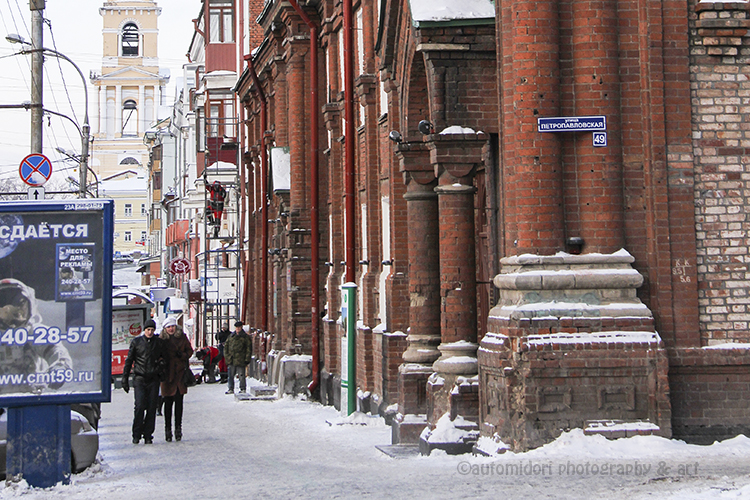 As we have enjoyed the feast for our eyes, we have become convinced that Perm is kind of a time tunnel, a living library for history and architecture enthusiasts. Well, most cities of Russia are, I suppose. 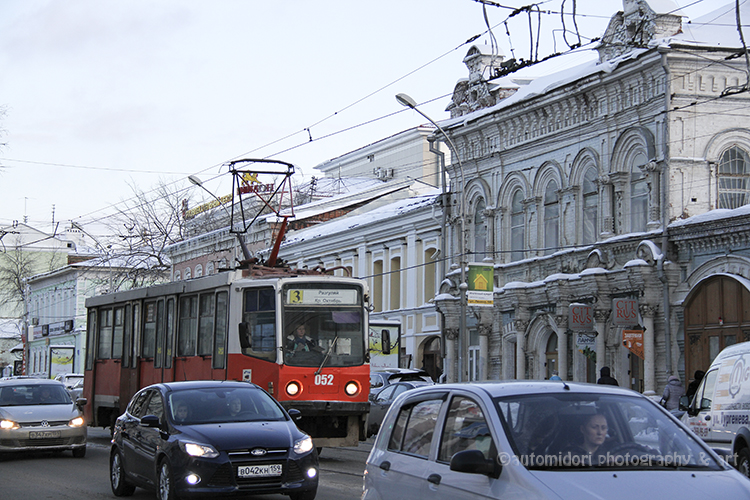 One thing I'm constantly worried about this blog is that I might give the impression that Russia is backward, poor, undeveloped. For instance because all you see in my posts are worn-out buildings, worn-trams, worn-out cars. One day I told a friend, "Wi-Fi is not a luxury in Russia." She replied, "It's okay. Just enjoy." Oh no. What I wanted to say was that getting access to free WiFi in Russia -- even for from the capital city -- I found more convenient than in my home country -- even in the very heart of the capital city. It's not just about availability, but more to speed. WiFi is just one simple example of what I call advanced technology. To put it simple, from Russia I learn that being modernized is not throwing away tradition. In another way, having a new brand car doesn't mean neglecting the car we already have. Having an excellent metro and train system, doesn't mean to throw away the old trams into the sea. If we can maintain both, why not?

Look at the metro stations in Moscow. Should you call it old or modern? It looks like a museum and only a blind person can say no to that. But! How about the technology of the system? I had to get used to how the gate worked and how to swipe my electronic ticket. Why? Because I never have that in my home country -- sorry to say so -- which actually started developing 10 - 15 years earlier before Russia. 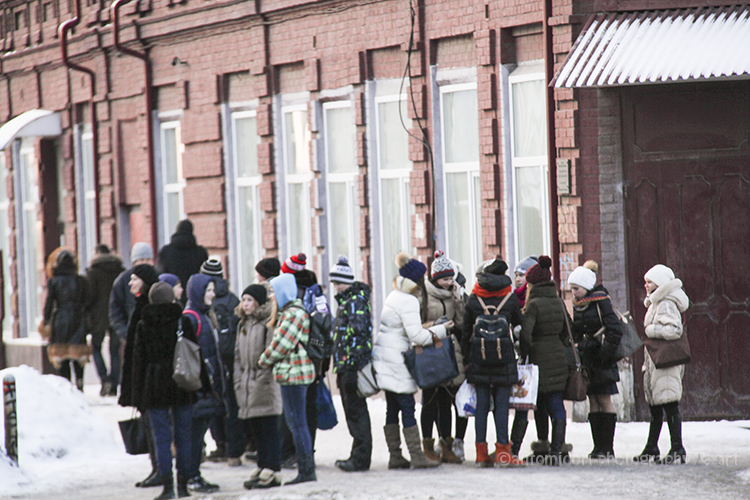 Going to school? Me, too, but in a different way. 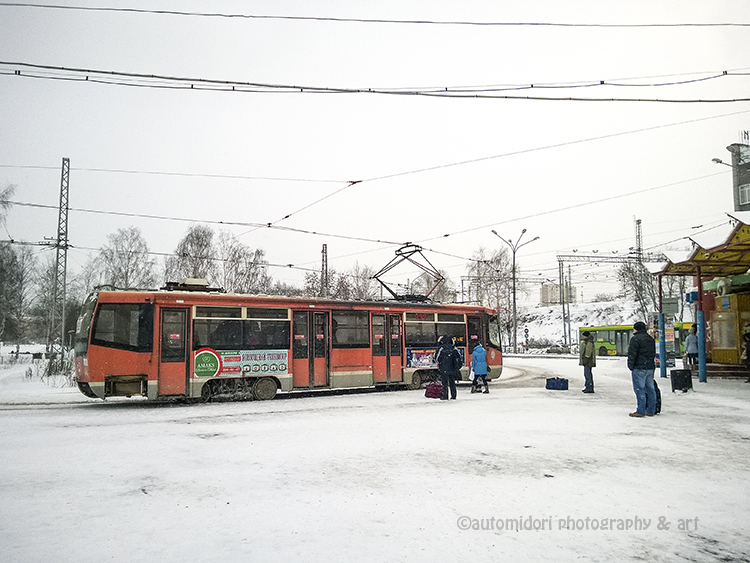 This is the central hub terminal for trams and buses. 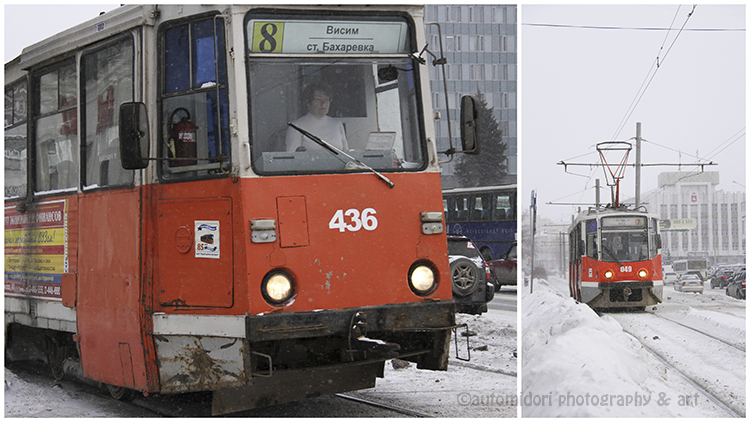 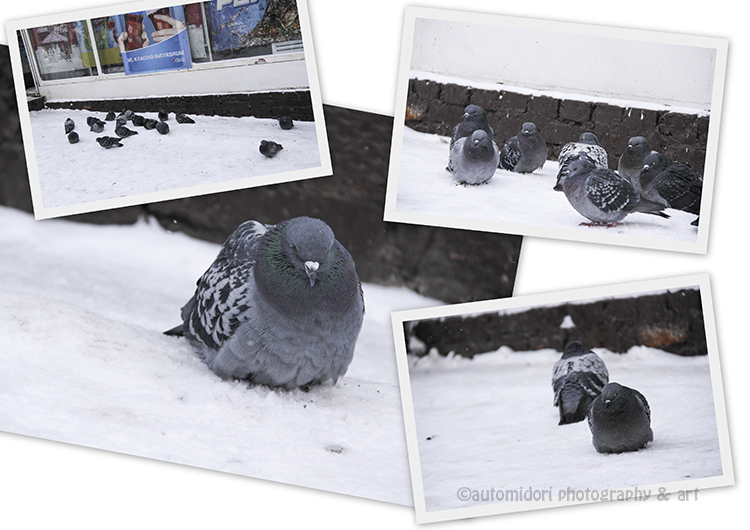 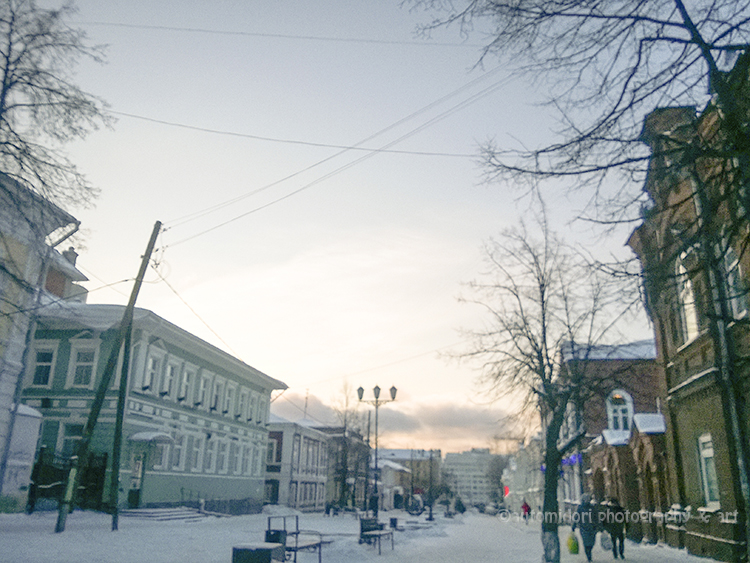 Permskaya Street. That's where you can drink beer from Santorini. Aha. You remember? 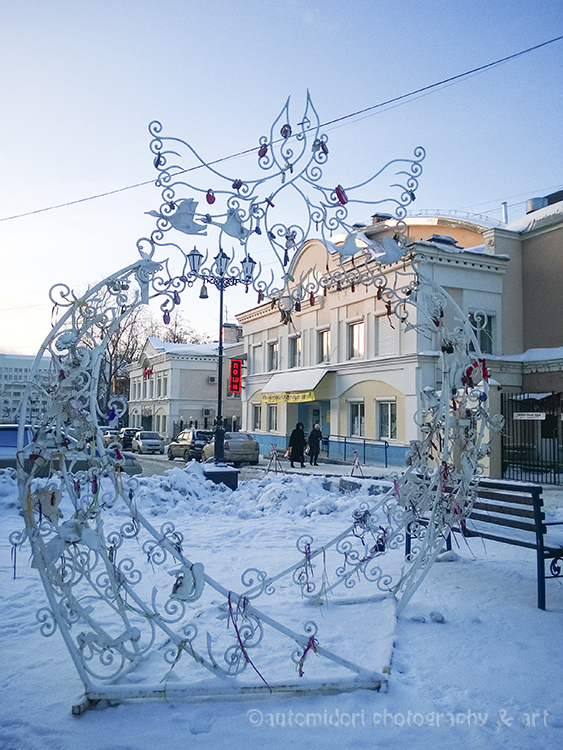 In the middle of Permskaya Street stand fascinating elements such as this, ... 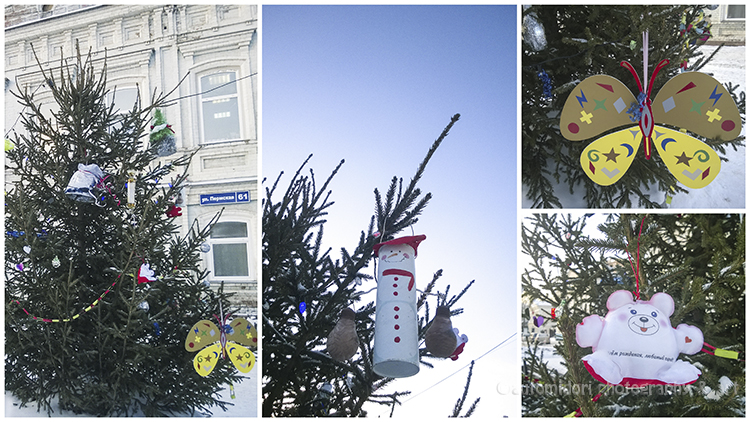 ... or this. Different kinds of funny decorations on the tree. I'm deeply impressed that those cuties don't disappear. 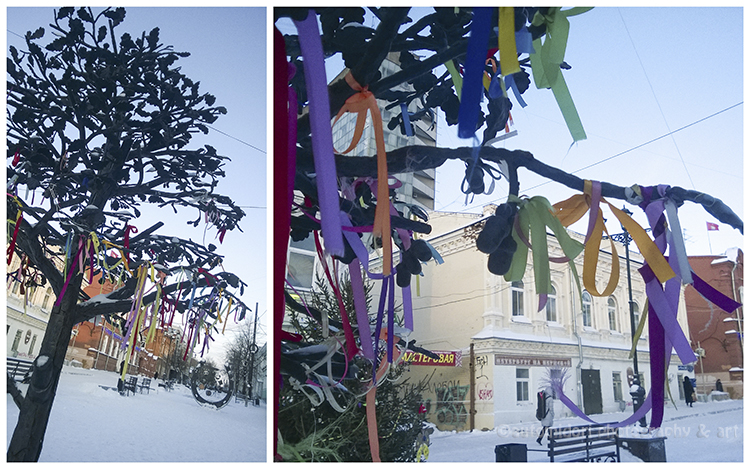 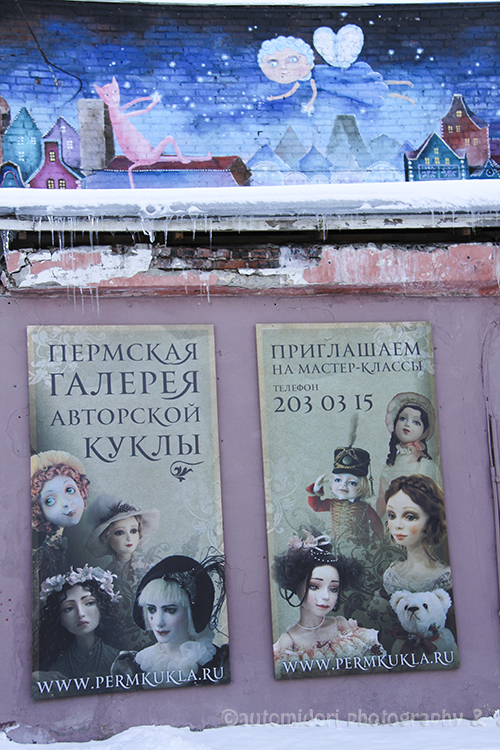 Still on Permskaya Street, an opera announcement, I bet. Russians looove stage operas, dramas, and ballet for sure. 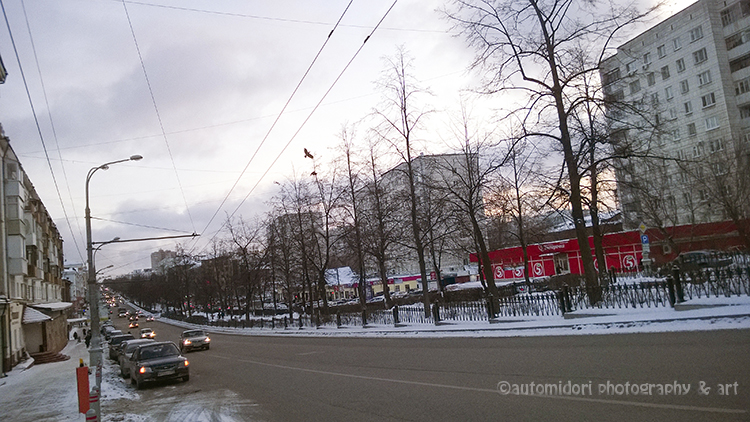 The appearance of the main roads to me are signs of modernity. 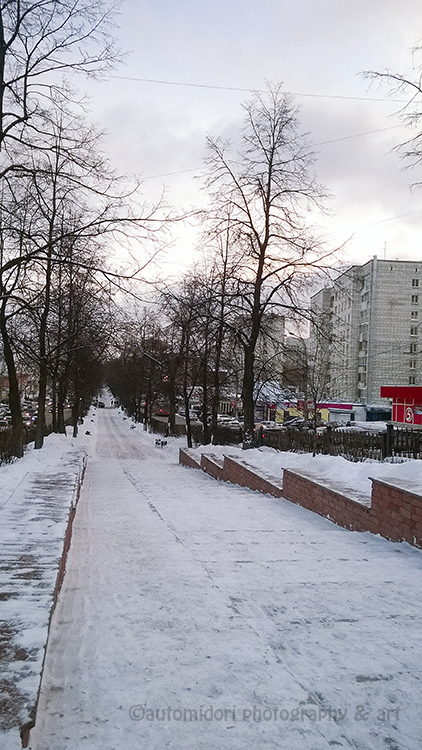 Like some other big cities in Russia, there is a long park -- how do you call it? -- in the middle of the boulevard. My first time walking through a long park like this was in Sapporo, Japan. Maybe such thing is common in Europe? Now, I'm impressed no one attempts to build something on such huge empty space. 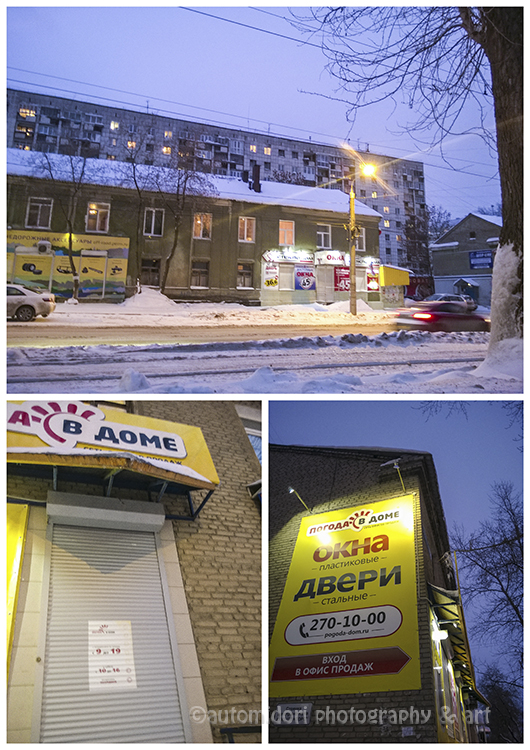 I googled "IKEA Perm" and got to this website. I checked the address on Here Map, and arrived here. But where's IKEA? I searched everywhere, on both sides of the street. Nothing implied IKEA the least. I was wondering if IKEA in Russian is not IKEA but maybe OKNA? I strongly assume there must be an IKEA in Perm, because my hostel was filled with a lot of IKEAs. My host seemed to share one thing in common with me. Aha. 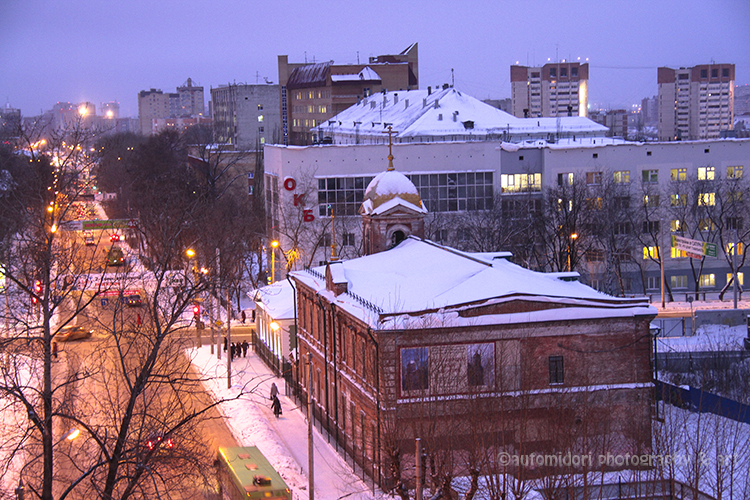 On the morning I had to leave Perm for Yekaterinburg, from my hostel window.

Actually, Russia is holding on traditions right now half because Soviet Union was all about going forward and throwing away remains of past. And half because there is not enough money...

Opera and ballet are popular but those announcements are for hand-made dolls gallery/shop and a class on making them.
OKNA means "windows", but I'll look up Perm IKEA a bit laterfor you.

Thank you for your further reference, Katya! I appreciate that.

Perm doesn't have IKEA, those signs mark IKEA delivery service where you can order from IKEA catalogs.

As for shortness of money... My city was all about getting metro working by 2016, city's 300 year. Now we have shortest metro line in the world - one single station, still proudly marked with M, and metro-bridge which will never see trains.

I see. So the IKEA in Perm has no showroom. No restaurant either... hahaha. The one on ul.Kuybysheva d.93 is probably just the warehouse. It's very nice that they have online service. I wish the IKEA in my hometown does the same.