My Hostel, the Plus and Minus

There was a jacuzzi tub in one of the bathrooms. This is just a hostel, you know. Normal or not, I don't know. Aye.

I know I have said this. I consider lavishing budget on stary hotels a foolish way of traveling. Even if I'm a millionaire, I would better spend that extra portion on exploring more places. (I'm saying this because I'm currently far from being a millionaire.) However, my priority is not low budget, but convenience on distance. My custom, check out on Google Map the places I wish to visit, go to an accommodation booking website, search by the name of the area written on Google Map.

In the case of Perm, I got it perfect. Strategic location, low budget.

Nevertheless, many reviews on the booking site complained that the hostel was difficult to look for. It seemed true, because there were many saying so. When I arrived at the hostel, I understood what those previous guests meant.

I picked up a taxi from Perm Train Station. On the way, the driver called the number of the hostel written on the piece of paper I gave him. Making sure he wasn't kidnapping me -- aye -- I checked on my mobile GPS as he drove. He appeared driving accordingly... until we arrived on the very street, just a few numbers away, he turned to the next street.

"Hey, hey! The hostel is here!" I pushed my mobile phone forward to him.

The dot on my GPS had passed the final mark. Oh no, why did he pass that number?! Calm down, calm down. Don't repeat your foolish over-suspicion in Khabarovsk, I told myself.

Left, and left again. Up, on a sloppy road, into a parking lot surrounded by buildings. Calm down, calm down.

My driver looked up through the front window, searching for something, and then made a call.

Click. He returned his cellphone into his pocket, and turned to me with a big smile that described: "Come! Here we are!"

Okay, we are getting off. At least I can walk back from here to that final mark on my GPS. At least I'm no more inside the car, so he cannot kidnap me, and the day is still bright. Calm down, calm down.

Cheerfully, my driver carried my suitcase down, dragged it along, to an iron door. Oh no. I'm no more inside the car, but going inside to a building. However, my instinct urged me to follow.

We went into an elevator, he pressed a number, the door opened... and there! The name of my hostel was written! My jaws dropped. Speechless.

How would a foreigner know that they have to enter the building from the other side of the street? (I understood this when I took a walk in the evening. Undoubtedly, that was what my driver was trying tell me when I pushed my cellphone forward to him.) How would a foreigner know on which floor the hostel was as there was no sign on the building and neither was it written on the address?

The taxi driver charged me 1000 RUB which was a deal before I got on the taxi at Perm Train Station. I called myself lucky.

The night before I had to leave Perm, I asked my hostel staff if she could reserve me a taxi to bring me to the train station the next morning. Eagerly she answered yes. She was kind enough to ask me to show her my train ticket as to make sure I wouldn't arrive too late at the train station.

"How should I pay? Shall I give the money to you or to the driver?"

"Give it to the driver."

I barely could believe this. I gave her my notebook and asked her to write the number on it.

130 versus 1000!! Isn't that ridiculous?? Okay, like in Vladimir, later when I arrive at the train station, the taxi driver would ask for more than what the hotel staff said. So did I prepare myself.

No, that didn't happen. I gave 130 rubles and the taxi driver returned to me a big smile. On that icy ground of Perm Train Station I tried to figure out the difference between 130 and 1000. Nevertheless, I called myself lucky.

The hostel staff who welcomed me on first day couldn't speak English at all. She ushered me to a double bunk bed in the living room. Uhm, no. The living room was the next room. It was just a common area near the door, shoe rack, and office desk. What?? Painstakingly, through translator apps on my mobile phone I insisted that that was not what I had reserved for. She brought me to a room with two (three) bunk beds. No, I reserved a private room for two. She made a call to someone and then eventually... 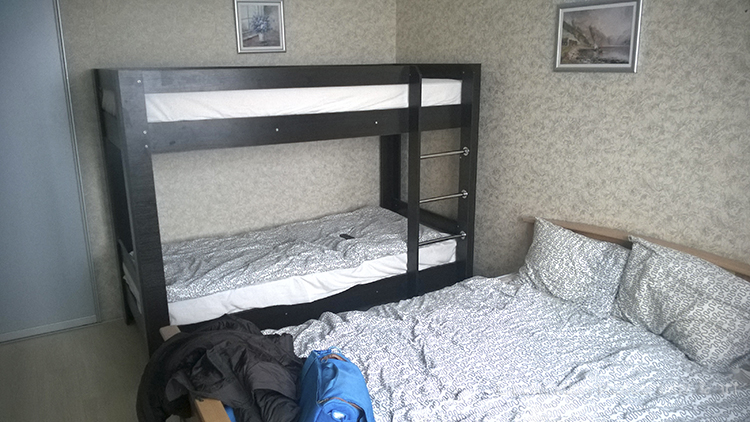 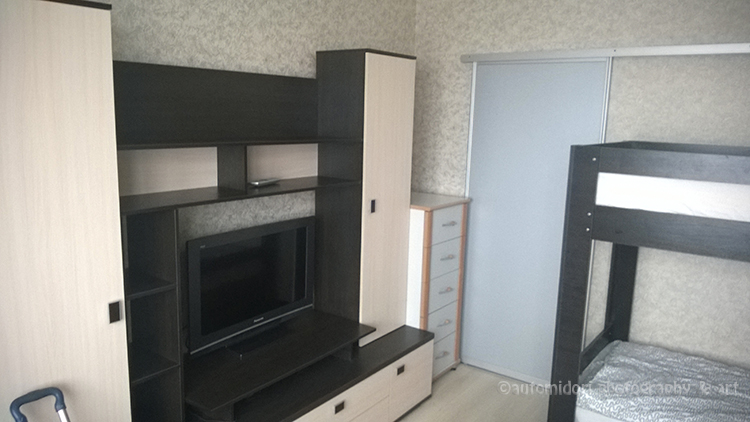 Wow. It looks like I'm going to stay for good here.

Everything was plus and minus here.

My room door couldn't be locked. I know by personal experience that Russia is safe, but I just didn't feel comfortable. Thanks to an article on Journey Woman, if I remember correctly, I have always carried a door stopper with me when traveling. Now, it came in use. The plus was, next to this room (or within this room?) was a closet compartment which I had all to myself. There I hung my one-week laundry.

Speaking of laundry, it was free, for unlimited time, including soap and even softener! Unimaginable. The negative, I was left to do the laundry completely on my own while the washing machine was hi-tech with so many buttons and to your guess, in Russian only. Through the help -- which didn't do much -- of my translator apps, I asked for assistance on how to operate the washing machine. Meanwhile a bunch of young Russians, men and women, stood by the door watching my frustration.

That humiliation on learning how to operate a washing machine in Russian lasted a bit longer than one cycle of washing. After all, nothing is without a price. 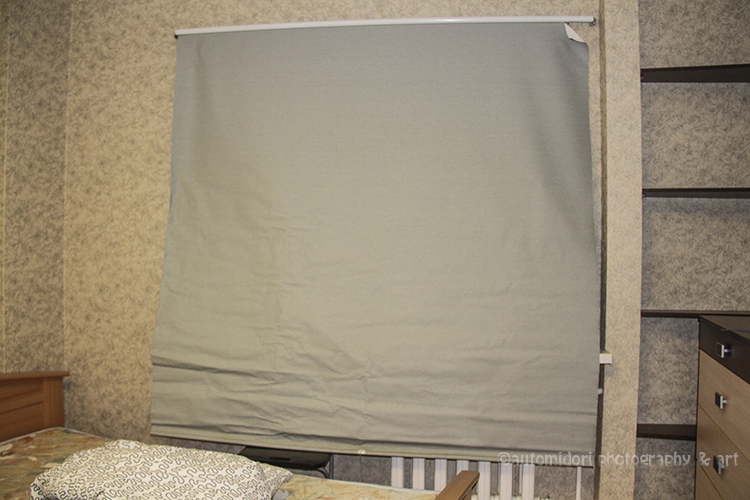 As you are by now probably well aware about my obsession on windows, I'd like to show you this. Window, window! Open it. Open it! full! Let me have the fullest view! The screen was half opened then. So I pulled the cord, and boom! The whole screen fell down, fully. I never could pull it up again, not an inch. I didn't want to cause myself a second humiliation by asking how to operate the cord. 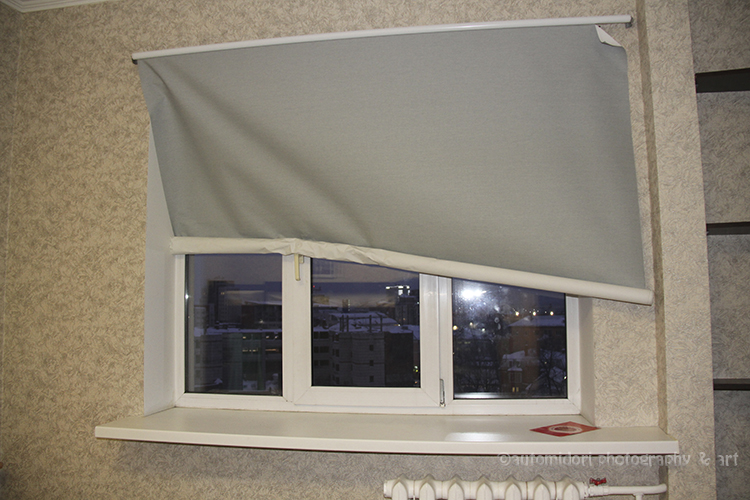 So I rolled it up and stuck it between the window handle like this. If you remember the shots I made through this window, that was done with the window opened. Having the window opened, of course I had to let the screen roll off over my back. This reminded me a lot of an American journalist's article who was assigned to Sochi Olympics. Similar thing happened in his hotel. That wasn't a good impression of Russia, of course. But in many words he described how he found Russian people on the streets extremely kind, quite an opposite to the outside world's general opinion. Now, I can relate more to his article.

The plus of this room was free WiFi connection ran excellent, perfect to back up my shots to Dropbox. The negative, aircon was too hot. Outside of the room was cozy. My favorite channels of NatGeo ran smooth on my TV screen, but! All were dubbed in Russian.

In the spacious kitchen with plenty of kitchenware, I enjoyed my favorite Russian puree and of course a glass of hot coffee while checking through my social networks. Here, too, WiFi did not cease to speed.

It was the non-English-speaking staff who showed me Lines.Perm.Ru which provided me abundant references on my wanders in the city of Perm. Spasibo.

P.S.
There was a jacuzzi tub in one of the bathrooms. This is just a hostel, you know. Normal or not, I don't know. Aye.

The difference between 130 and 1000 rubles has quite obvious explanation: in the second case taxi was called by phone. When you just catch taxi in a street, drivers are uncontrolled. Their managers will never know how much money you have really paid.

Don't worry, Aleksandr. Taxi drivers will never ruin the picture of Russia. Maybe my blog-writing-style is not like the average bloggers who only post the "heavenly" sides of a place. Heaven is in heaven. If there is a place on earth that only sounds like heaven, I would question the writer, reviewer, or whatever. Just as the saying goes, "nobody is perfect", I believe "no place (on earth) is heaven (a.k.a. perfect)".

I'm glad that You forgive taxi drivers for their grid