Finally, it's here, too.

"Eleven o'clock?? Since this is a private tour anyway, can't we start earlier so I can have more time to take pictures?"

Then she preached me about how weather is in winter, in Russia, and how the day starts late, and so on. Probably she thought, ah poor Indonesian girl, she has no idea about winter except snow. That was sort of the conversation via email with my travel agent prior to leaving for Russia.

Now, staying inside the hostel or sitting in a cafe until 10 o'clock would be the stupidest thing to do. 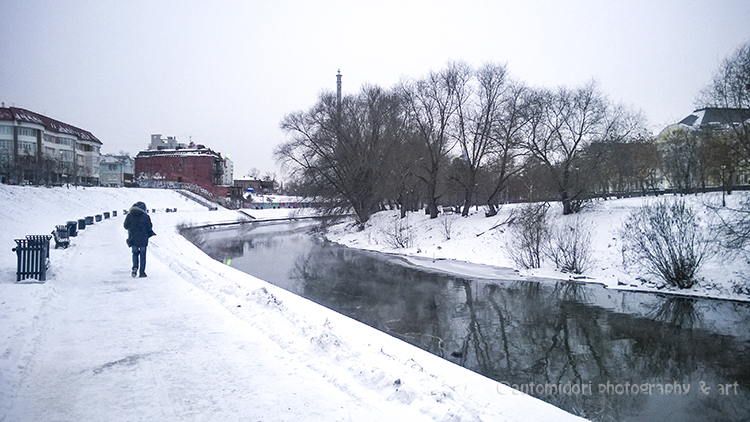 I walked to Iset River which was just a few steps from my doorsteps. Hmmm, a park on the bank of a river. Cool. Perfect place for seasons other than winter. 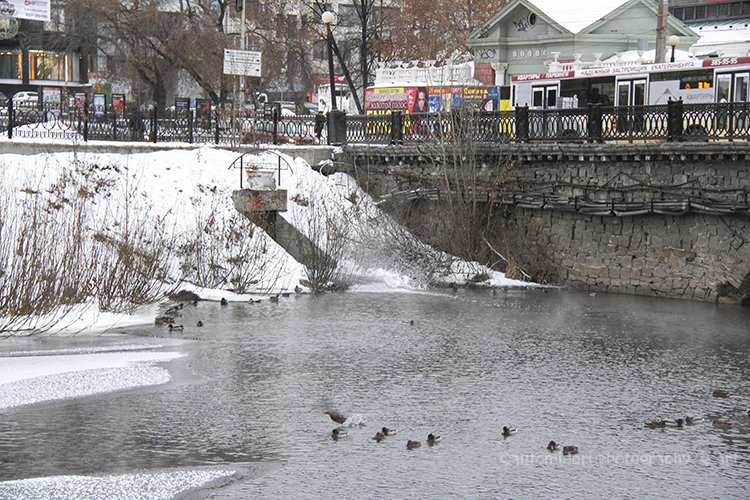 And then on the other side, under the bridge, I watched the ducks calling winter: heaven. 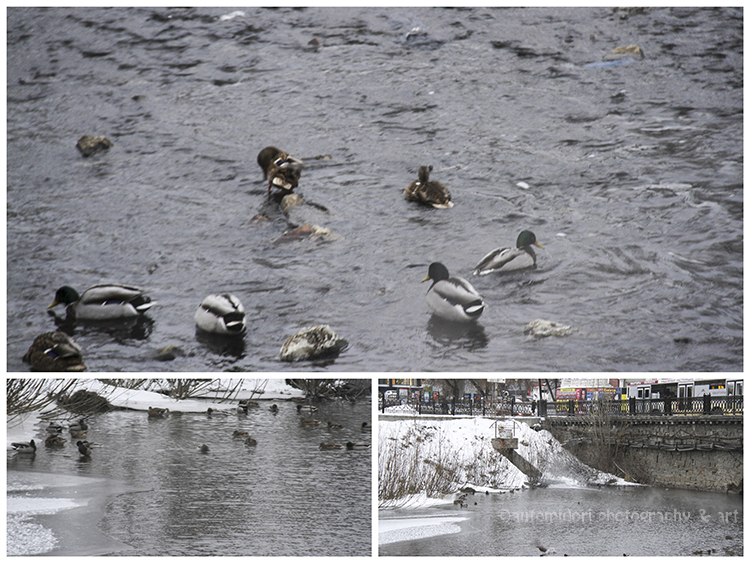 Like the birds on Kama River in Perm, they seemed to have lots of fun amidst of the cold. 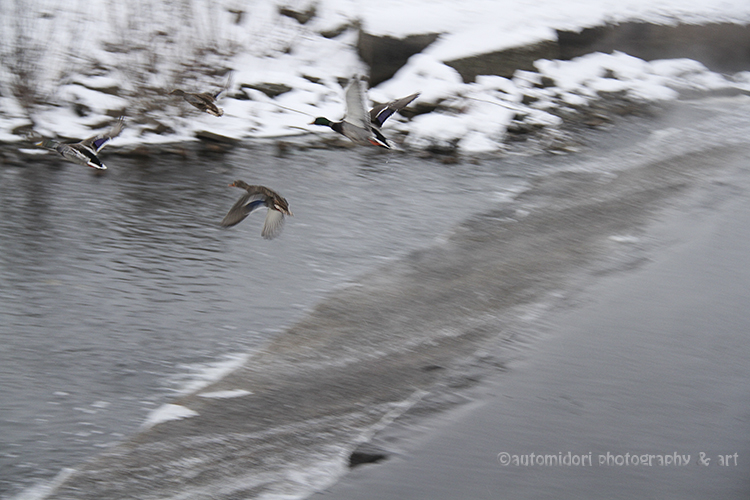 I failed to repeat the success of freezing the moment when the wings were spread wide like when I was in Vladimir. And yet, now I'm using an SLR instead of just a smartphone. 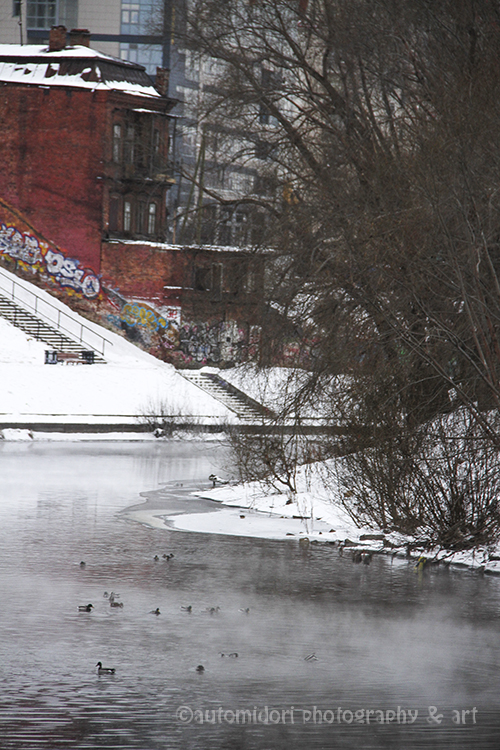 Ah, blame that on the floating mist above the surface of the river. It's always nice to blame something or someone. Nope? Aha. 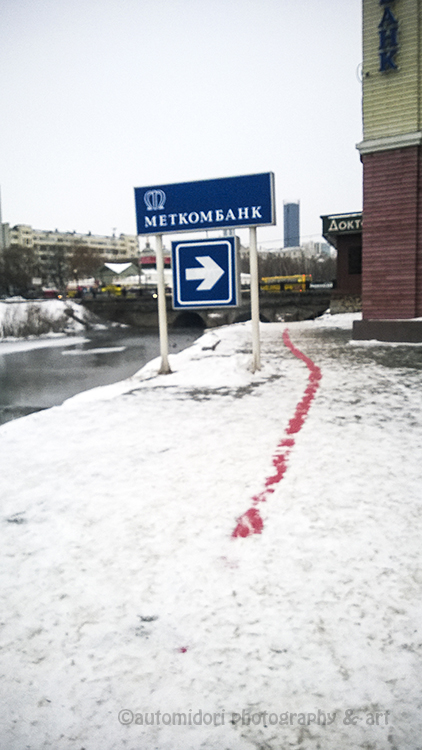 Wow. Apparently, Yekaterinburg also has a Red Tourist Guide Line -- how to say it? -- like in Perm. 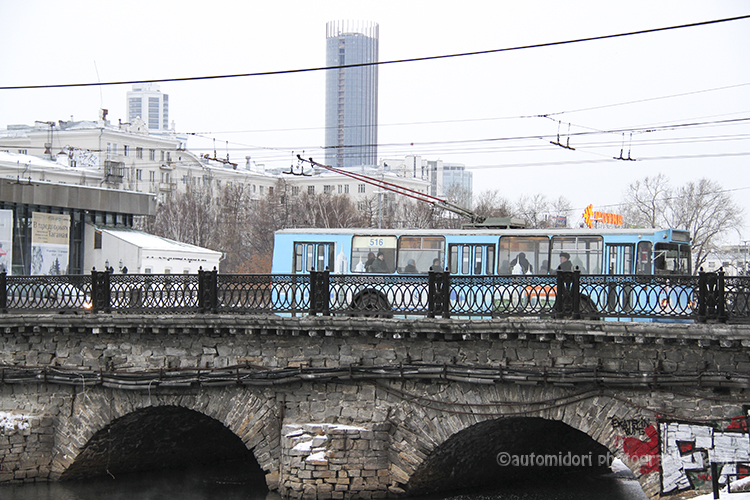 Had my tour guide picked me up at 2 o'clock, I would have made another collection of trams like I did in Khabarovsk and in Irkutsk. 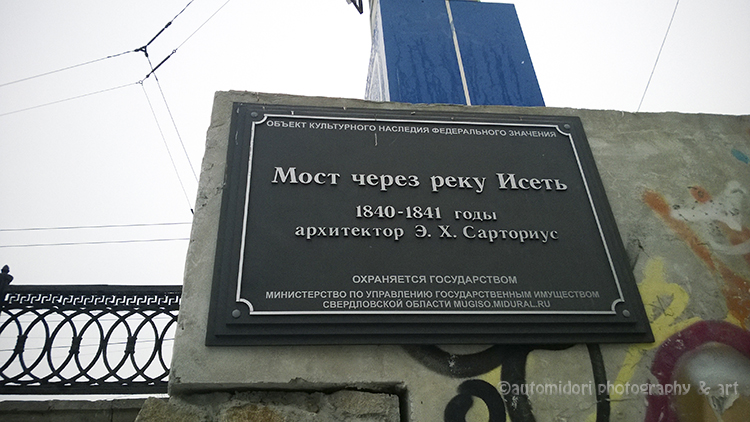 That was by the way, the first stone bridge across Iset River in Yekaterinburg, by E.H. Sartorius, the architect. This bridge is considered a cultural heritage. Uhm, is this Sartorius the Victoria Cross recipient, Euston Henry Sartorius? Uncle Google, Uncle Google, tell me what you think. 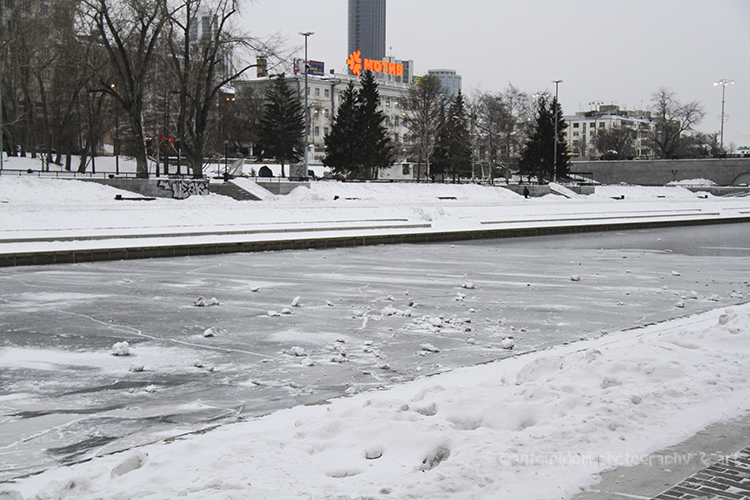 River on the other side of the bridge was closer to frozen. 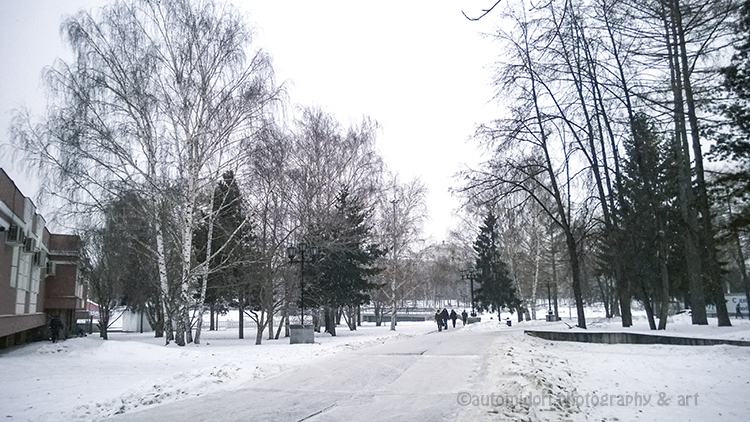 There was another park. Bigger. But suddenly... on my nose, on my cheek... what's that? Oh. It's snowing. 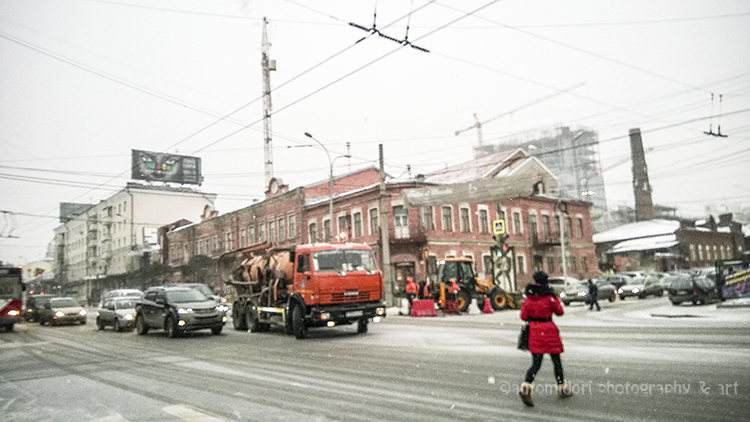 Ah, so I am in Russia. Confirmed. 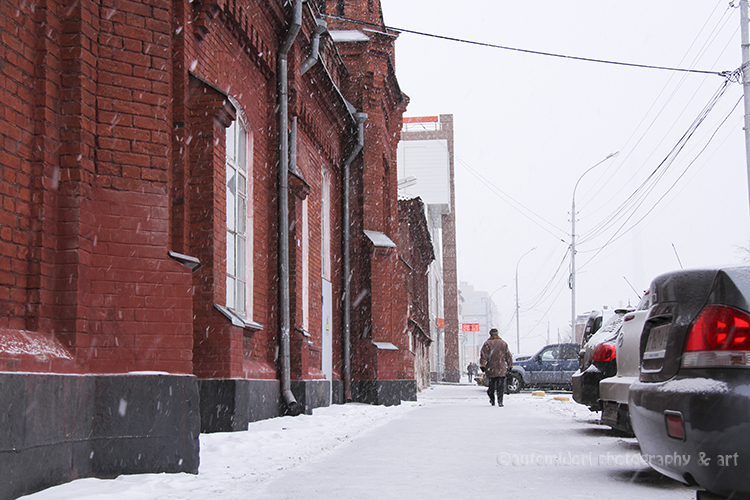 Wow! Wow! It's getting stronger, thicker, heavier! I was like I hadn't experienced snow for a year.

I looked up. Vladimir's head popped out from the window above me. Ah, this feels like a film scene. Aye.

"Your guide just called. She said, she will be late."

"Thanks! I'll take another round then." 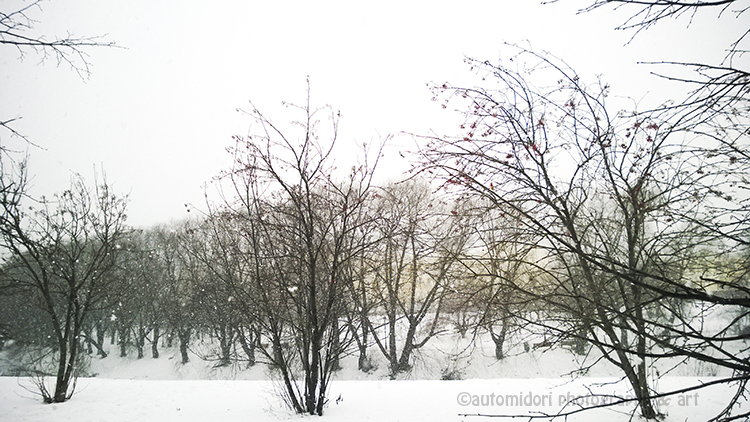 I was so impressed by the showering snow which I thought last night, had turned away from Yekaterinburg. I wished to frame it at its heaviest. Ahahaha. What a way to say. Two men walking by, stopped. They looked at my smartphone, turned to the direction where my smartphone pointed at, turned back to my smartphone. I smiled at them. As if awaken from a dream, they hastily continued walking. Sorry, Sir, back home I don't have this even in my refrigerator. 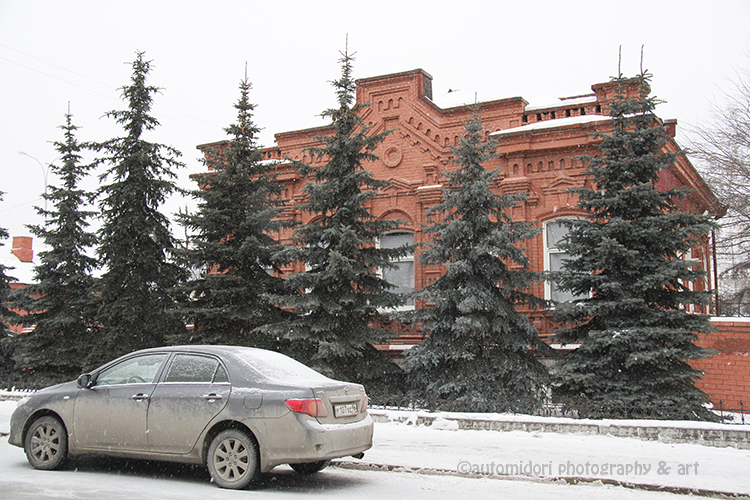 Boring? Blame that on my guide. Aha. 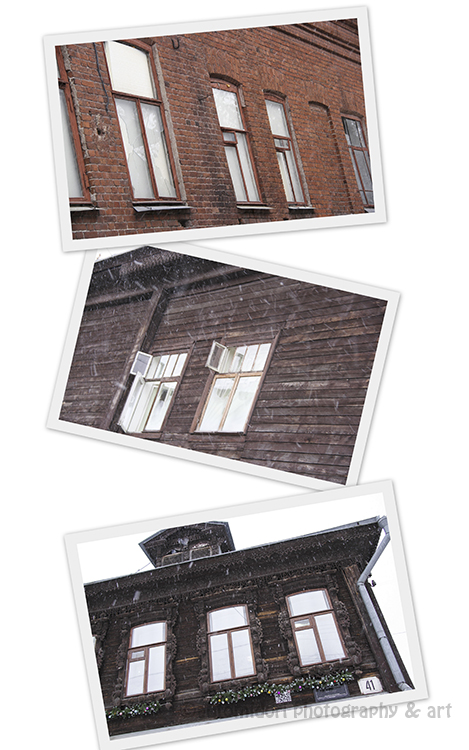 Windows, windows. That little window sash, is here also. I played with my camera by lowering the shutter speed and causing snow drops look like pieces of thread. Silly game.