Do They Eat Chili?

An intermezzo with some agar-agar.

A friend from my home country Whatsapped me: "Do they have sambal over there?"

What? Sambal? To any country, any city I go, I always check out the coffee in restaurants, and in supermarkets. However, I have never ever thought of chili. Not the least. Occasionally I do savor spicy food, though. I just never miss it. Never. I am sorry, Chili. Now, this is my third time already in Russia. I have traveled almost like from West Russia to East Russia, but never took any notice about chili. Quickly I recalled the restaurants I had visited from Vladivostok to Moscow. Errr...

"I don't remember seeing a bottle of chili sauce (sambal) prepared on the table in a restaurant like commonly done in our restaurants," I replied to her. "But I'll surely check that out."

So I asked Vladimir, my host, where the nearest supermarket was. Kindly he drew a line on the map he had given me on my arrival. 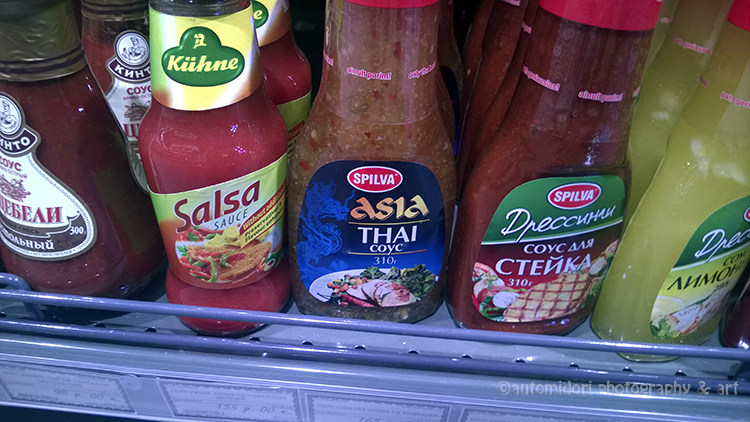 To my surprise: voila!! This Asia Thai thing, I need not to read, my eyes are well trained to recognize that that's chili. Confirmed. Judging by the visual look, the level of hotness would meet Indonesian standard. Aha. The bottle on the right looks like chili sauce, too. But maybe in Indonesia that would be kid's chili sauce. Salsa Sauce. Aha. Maybe that's just good enough to make one make some salsa steps. It looks more like tomato sauce, although the label suggests that it's chili pepper. 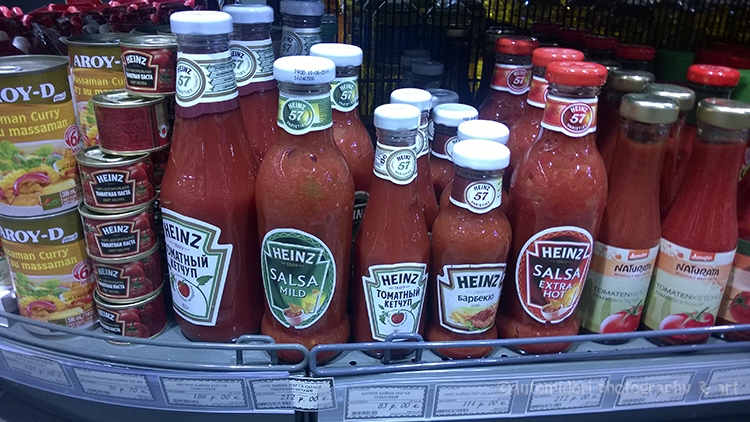 Oh... there are other kinds of salsa, from mild to extra hot. I wonder how hot is extra hot. And yeah, "Heinz", our supermarkets are familiar with that brand, although some might prefer our local "ABC" which is to us the ABC of instant seasoning. 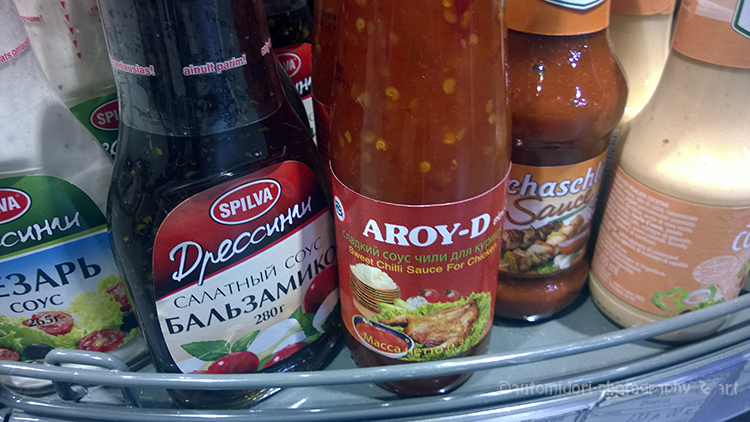 One more, it says "chili sauce for chicken" and it does look like chili sauce.

These chili bottles were placed on the lowest shelf. So I took the pictures while squatting and moving from left to right to left. The other customers walking behind me must be asking themselves, "What the hell is this foreign petite doing?? Documenting bottles?" 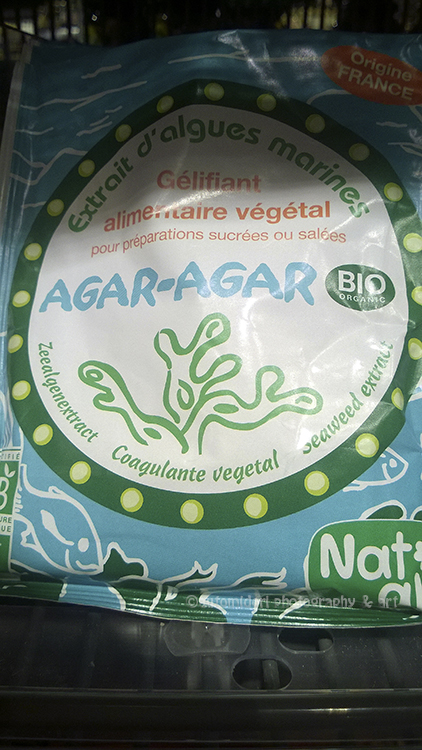 You know what, all the time, through aaall my life, I have always thought that "agar-agar" is an original Indonesian word. Dumbfounded am I now. Fine, there's chili sauce in Russia. But there's "agar-agar" too?? I ran to Uncle Google.

Agar is derived from the polysaccharide agarose, which forms the supporting structure in the cell walls of certain species of algae, and which is released on boiling. These algae are known as agarophytes and belong to the Rhodophyta (red algae) phylum. Agar is actually the resulting mixture of two components: the linear polysaccharide agarose, and a heterogeneous mixture of smaller molecules called agaropectin...

... The word "agar" comes from agar-agar, the Malay/Indonesian name for red algae (Gigartina, Gracilaria) from which the jelly is produced, and is also an ingredient in traditional Malay and Japanese desserts.
As told by: Wikipedia.

My mom was the cook and the word Agar-agar is familiar with the identities. In the USSR, it was used for desserts.

Yeah that's interesting. It looks like that we all use agar agar for making desserts.