From the zoo to liberty.

Today the streets were even quieter than last night. 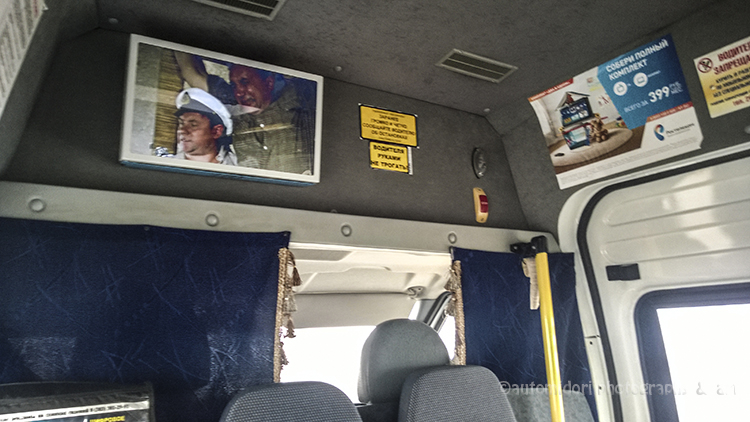 Wow! There's a TV inside my marshrutka. Cool. Such a public commoner's transportation for 16 RUB and yet there's a TV of good quality inside. For me, that was luxury. The only not good thing was I didn't understand what the movie (news?) was about. Anyway, pay attention on the road, and on your GPS! No more getting lost. 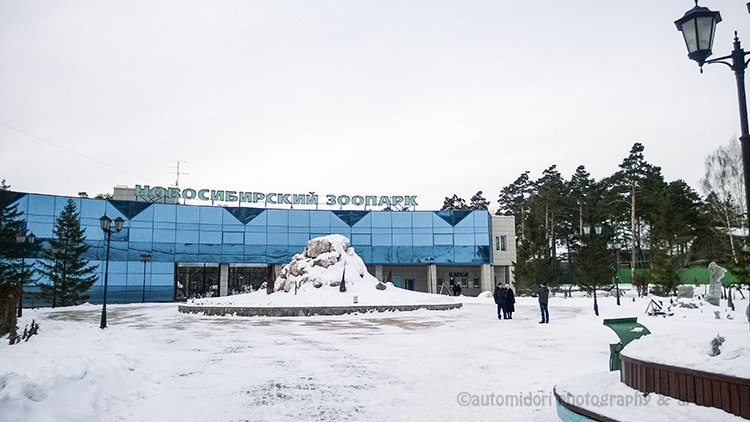 Novosibirsk Zoopark was entirely different than that of last summer. No flowers, no pigeons, no people. Last summer I hesitated entering because there were too many visitors. Now I hesitate walking further, fearing the zoo would be closed.

No, it wasn't. Proudly I wore the wristband, being proud with myself. Yay! The biggest zoo in Russia the biggest country in the world! My hostel staffs and fellow guests must have thought I have never been to a zoo my entire life, for I didn't cut off the wristband even till the next day, and the next day. Kampungan, so be it. 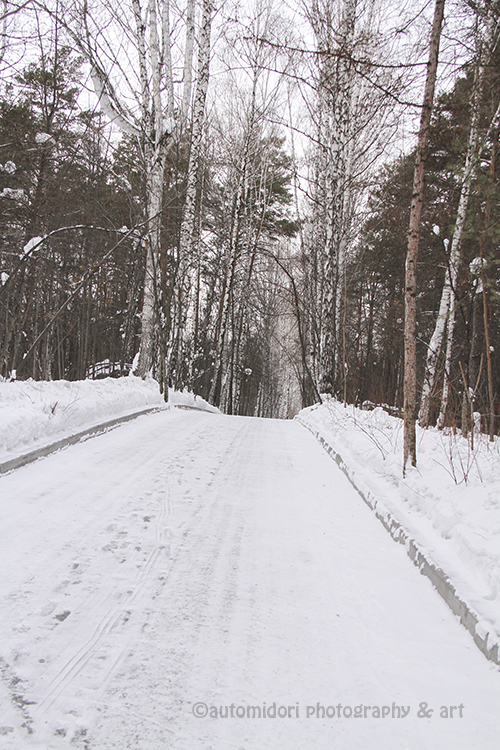 Novosibirsk Zoopark is not just a zoo. It's a zoopark. Aside of the area filled with cages is a huge boundless area. Having nobody else in sight (at that time), an inch of worry crept inside me. Are there bears here? 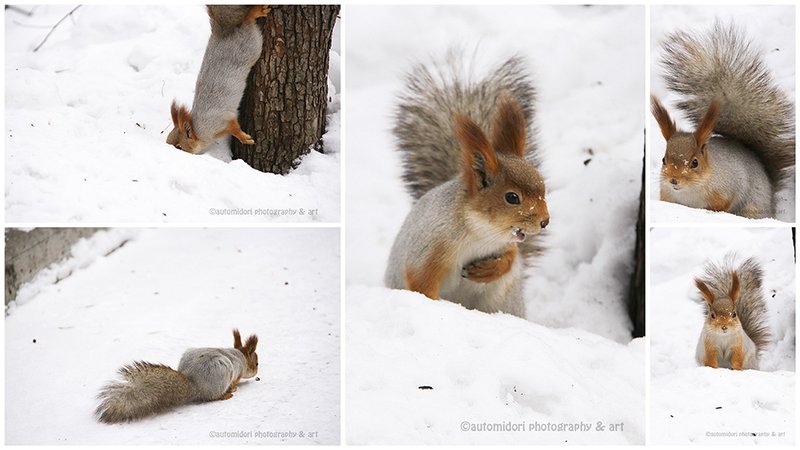 That nobody-around turned into a blessing in disguise for me. For the first time in my life I saw squirrels for real, and close. They bounced up and down the trees, crossed the walking path, 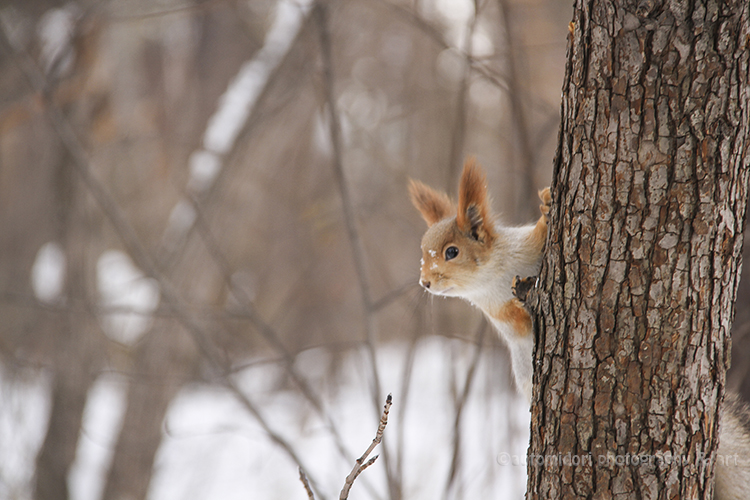 paused for a pose -- wagged their bushy tails... and I forgot about bears.

The cutest pose of all was however, this one! (Too bad, I cannot get it embed nor linked here.) It paused for several seconds in front of me like "Don't you bring any nuts for me?"

I'm not exaggerating by saying that the way the squirrel looked at me brought me second guilt, reminding me of my driver last night. That also became the first time an animal's look made me feel guilty. 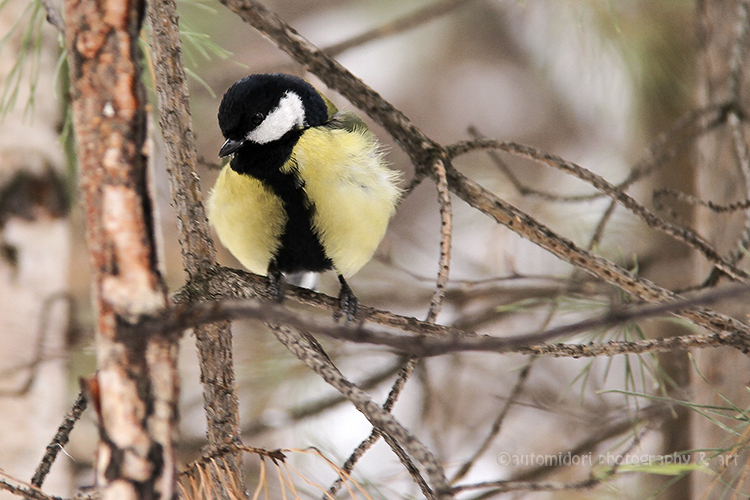 Besides squirrels, were also some robins. 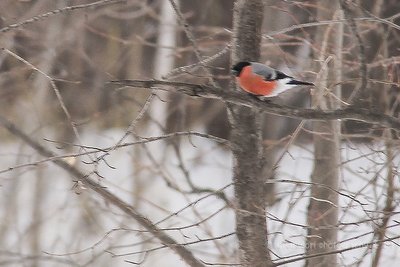 Nevertheless, unlike the squirrels, they kept distances and were cautious every time I pointed my lens at any of them. Of this red one, this is the only best I could get in a far distance. 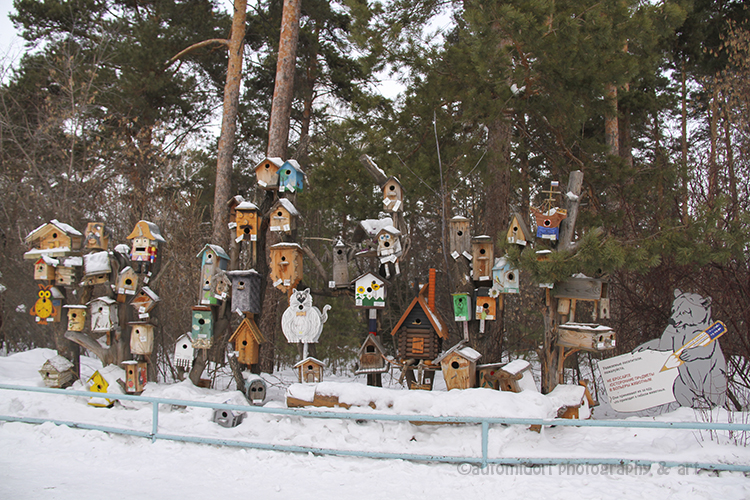 Speaking of birds, cute birdhouses decorated the pathway. It looks like there's a birdhouse-making competition. Cool. This reminds me of the birdhouses I saw at Stolby Nature Reserve, Krasnoyarsk. 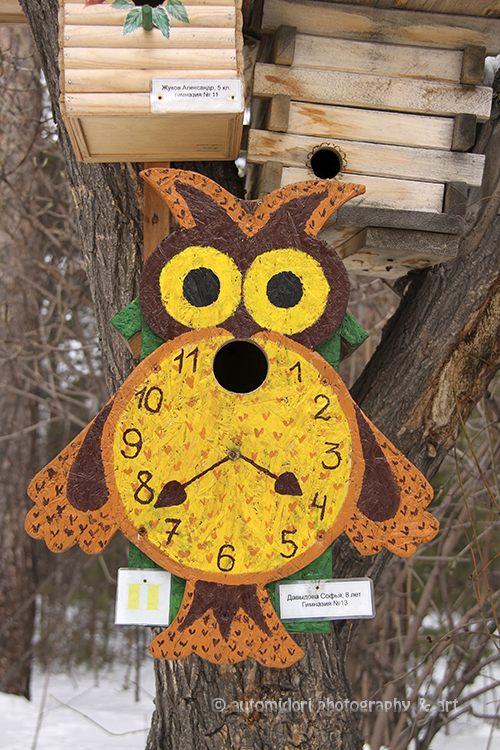 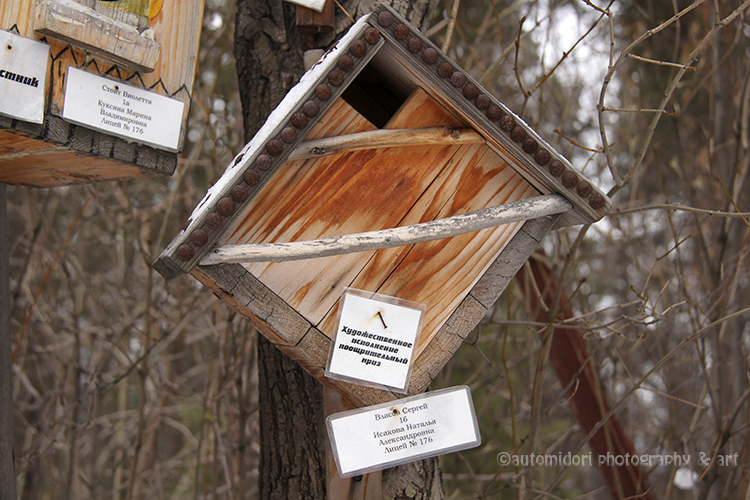 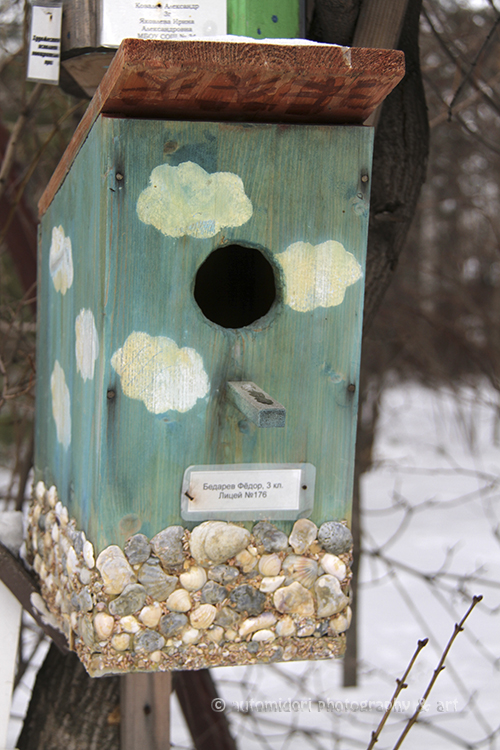 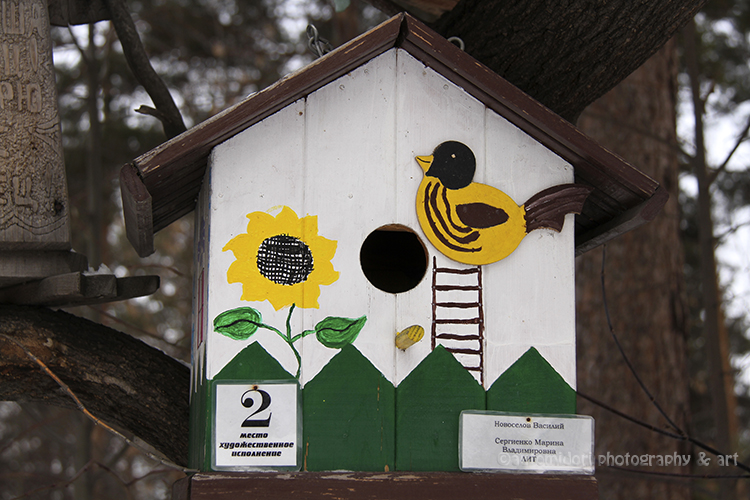 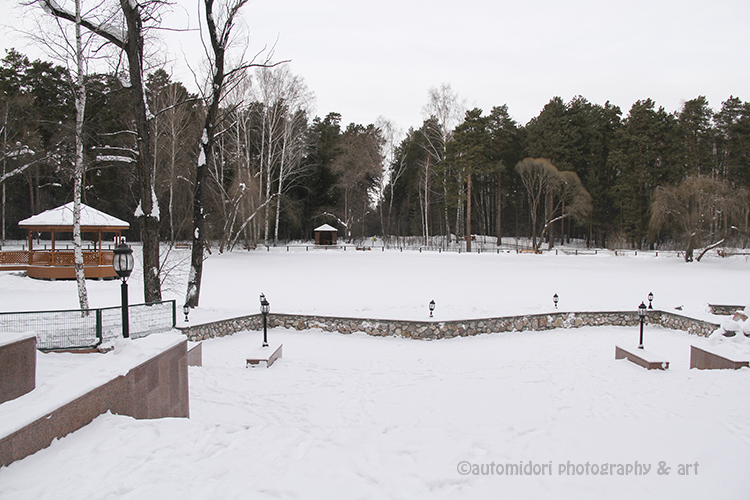 Frozen lake. Tell me which is ground, which is lake. Aha. 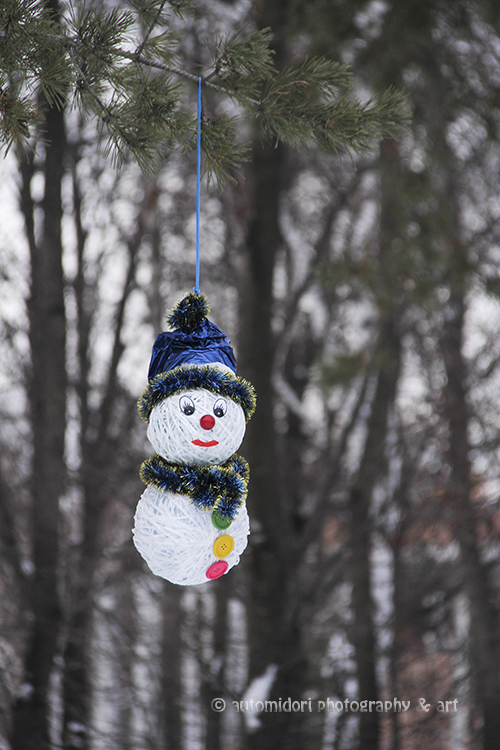 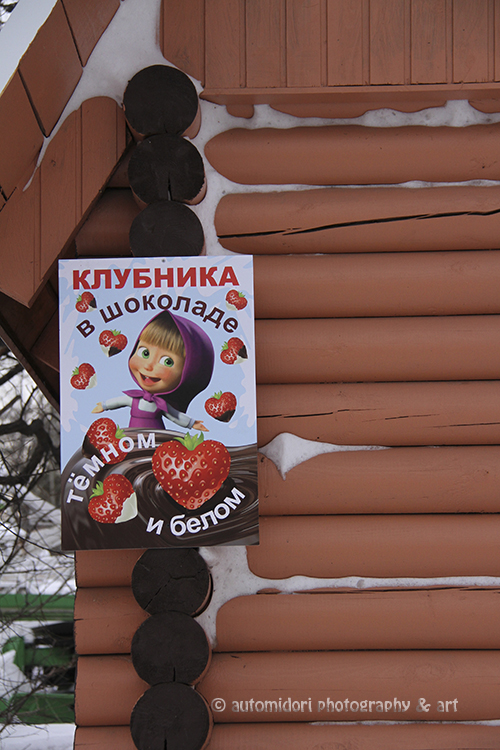 Oh yeah, there were one or two opened, I remember now. However, I suggest you bring your own meal in case you visit Novosibirsk Zoopark during winter.

Some cages appeared empty. I guess they were being kept from the cold. But on the other hand, animals naturally built for the cold appeared active. On the contrary, I suppose, these animals would be lazy, idle, sleeping... no fun to watch, in case of summer. 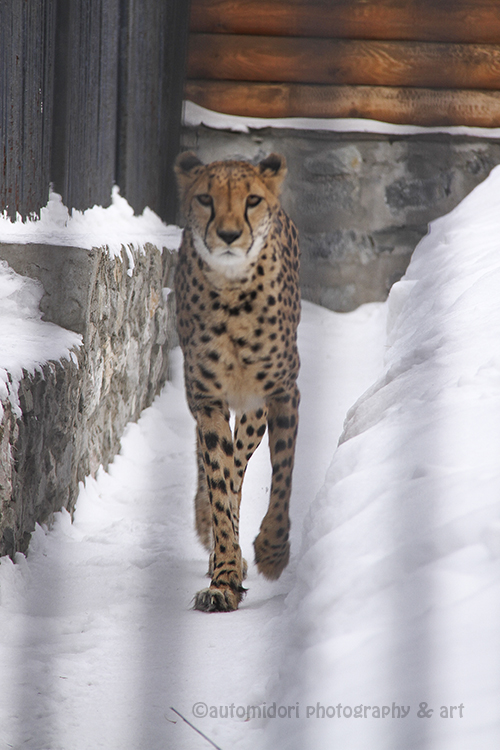 Yuhuu. Let me tell you about dignity. 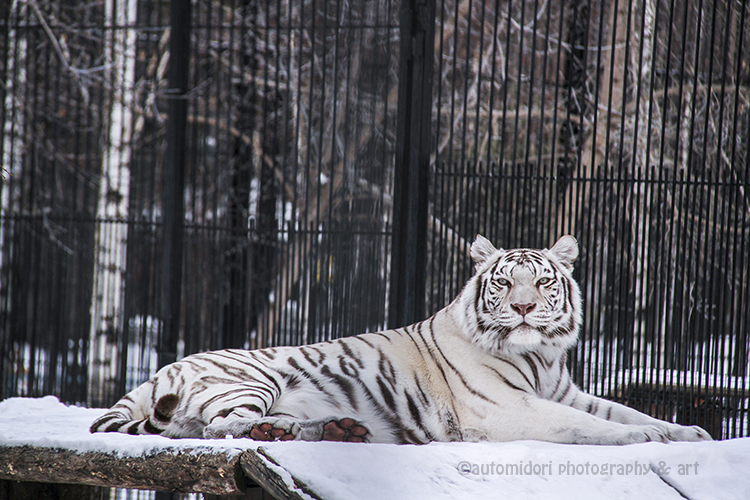 And I, will teach you about Siberia! 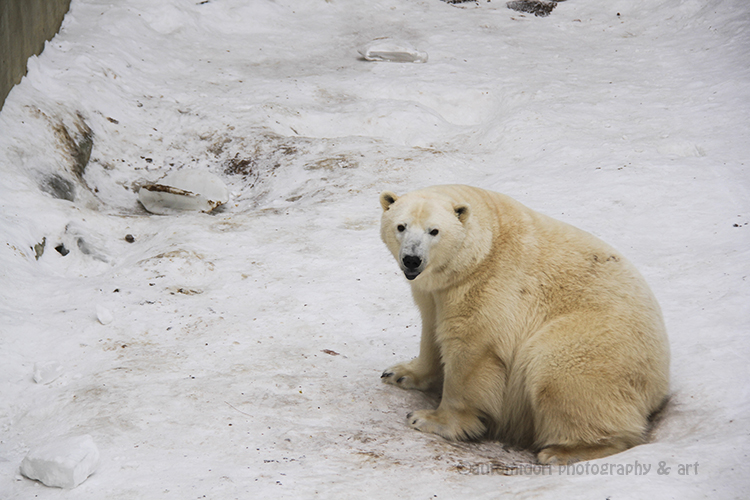 Can you teach me about Facebooking? 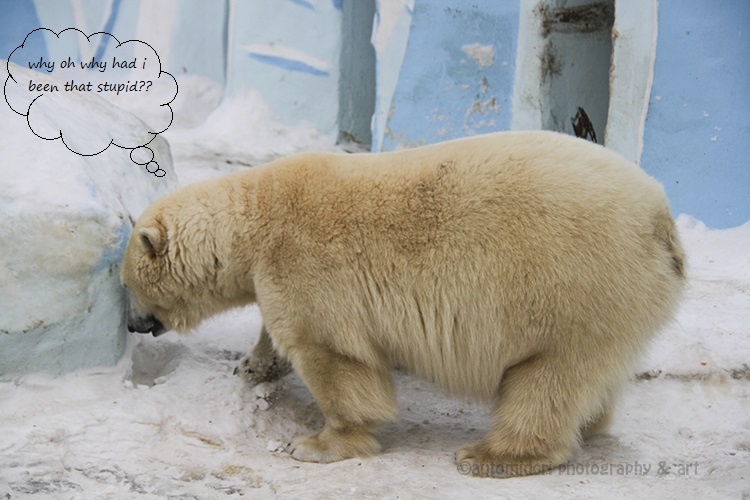 It has been said.

Meerkat. It was my first time also, seeing them for real. I made a video of them, but it turned out blurry. Apparently I had been too excited and forgot to press focus. Ah, Masha would have cried, "Focus! Focus!" Judging by their look and way of dealing with the padlock, I think meerkats are intelligent animals. Click on my slideshow above, you'll see.

The meerkats made such a noise with the padlock that a zoo ranger came to us. Maybe he thought I was attempting to free the meerkats. 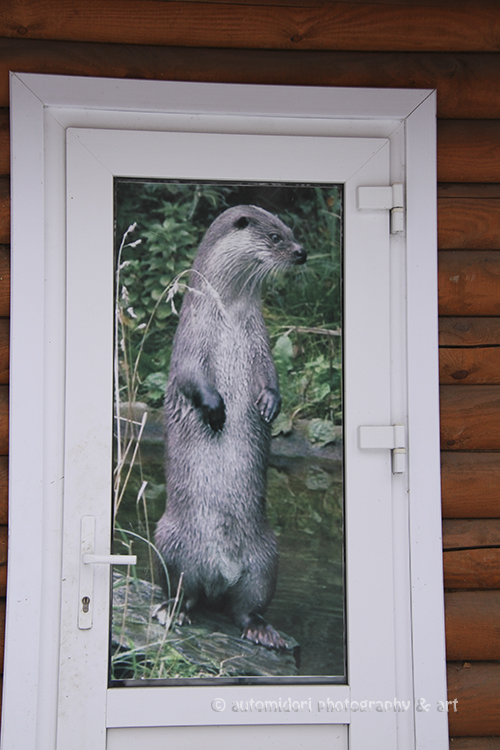 To the house of meerkat :D

There were other caged active animals outdoors such as horses, wolfs, deer, etc. Hence, do not hesitate even it's winter. If you want to meet wild birds and squirrels, come early. But if you are a party guy, come after twelve. I forgot that life starts late in Russia, regardless of what season. People go outside late and stay outside until late. So was it here. As afternoon came, visitors came.

If the minus twenty something degree forces you indoors, you still have plenty of choices. Of course most of them were the tropical animals which I have seen already. I laughed -- not aloud of course -- seeing Russians getting so excited with orangutans. They wanted their pictures taken perfectly at the precise moment when orangutan was sticking its body on the glass wall arms raised. Poor you, guys. Aye. 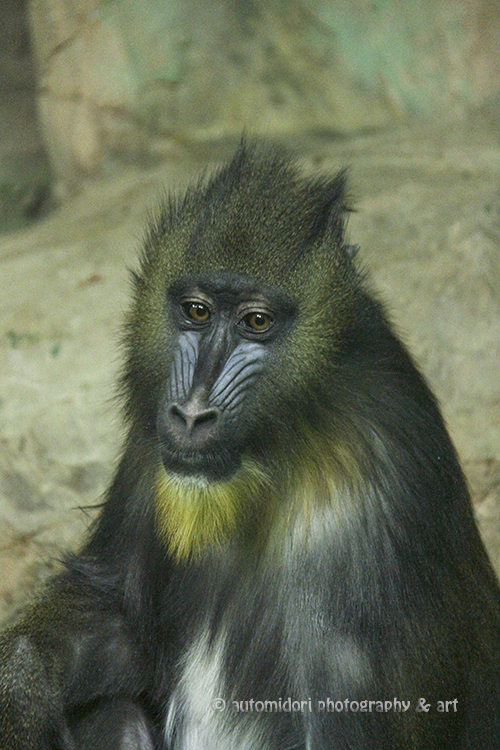 But soon, like a slap on my face, I realized, I don't know all. To name just one: A mandrill. 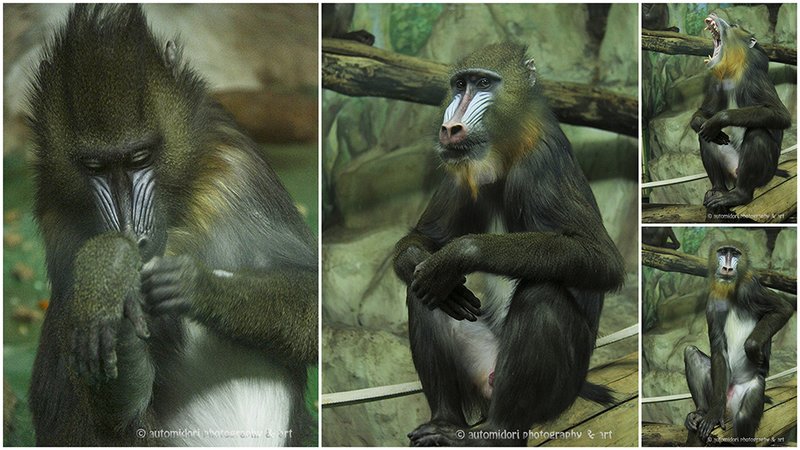 I tried to capture its rear as well. However, I captured too close, that it became far from beautiful instead. I'm not including the picture here. Just in case you are reading my blog while having a meal. Aha. Besides, I think it wasn't mating season at that time. Otherwise, the rear of the males would have been more colorful. 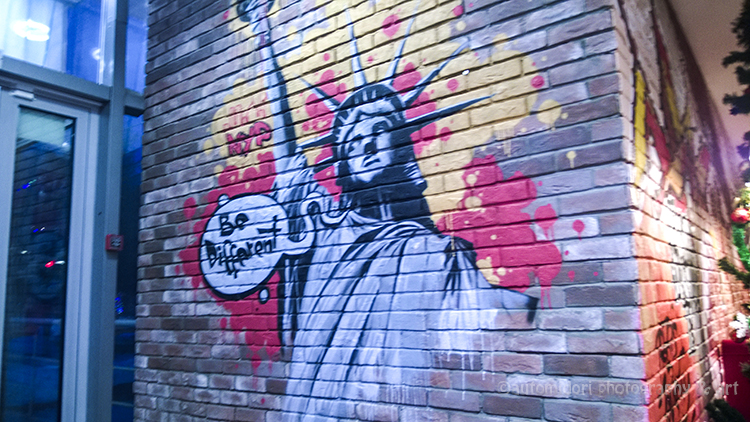 Back to my hostel, without getting lost anymore, I stopped at New York Pizza for dinner. This is the pizza house that had liberated me last night. The name sounded unique, the restaurant stood out on the corner, easy to remember. Thus when I saw it, I immediately recognized the lane to my hostel. Inside, Liberty Pizza... eh, New York Pizza, became even more unique. All the waiters and waitresses were Chinese and for a split of second I was like, "Wait. Have I entered the wrong restaurant? Is it pizza or noodle here?" None of the waiters spoke the language of Liberty. I tried to communicate through the e-Translator on my smartphone, but they didn't bother to look. Oh well, typical Chinese (based on China mainland traveling experience). You cannot speak, it's your problem. Be different. It's written on the wall. :P 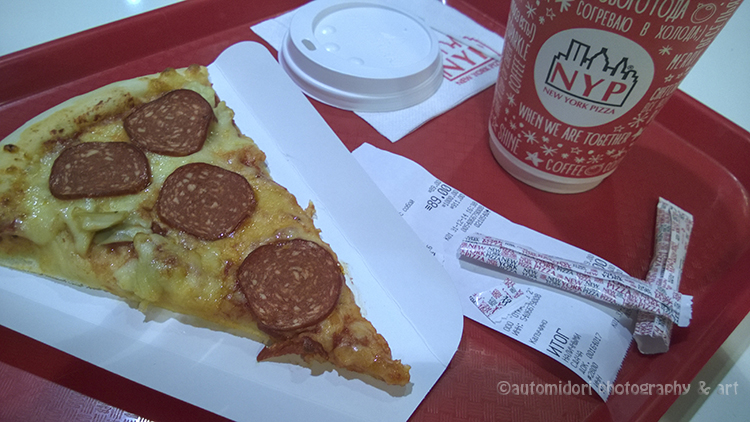 Hence, I just blindly pointed at a word on the menu. As for coffee, I'm rather familiar with the names in Russian, so that was not a problem. [Coffee is the quickest thing I learn regarding to food in any country.]