By Leisure at Vladivostok Railway Station

I thought I was a train expert. 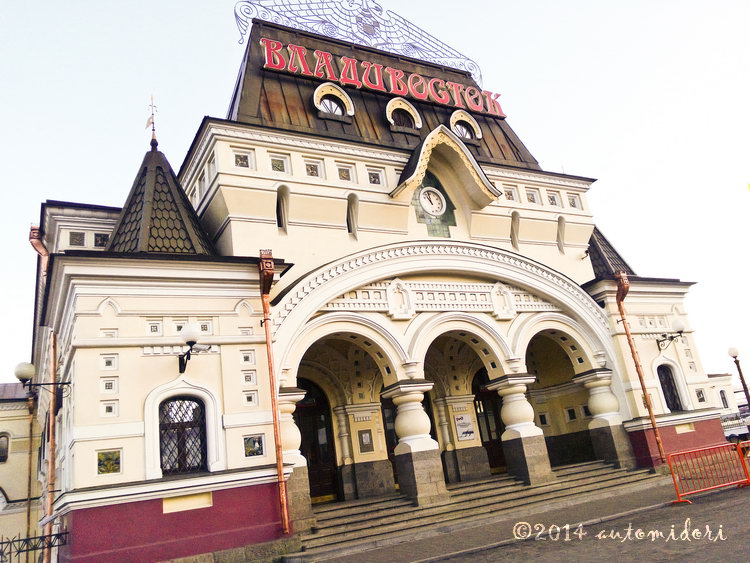 Leisurely I walked from Zemchuzhina Hotel to the railway station. I still had more than an hour before the train departure. For train addicts like me, be noted that Russia is divided into nine time zones. Yes, NINE. However, all trains in Russia operate by Moscow time. Hence, no matter of what part in Russia you are, the time schedule will be written according to Moscow time, and so is every clock at the train station. Look, under the roof there it shows 10:55. That's in Moscow. Actually it was 17:55, because there's 7 hours time difference between Moscow time and Vladivostok time. 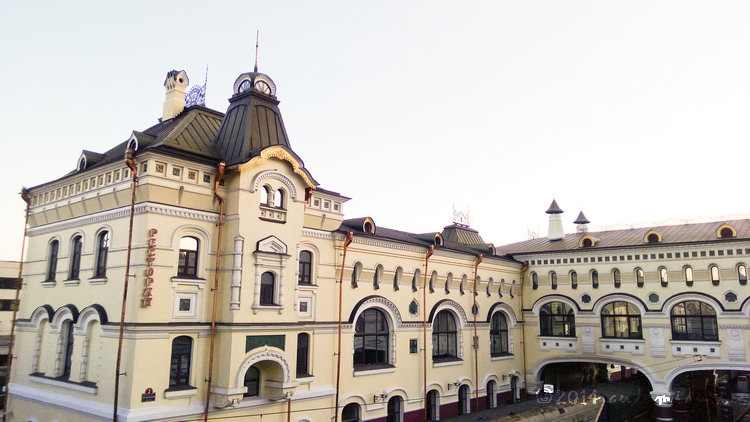 On the left side there is a bridge that crosses over the railroads and leads to the harbor. Here's the view of Vladivostok Railway Station taken from the middle of the bridge. 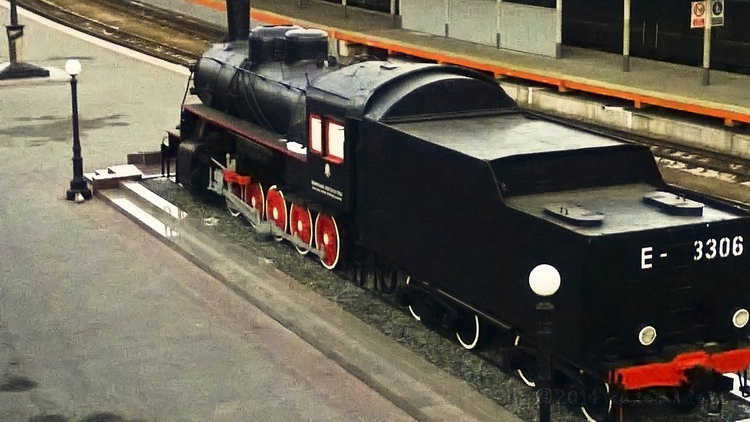 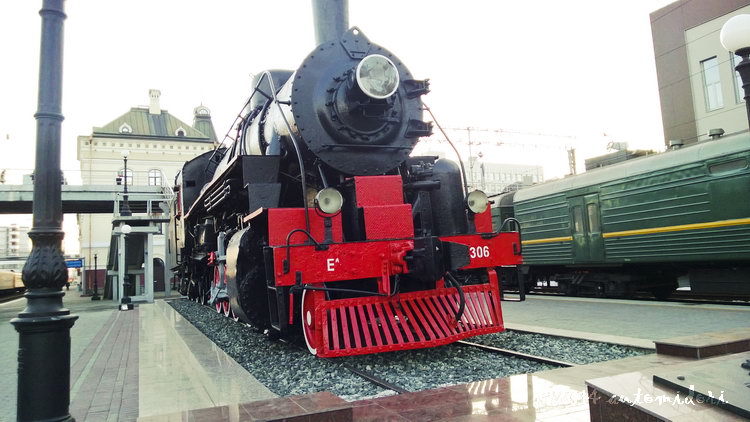 Actually in the middle of the bridge there are stairs that lead straight to the platform. So I went down. 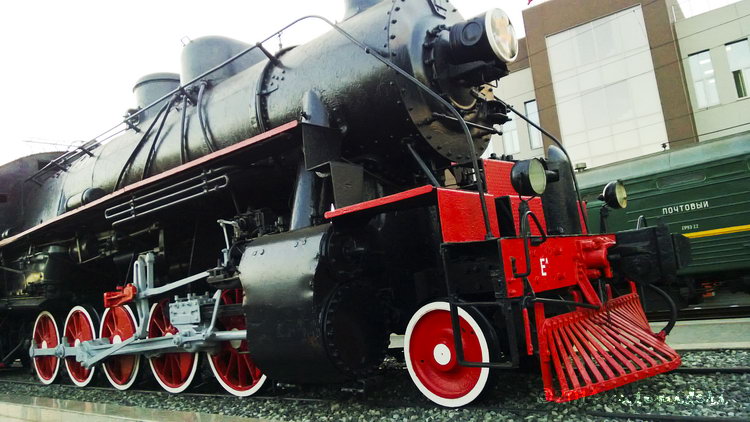 Uhm, this reminds me of my toy train when I was a kid. Ah, maybe your toy determines who you are. Aha. 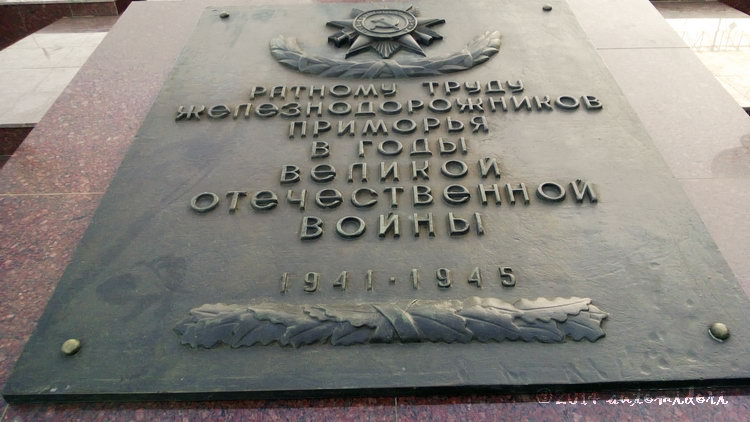 Just in case you understand Russian. I don't.

"Enough taking pictures. You'll be late for your train," said a voice in my heart.

"There's still plenty of time. I'm at the station already. I just need to get on the train," I argued. I thought I was a train expert.

However, I began to feel uneasy. I returned Lumia into my pouch and headed back to the main entrance where the clock pointing Moscow time was. As any other station, there were rows of chairs in the lobby. With China's train system in mind, I took a seat. It wasn't quite a big lobby. I looked around figuring out through which gate I should exit for my train. Hmmm, there's no sign. Not for my train number, neither for any other. Maybe the waiting room is not here, I thought to myself. So I walked through a doorway and went upstairs. In China, train stations are sometimes like that, aren't they? But the second floor was quiet. It seemed like an office area.

Okay, maybe I should go to the basement. In China, train stations are sometimes like that too, aren't they? Well, this can be either the first floor or the basement, depending from where you entered. I told you, Vladivostok is a hilly city.

Ah! That's the machine with an @ sign. I was told to exchange my e-ticket for Birobidzhan - Khabarovsk at the @ sign and could be done in BirobidzhanRailway Station. But since I still have plenty of time -- don't I? -- why not do it now so I would have more time in Birobidzhan?

I stood in front of the machine searching for "English". Uhmmm. Where is it? It's usually at the corner, isn't it? Suddenly a young man in uniform stood beside to me. "Houskvousk rousk vousk?"

I had to show him which one was my passport ID.

And tara! A piece of white paper, similar to flight boarding passes, slipped out from the machine. This young man handed it to me satisfactorily. But why only one? He put the ticket together with my e-ticket for Vladivostok - Birobidzhan. "Houskvousk rousk vousk." he said.

"How about this one?" I asked.

"Houskvousk rousk vousk." He pointed to the doorway and then to the right. To my understanding, I was to exchange my ticket over there.

So I walked through the doorway and found counters on the right side. "Excuse me. I want to exchange this ticket, please."

To my surprise, the lady behind the counter replied, "We don't exchange tickets here." in English.

"Over there." She pointed to the direction where I had come from.

"I had been there, but was told to go here."

"We don't exchange tickets here." in a tone like. "Don't you understand?"

I shuddered. What if this ticket from the train agent turned out to be useless? What if I have to purchase a ticket again? How much would it cost? What if there aren't seats available anymore? What if...

Suddenly the young man in uniform was standing next to me again. "Houskvousk rousk vousk?" he said to the lady behind the counter.

The young man waved his left hand at me and signaled me to follow. We returned to the @ machine and his fingers ballet on the screen again. I prepared my passport.

"Passport? Here you are." He laughed.

Tara! Another boarding pass slipped out from the machine. I bowed my head towards him repeatedly. "Thank you very much! Thank you."

He smiled with satisfaction.

Now, from where can I get to my train? I tried to figure out every sign, but was totally clueless. Then I saw a middle-aged man sitting near the door. He wore the same uniform as the young man just now.

"Excuse me. From where should I get on this train?" I handed him my brand new ticket.

Just with one glance on my ticket, then he pointed to the platform outside.

Whatever that was, I assumed my understanding was correct. I said thank you, and he, too, smiled satisfactorily as if he had completed the most difficult task of the day. 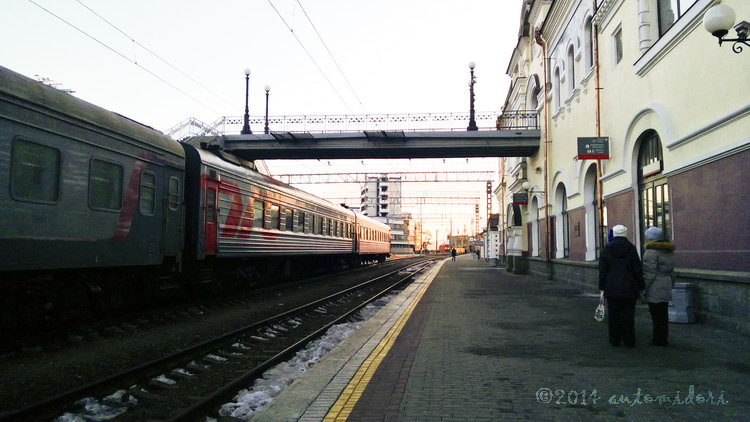 The train on the next platform was livelier. A lady in uniform stood next to the door. She checked the passengers' tickets, and they got up one by one. Ah, that's like China, I said to myself. I joined the queue.

Confidently, I handed my passport and ticket.

"Agghha, agghha. Agghha." Her eyes rolled up and down from my ticket to my passport, and to my ticket again. It seemed like she was checking every letter. I waited anxiously like a student waiting for her teacher finish checking her homework. Did I do it right? Did I make a lot of mistakes?

Unlike in China, there were only two three crews standing at the door. Not all doors were opened. I literally had to walk from one end of the train to the other end. Now I understand why I actually didn't have as much time as I thought I had. Exchanging tickets, finding which platform, which cart, those take time. Now I understand, I'm not yet a train expert. 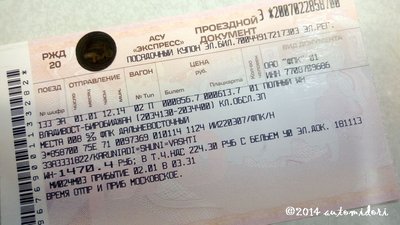 Ticket verified, I got on the train, finally. Where's my bunk? I was just about to count the numbers when the crew who checked my ticket stood next to me. She ushered me to my bunk, and then tapped her hand continuously on the upper berth. "Houskvousk rousk vousk." with a smile of hospitality. Yeah, that's my berth.

I was touched and amazed at the same time. So, she had left her post in order to usher a foreigner to her bunk, while the passengers outside waited for her to return? How kind!!