The Little Things Around Sonja

Although I didn't exactly get what I had come for in Birobidzhan, I felt for their winter joy, I had a taste of their daily life. 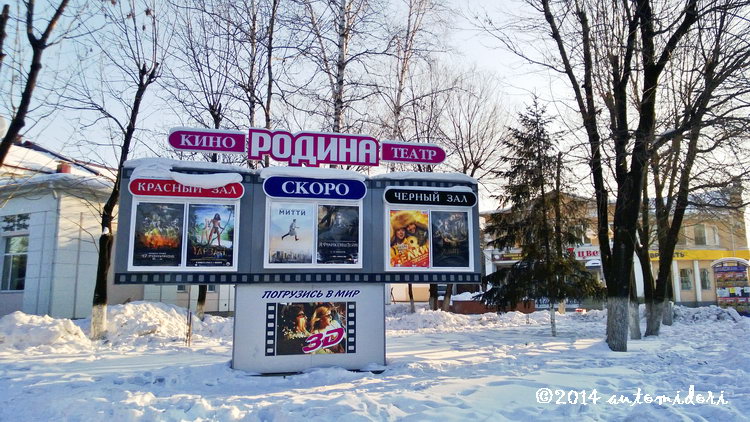 Movie, anyone? The only one I can guess is the one on the most right. That must be "Hobbit". Right?

The theater is a 3 minutes walk from the railway station. So is the hotel and shopping centers. I should not have been surprise that one of the shopping centers were occupied by Chinese merchants, because Birobidzhan lies along the border with China. Most of their merchandises were coats and shoes. How amazing it is to me that they seem to speak fluent Russian with their customers. I examined the Russian customers' facial expression. None showed signs of stress. Is Russian easier for Chinese people than English?? Later on when I met other Chinese in Khabarovsk and heard them speak Russian, the more I couldn't get it.

I noticed the shopkeepers looking at me kind of surprise. Their slanting eyes widen. I passed by a shop where two ladies were chatting in front of the shop. They instantly stopped talking when they saw me and that made me feel uneasy.

In the middle of the complex was a park which would have been nice for a chit chat while sharing a package of snack -- in summer. In a freezing time like now, even sparrows prefer to keep warm on their private seats. 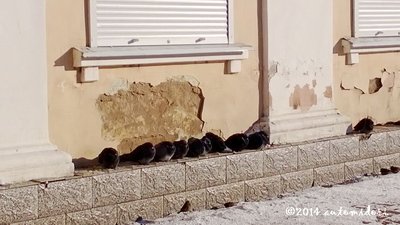 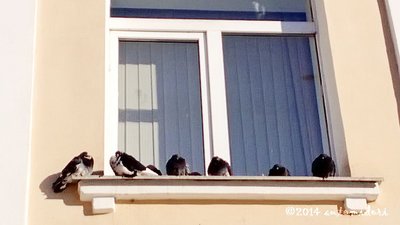 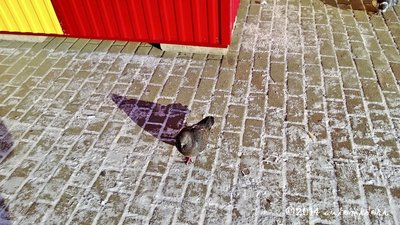 By luck, a bite or two might be left by passers-by between ice snow on the ground. Some frozen food maybe? 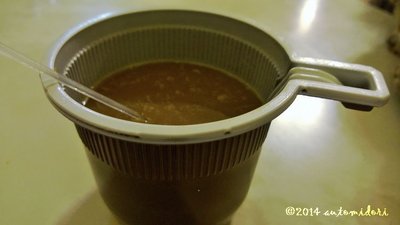 Next to Vostoc Hotel, there's a small coffee shop. For the first time I experienced a disposal cup with an ear. It turned out common in Russia.

In this coffee shop I did another first-time thing: Hanging my winter coat on a hook coat stand. The hook coat stand looked exactly like the ones in classic movies. Since I was a kid I had been impressed by the scenes in Western movies where one opened the door, stepped in, and then hung their coat -- I thought it was a raincoat like Dad's but super thick -- on a hook coat stand by the door. In our home, we had hooks behind our bedroom doors. Mom's house regulation was that everyone who comes home has to exchange their clothes and hang the clothes worn outside on the hook behind the bedroom door. Therefore it was interesting for me to see people taking off their clothe in the living room. For me who only knew dry season and rainy season, taking off just a coat was no difference than taking off clothes. In my home, nobody does that in the living room. Moreover, it was interesting for me to see people hang clothes on a hook that does not stick behind a door or on a wall. It was interesting that people hung clothes in the living room. I concluded that was how rich people live. Thus I was excited when at last I could do what rich people do. While sipping my coffee, I looked at my winter coat on the hook stand feeling contented. Maybe I have never grown up.

"Where's the toilet?" I asked an officer in uniform at the railway station.

"No. I want to go to the toilet. Where is the toilet? Toilet."

Another lady officer approached. "Get out there and turn to the left."

I walked to the left while looking at the signs above, guessing which one said "Toilet".

"Nǐ yào shàng cèsuǒ ma?" suddenly I heard behind me.

“Duì ā," I replied but my mouth was still half opened. This guy's looks and accent confirmed he was definitely not Chinese. I quickly told him that I don't speak much Chinese and he quickly responded that he doesn't either. "Do you speak English?" I asked.

"Bù huì, bù huì," to my disappointment he replied. 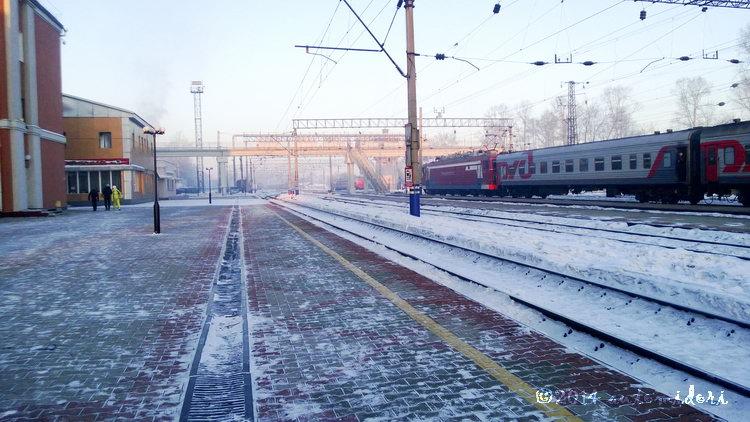 The toilet was separated from the main building. Remember this photo? As we walked along this path, he asked me where I came from, whether I had been to China, and so on. Our conversation went in equally broken Chinese. A woman, probably his mother, walked along next to him.

There was a small building structure with a wheelchair path next to it. That must be it, I thought. So I bowed down to them and thanked them. "Xièxiè nǐmen."

The lady waved her hand to me. But her son said somehting to her, "Houskvousk rousk vousk." She stepped forward and followed me. Oh maybe she needs to go to the restroom, too, I thought.

Inside, she said to me, "Houskvousk rousk vousk." and pointed to the ladies section. "Thank you, thank you!" And she left. Oh so her son wanted her to make sure I got into the right section. How kind.

I had been anxious about how the toilet might be and was very relieved that everything was white clean and fragrant. On the ceiling between the men section and ladies section hung a bird cage. The light green bird was chirping cheerfully. Of course! Isn't it fortunate to be well kept from the freezing minus 20 something outside? Suddenly again, "Houskvousk rousk vousk." I turned my head. A lady behind a counter tapped her hand on the counter. Ooops! I forgot. I haven't paid the fee.

The ladies section had a small compartment with three nice soft chairs and a big mirror on the wall. I have never seen such kind of chairs put in a restroom. It should be in someone's living room. I put my backpack on the chair, took off my hat, my shawl, tidy my sweater, put on moisturizing cream on my face, comb my hair... all the girly things. Every time after someone uses the closet, someone would mop the floor and flush water although already flushed. No wonder it's so clean.

That very second, I fell in love with the name. Sonja. That sounds... so me. 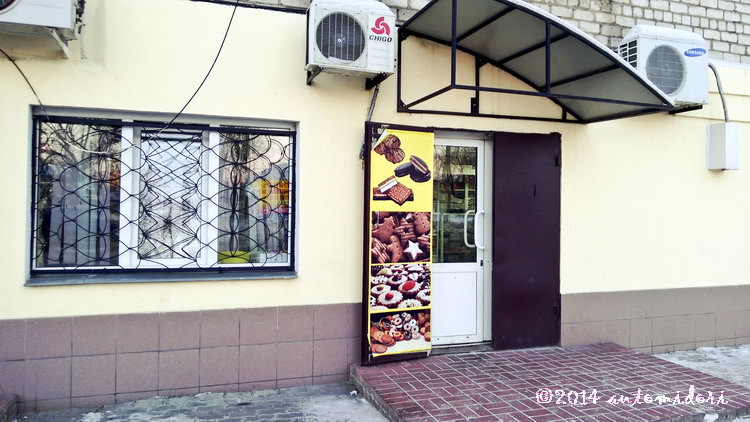 On the way back to the railway station from my silly bus adventure, my eyes caught sight of this. I got off the bus. Inside the shop, I was greeted by the smell of butter. Sooo mouthwatering. 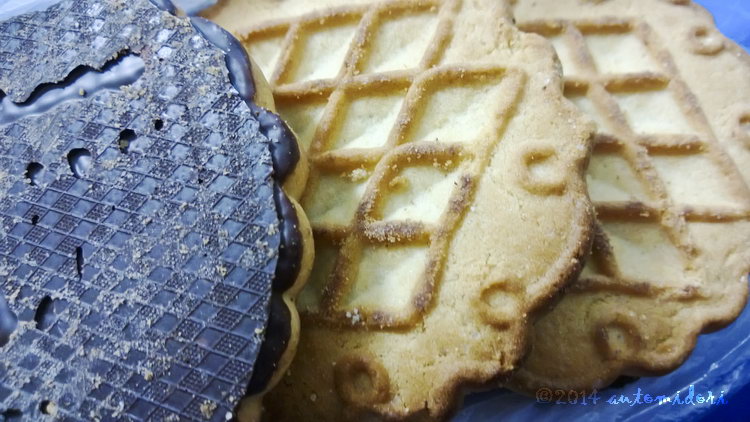 I bought 4 pieces of this. I discovered later that Russians seem fond of cookies. 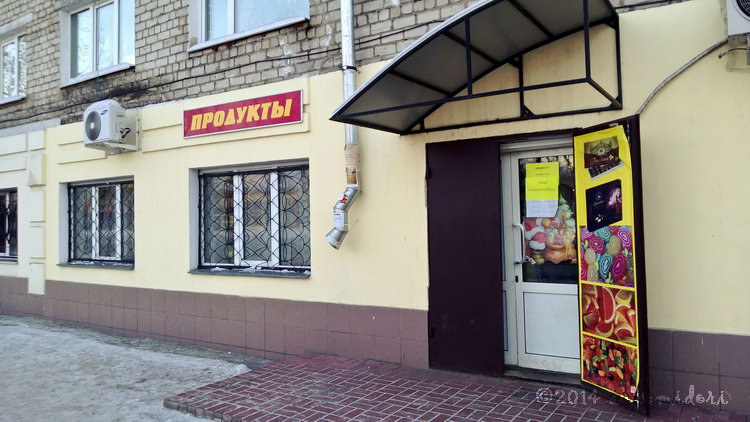 Here they sold cakes and sweets. Some of the sweets were similar to the ones in Turkey. You know what, in my ears, Russian somehow sounds like Turkish to me. The more I listen, the more it sounds similar. One thing I know for sure is the word "ticket". Both in Turkish and Russian, it's "bilet".

"One bottle of water, please." I pointed to the blue bottles on the shelf behind the counter.

Hence, "Ppsttt, ppsttt, no. No ppsttt ppsttt," I replied while waving my palm gesturing "no". The shopkeeper nodded and gave the blue bottle to me. 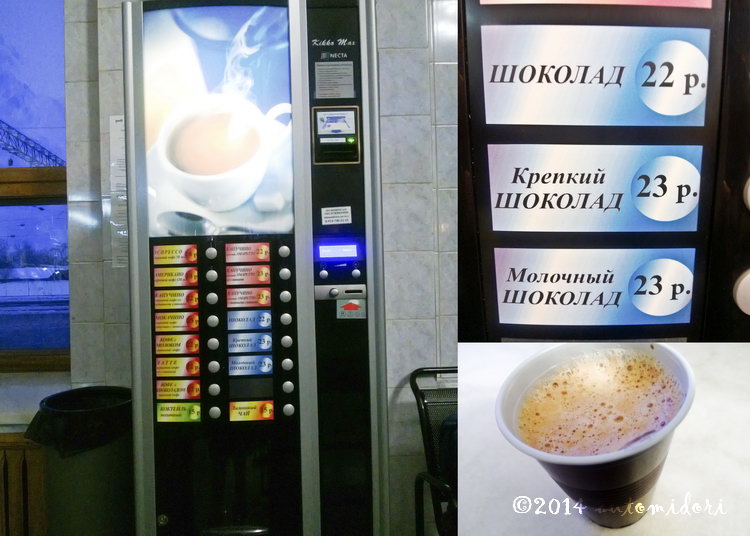 While waiting for my train to Khabarovsk, I passed the time with another cup of coffee. I'm a vending-machine-freak, you know. Disposal cups from a vending machine doesn't come with an ear. I opted for the blue one on top, because I thought it said "Mocha". No, it wasn't. Ahahaha. ШОКОЛАД wasn't bad anyway. It's chocolate.

So fun and pleasant to read!

Thanks, Andrey. And certainly I had tons of fun in your charming country. I can't wait to come back for the next ton of fun