Normally I hate going to the market. If I have to describe a market with one word, it is: 'messy'. However, when I'm traveling, it's a different story. When I travel, I want to know about the people and their life, even just at a glance. Based on past travel experiences, it's on the train, and at the local market, where I can find that. Hence, for the sake of traveling, I go to the market. 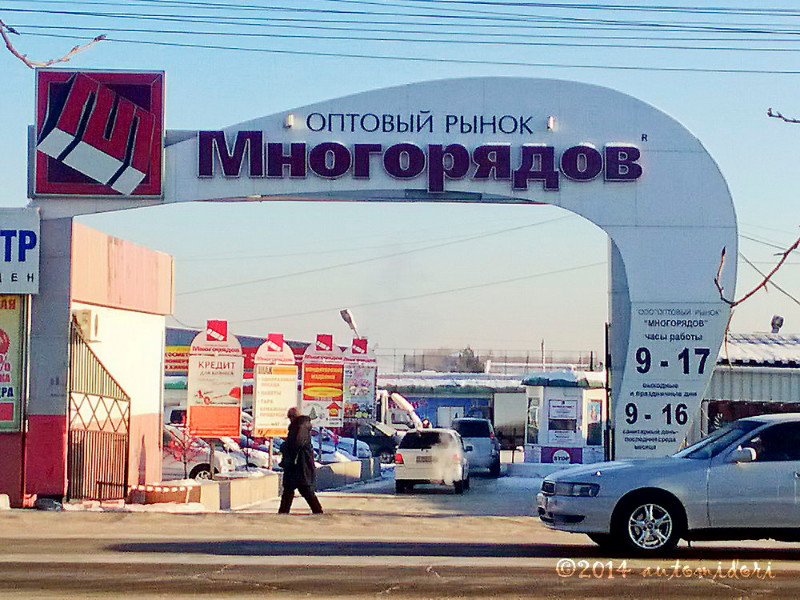 It was fortunate that the market was just a block away from my hotel. It's a wholesale market. It looked like I was the only customer coming on foot. For me, it was 'wow'. As far as I remember, I saw no one hobbling with load in their hand or on their shoulder. My impression: rich people. 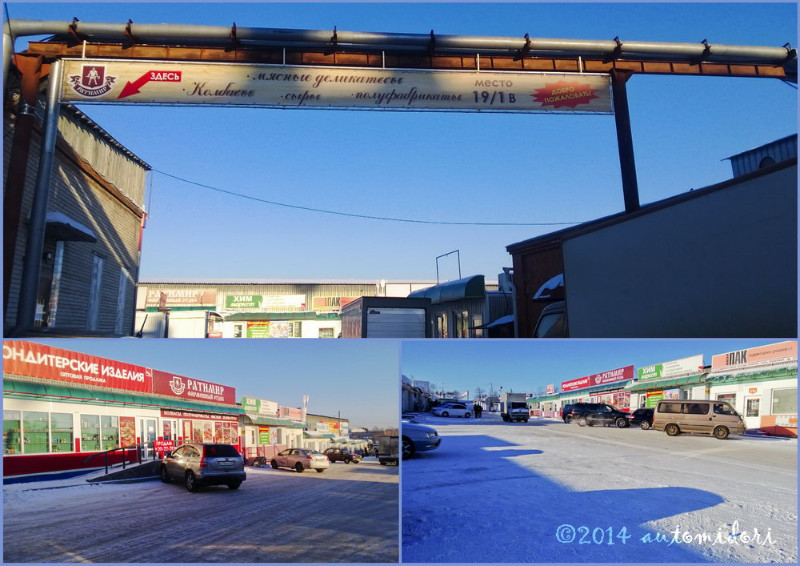 The market formed an 'U', having two gateways: this one, and the one on top. It's pretty convenient for the traffic flow. 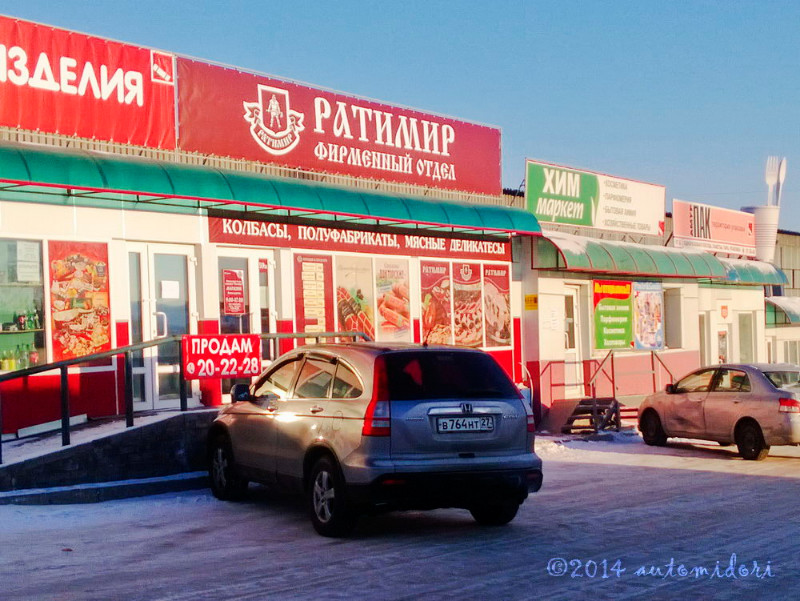 I had walked into this market with breakfast in mind, actually. So, I was happy when I saw this. I couldn't help picturing in mind a cup of hot coffee next to any of those on the pictures. Any. However, it turned out not a cafe as I had imagined. It was just a shop selling meat and bread, whatsoever there was no place to sit and eat. Aha. Someone might say, "If I were you, I would buy something there and eat it in the hotel." Well, when I leave my hotel for the day, unless for an urgent reason, it is really meant for the day (and night). A hotel is just to sleep. I hate wasting time returning 'home' in between. Unlike going to the market, this custom of mine applies regardless of during travel or not. 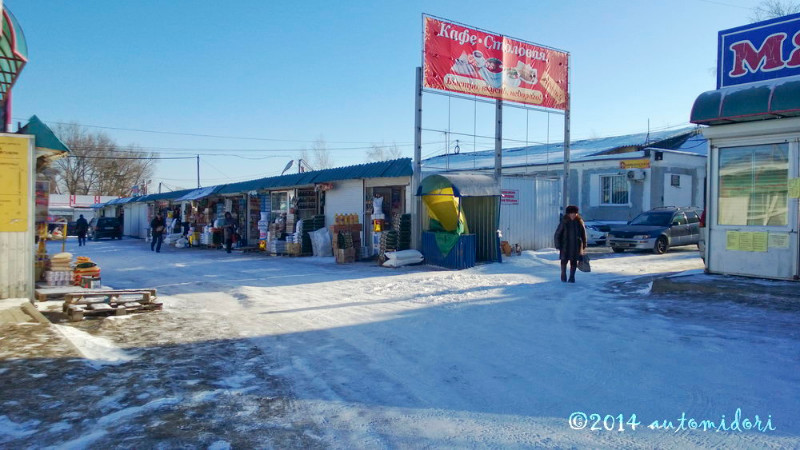 In some part of this market, they display their merchandise in front of the shop under open air. 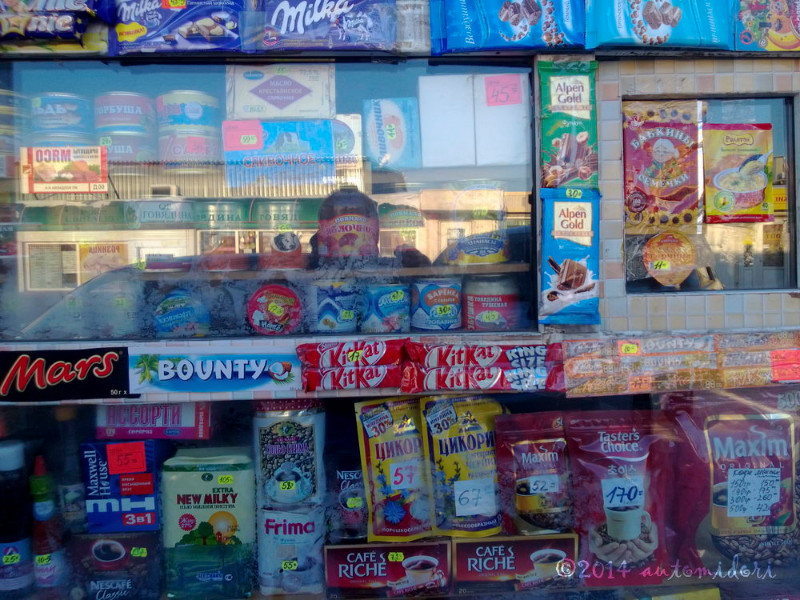 But in most shops, the merchandise are securely kept inside and the prices are clearly labeled on each stuff. Do you see that light brown checkered frame on the right? That's a window that can be slid opened. This is how it works. Knock on that little window. 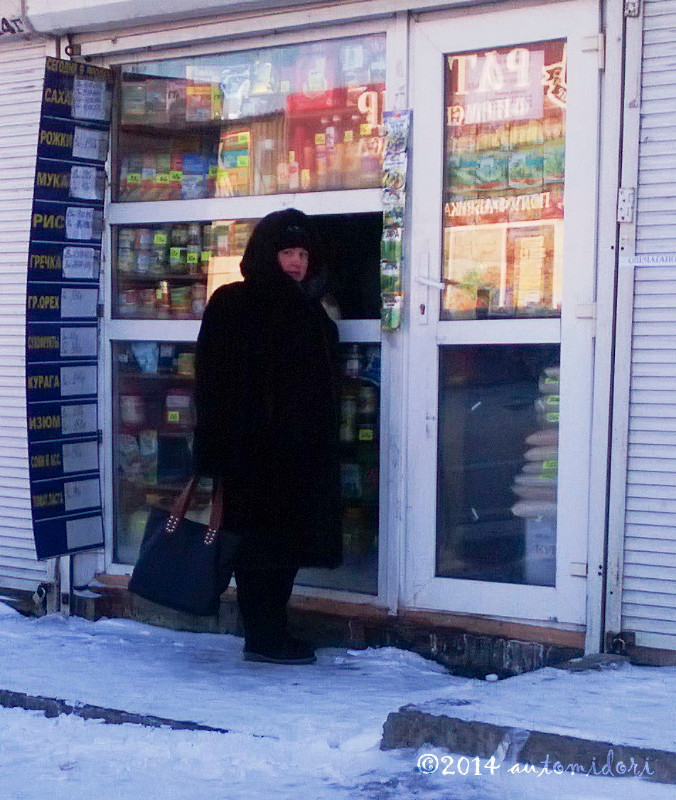 Then the owner will open the window. Tell him or her what you want, give the money, and done. That's it. If there's no other customer behind you, the owner will shut the window back close. It's freezing, you know. 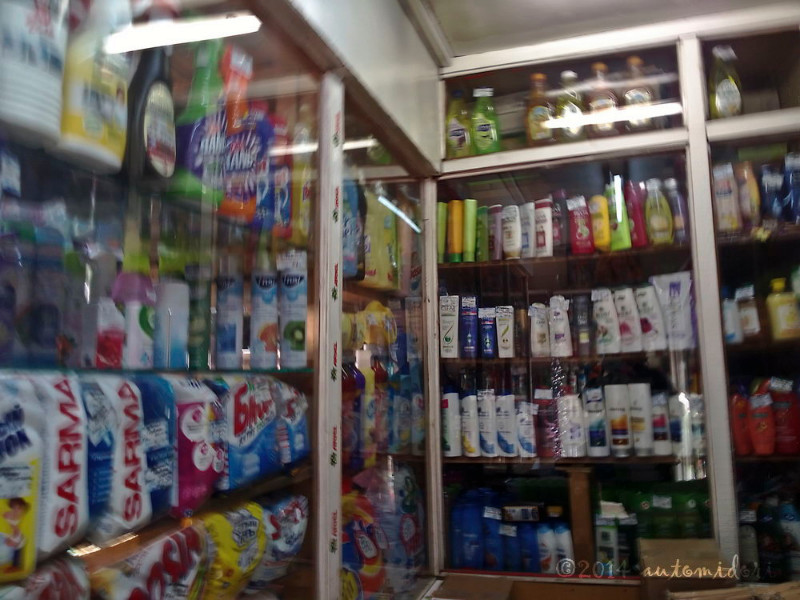 There are a few shops where they display their merchandise inside the shop like this. It's a bit bigger than the other shops. On the left side there's another shelf of merchandise. The owner also has a little window, but the window faces inside the shop. How it works is the same. Knock, and mention what you want. In my case, the owner did not take the stuff on the window display, but got it from behind her hiding place. The rather funny thing was I wanted a small size and that small size was displayed behind the glass. However, the owner gave me a big one. I gestured "small" and pointed to the stuff behind the glass. She shook her palm gesturing "no". If she only had one stock left for the small size one, why didn't she just take it from the shelf?

I had assumed that shopping in a place like this would save more than shopping in a supermarket. It turned out that the exact same stuff I bought was much cheaper at the supermarket near Khabarovsk Railway Station. 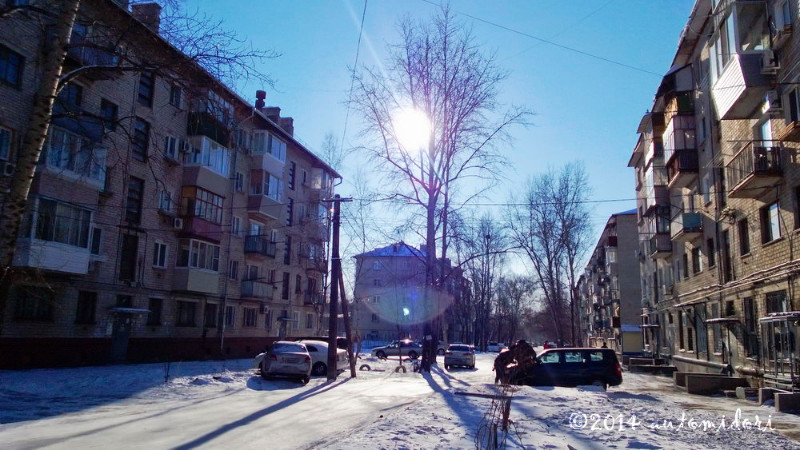 Here, I got off. Next and across this place, I saw a line of shops and a market, again. 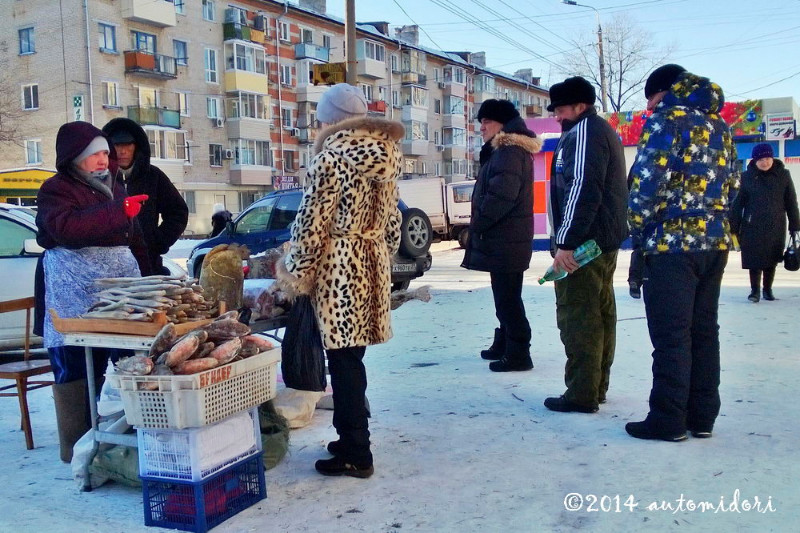 I don't know how many degrees it had been this morning. For sure, the next day it was minus 28 Celsius. So it must had been around that, too, on this day. You got to believe me that I was walking in a giant freezer. I didn't need a thermometer to confirm that. As this fish monger turned aside her stuffs, the sound of the fish's body against the other fishes was as distinctive as when you take a frozen meat out of the freezer. Bump... bump... craaack... My body shivered at the sound. A layer of frost wrapped each of the fish. This is what you call energy saving. Aha.

Straight from that fish monger was the sheltered market. There were butchers and bakers. Yet, still no place to sit and eat. The cold started to feel weird on me and I knew it was because I was loosing calorie. Inside a shop that sold various cookies was a small counter selling bread. Next to this counter was an empty desk counter which I don't know exactly what it was meant for. On top of it was a sign, though. My assumption is that it's meant for customers who need to arrange their shopping items.

Beating my shyness, bearing no shame, I bought a pizza and ate by that empty desk counter. Like magic, my body returned to the usual stamina at once. Food, food. Now I understand it's important. Aha. If I were living in The Sims' world, my need levels had been green to the max.

In this shop there was something interesting for me. It was a wine counter. It didn't look like a bar at all. There were no stools either. People -- all men -- ordered a drink and drank there standing. 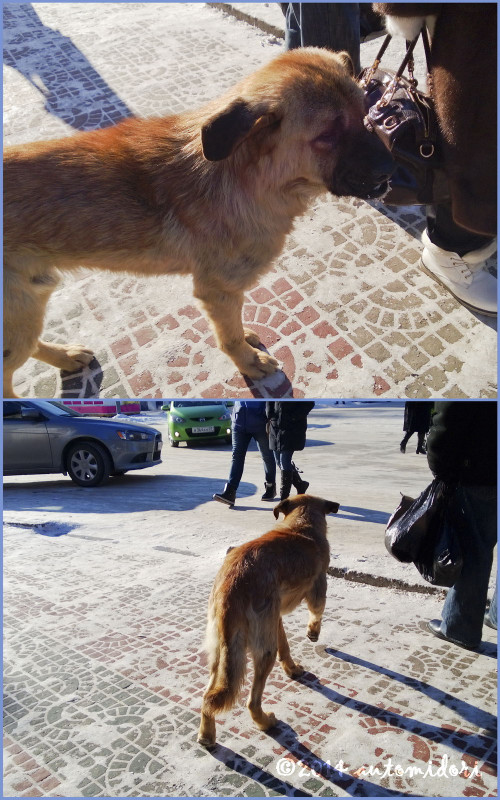 For me it was 'wow' to see a stray dog this huge and this furry. If it weren't because of the people at this bus stop who appeared ignorant, I would have run away. At first glance I thought it was a wolf. Obviously too much Animal Planet, National Geographic, and stuff. You know, that story where a bear, a crocodile (In Australia, I remember.) goes out from the woods and pays a visit to town. Oh no! (The crocodile visited town during dry season for a sip of water from the air conditioner outdoor equipment.)