The Big Things Around Lenin 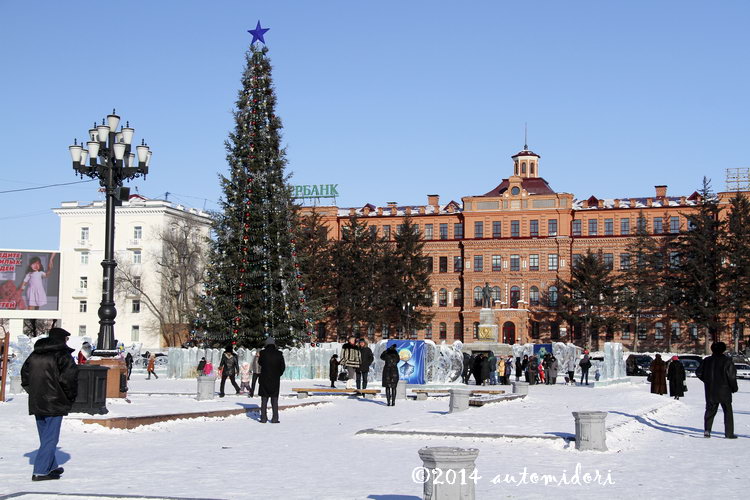 From the fantasy of ice, let's move further to fantasy of the past. Do you see there far, far, back behind, a black statue? That's Lenin. Again. 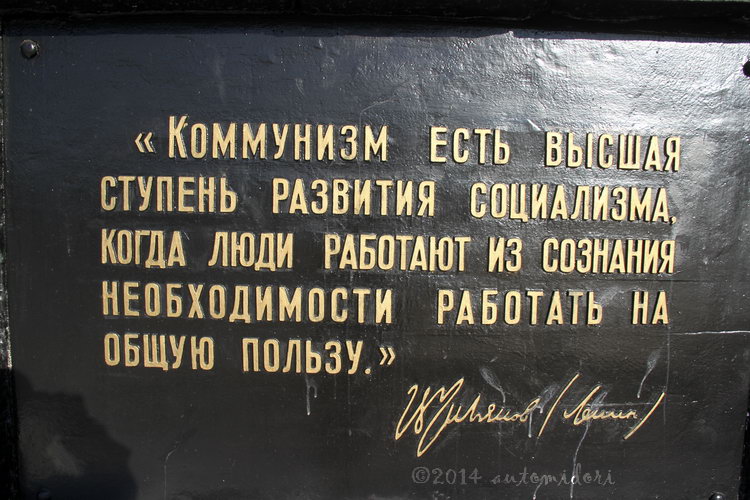 Below the statue of Lenin, was this. (Painstakingly) I typed one letter by one on Google Translate's keyboard. Here's what Google said it is:
Communism is the highest stage of developed socialism, when people work from consciousness the need to work for the common good.

To this translation which might not be 100% correct, but can't be 90% incorrect either, I thought to myself, "Didn't I see a big, big, Christmas tree behind me?" 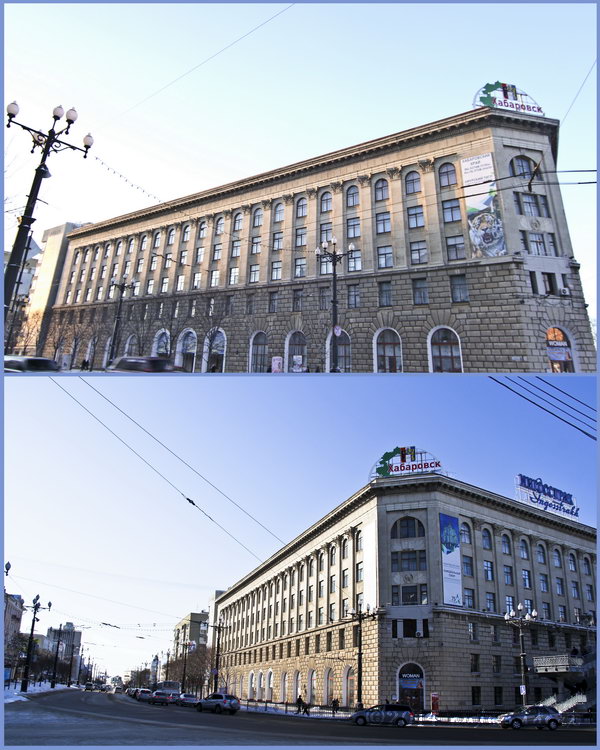 If we turn our heads back from Lenin's statue, we'll sort of feel like walking into the past. 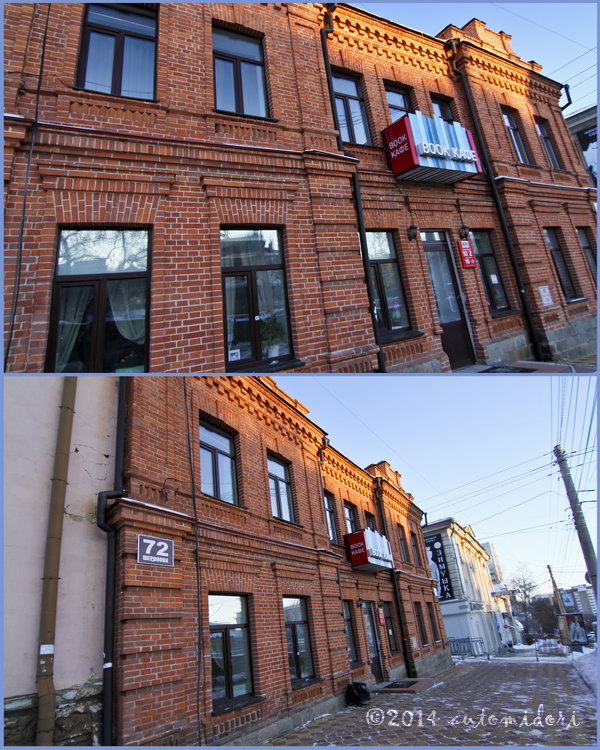 Walk further to the left, it feels a bit more older. 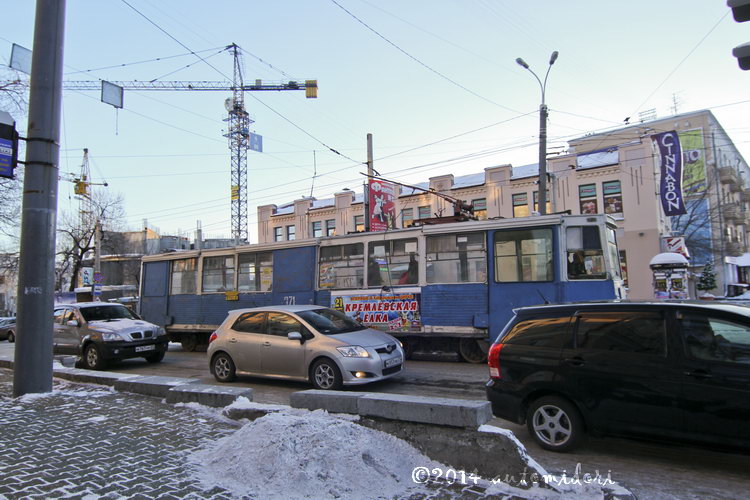 Stand still. Let time pass. When the tram passes by, you'll see the past. You also can get on the tram from here. Then you'll be riding on the past. 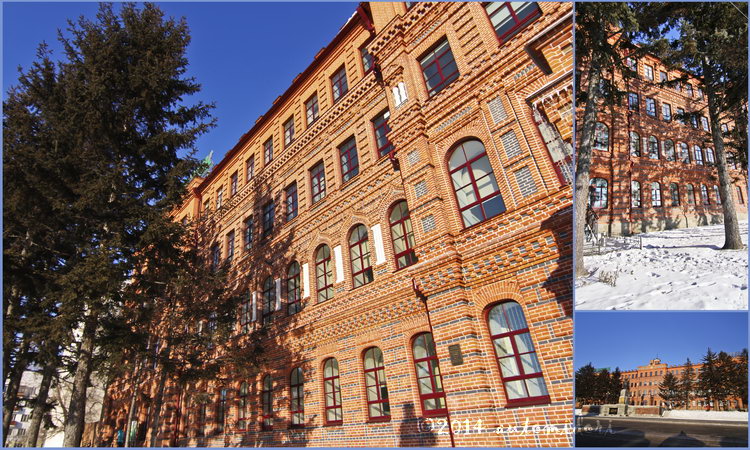 But my favorite of all the redbrick-ish architecture is the one exactly behind Lenin. 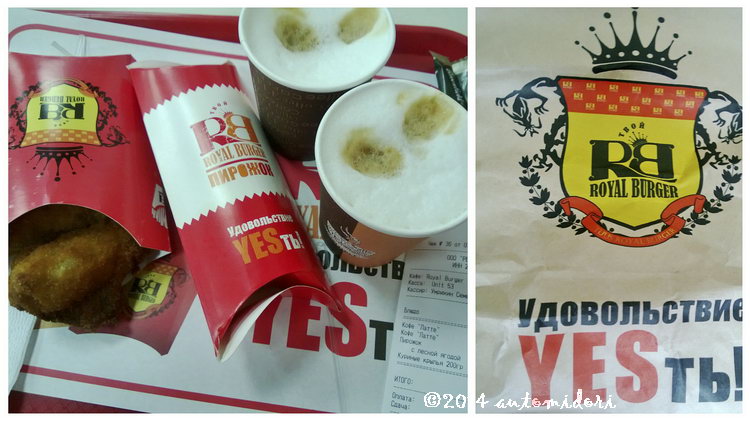 ... in Royal Burger, a fast food restaurant, where you have to do everything yourself, including throwing away your leftovers. In Japan, too, that's general practice. However, in my home town, even burger is Fat but not Royal, we are served on that matter.