How Cold was Cold

Just to summarize... and brag a bit. It will be boring. 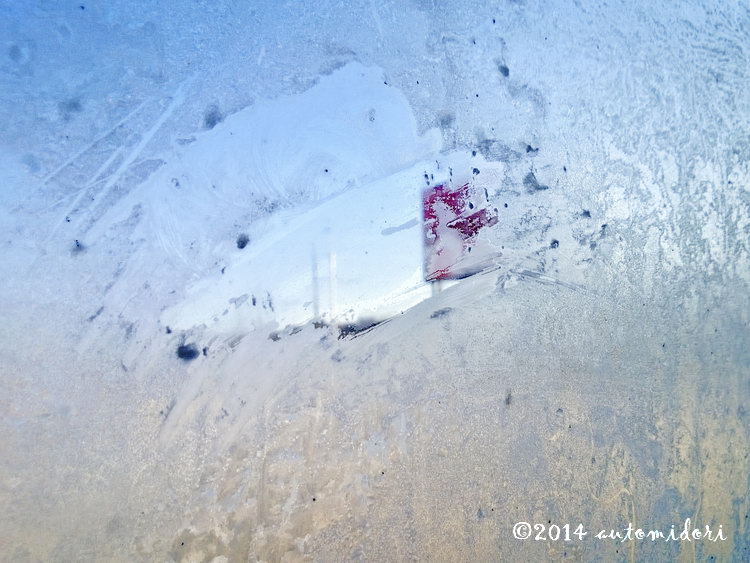 When I first experienced something like this on the way from Jiuzhaigou to Chengdu (China) I was sooo fascinated, sooo amazed, sooo norak my friends would say. I can't find the exact English word for "norak" in this case. All the options Google Translate offers doesn't match. "Norak" in this case is an overwhelming reaction on an ordinary matter. That morning on the bus back to Chengdu, it took me an hour to understand that it's not the glass window's design, but it's frost. It's ice. Ice inside the bus -- which doesn't melt. Then when I understood that, I rubbed my hand-glove-covered fingers on the window glass as if feeling silk from the first century. Then when a friend read my post on that particular journey, she commented, "Was that ice??"

"Yeah, yeah! It was!!" I replied. So proud -- like I was the first to experience such a thing.

December 2012 I took a train from Beijing to Turpan. Too bad I've never managed to write about this part of journey. As my train entered the snowy desert of Taklamakan, I noticed my sight was fading away. I mean, the glass window was covered by frost. I was then 50% fascinated. "Wow, I'm experiencing it again. Now on a train."

January 2014 in Khabarovsk, when the trams' and buses' window were covered with frost in the inside, I was only 8% fascinated. Aimlessly, halfheartedly, I shot my Lumia on the glass. Oh yeah, I forgot to mention that on my first experience in Chengdu, I even made a video recording of the window glass. That's how norak I was. Nevertheless, this video recording, after re-looking now, makes me realize that the layer of frost on the glass window at that time was only half as thick as the layer of frost on the buses and trams while I was in Khabarovsk. Just by the photos, they can be compared, too. And yet, it was that thin frost which turned me 100% fascinated. Needless to say, because that was my first time.

As I rode on the buses in Khabarovsk, I giggled. I laughed at myself. How foolish. How norak. I remember a photo on the internet of a young man standing next to a lump of snow by the side of a road in Korea something. I haven't been to Korea, but I can say for sure that snow was actually just trash. Once it snows even just for awhile, the road will be covered, and soon turn into ice. Thus, people have to shove that snow aside to prevent cars from slipping. That's what makes a lump of snow. The caption under the photo was: "What do you think about this?" I answered to myself, "Well... I thinkg, it looks like your first time." So on this bus in Khabarovsk, I realized that when I posted that photo (and video!) of the frost on the glass window in Jiuzhaigou, someone (many) must have been smiling.

In order to keep people smiling, I'm continuing the next session of my norak-ness. I warned you, this particular post is going to be boring. It's sometimes boring to watch someone brag on something just ordinary. I know that. I feel you. 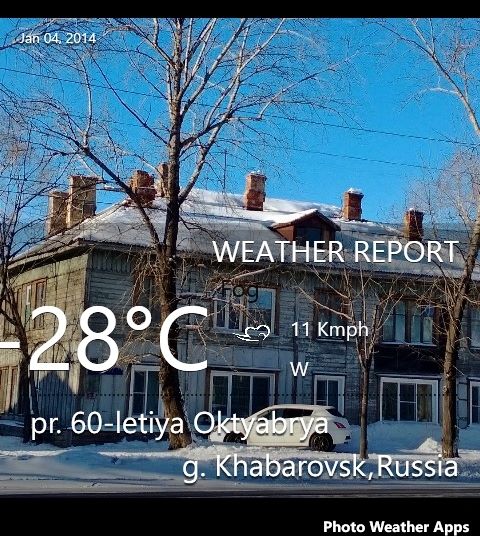 See?? MINUS 28!! Next time when I experience minus 40, I will forget to get the picture. 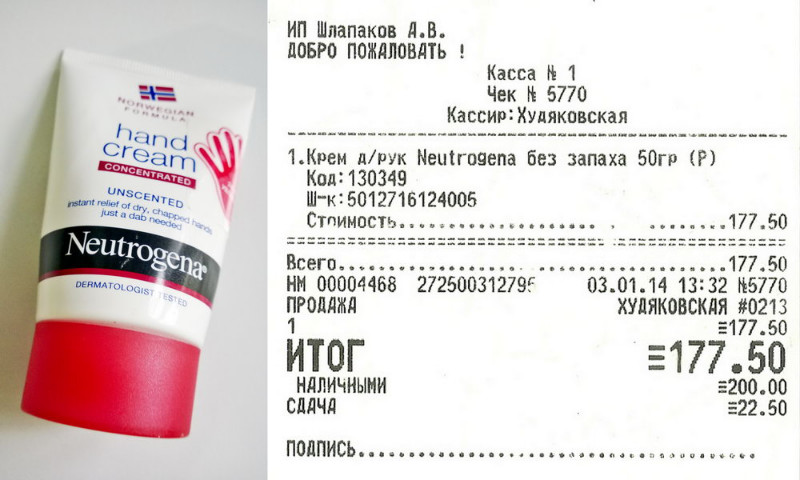 I bought this at a supermarket near the fish monger I told you about previously. There were more than five kinds of hand cream, I think. I opted for this one merely because it had an English explanation which ensured me it really was what I needed. It was! A bit pricey to my standard, but worth it. In my previous winter trips, although I had applied moisturizing cream on my hands, approximately a week after, the skin of my fingers would peel off. This time, it didn't happened. And yet, the freeze was almost double. The layer of frost was double, too. Aha.

Besides hand cream, this Neutrogena also produces foot cream. I terribly regret I didn't buy it. In every shop and supermarket in Khabarovsk and Vladivostok, I never found Neutrogena again. Some of you might think, what's the use of foot cream? Just to make them look smooth like the models on magazine? No need-lah. Please tell me if you do think so. That would help me not look too norak because I had the same thought.

When I returned to my hotel, took off, my shoes, socks, and stockings, walking bare-feet, I felt my right heel hurting. To my surprise, it was chapped! The worst part was only one short line, but it was to the extent that I could see the soft flesh in between. Eeewww!. And you know what, the surface of my heel looked exactly like the photo attached behind the Neutrogena Foot Cream bottle at the supermarket!! So actually it had been said, “This is not something to make beautiful, but to heal.” If there was a time I wish I had a companion with me, it was then. I wanted to laugh as loud as I could -- and I needed somebody to be with as not to make me feel double crazy by laughing alone.

Though foolish, still lucky. This hand cream did work on my foot although not as instant as it did on my fingers.

One more lesson I learned. When the cold is super, the glass window gets frosted in the inside, but skin heels also get chapped. And, no need to be embarrass of that, because obviously the locals experience the same. It's hard for my mind to digest, how can skin protected with 2 layers of stockings, 1 layer of thermal socks, above a thick winter shoe heel get affected. There's certainly no direct contact with ice. How can it be? Well, next time when I experience minus 40 degrees, I won't wonder.

Do you remember my three nyam-nyam friends whom I met on the train from Birobidzhan to Khabarovsk? They gave me a banana and told me: "Kunyah! Kunyah!" I don't like bananas except fried. Therefore, I thank them and politely tucked this banana inside the pocket on the side of my backpack. Then do you remember my misery looking for my hotel in that freezing night? Back and forth, I ran, I walked, along the street. When eventually I arrived at the hotel and laid my backpack down, I was stunned to discover: 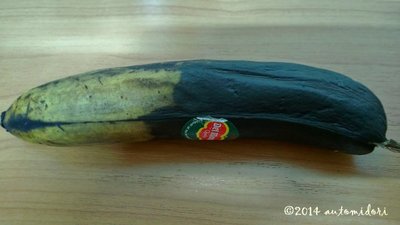 What had I done??

Apparently the part tucked between the pocket of my backpack was saved. But the part exposed to the opened freezing air was "burnt". So cold was cold, that it was fire.

If you have read all -- not just reading through -- and are here now, may I hug you (just hug). That's my friend. A friend to me is with whom you can share your norak-ness and yet he or she never gets bored listening.