Flying Back to Vladivostok

Over the frozen curvy white lines.

Last night when I had just said "Excuse me," to the front desk staff, she at once shook her head hard and replied, "Russkiy!" {This is not the front desk staff who gave me information about the circus, etc.) I went to my room to get connected with WiFi. On my cellphone's translator application I wrote: "Why don't you at least try to listen first? I just want to confirm the taxi I reserved 2 days ago. I need it tomorrow morning at 5:30 to the airport." Russian, enter.

My first sentence apparently got into her. Her sour expression changed like a mask. She wrote on a piece of paper 5:30, stretched her arms wide, swung around, and made the sound of an airplane. "Hooonggg, hooonggg! Okay!" she said, with a big smile. 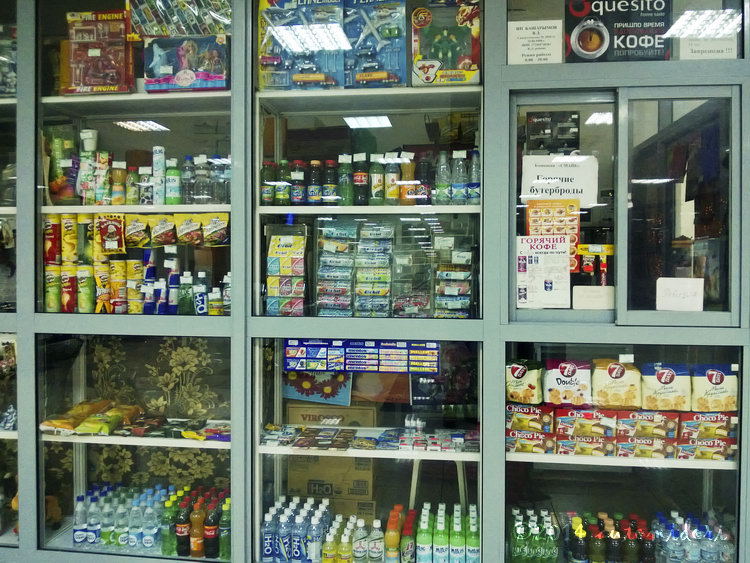 Do you remember the market I told you about? In this airport, too, they run the same system. Do you see that little window door on the right? Knock, and it will be opened for you. Tell what you want, and pay. Done. 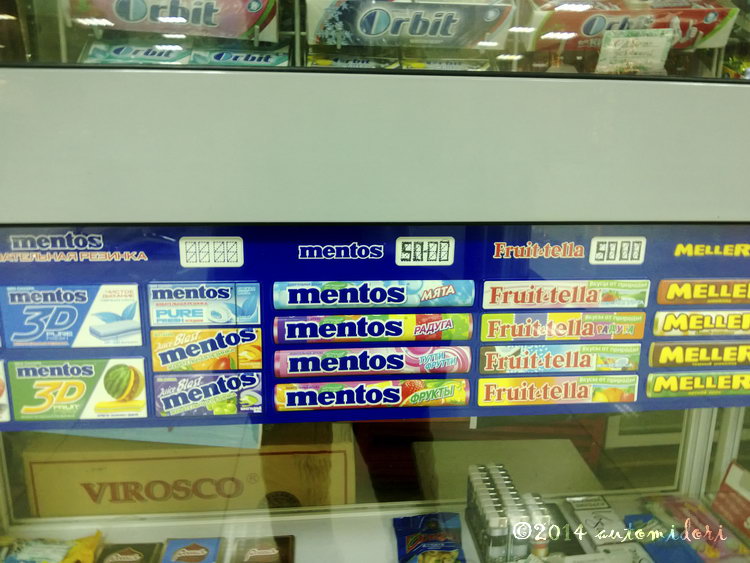 What the shop has and how much, can be observed prior to knocking the window. I consider this as a creative way of selling. It serves similar to a mini market where customers can see for themselves what the shop has and how much it is, before deciding to purchase. But then a mini market would need space to put the shelves. Shops like these don't need that much space. Their shelf is on the glass wall. Stick a sample and price tag of each product, and that's it. 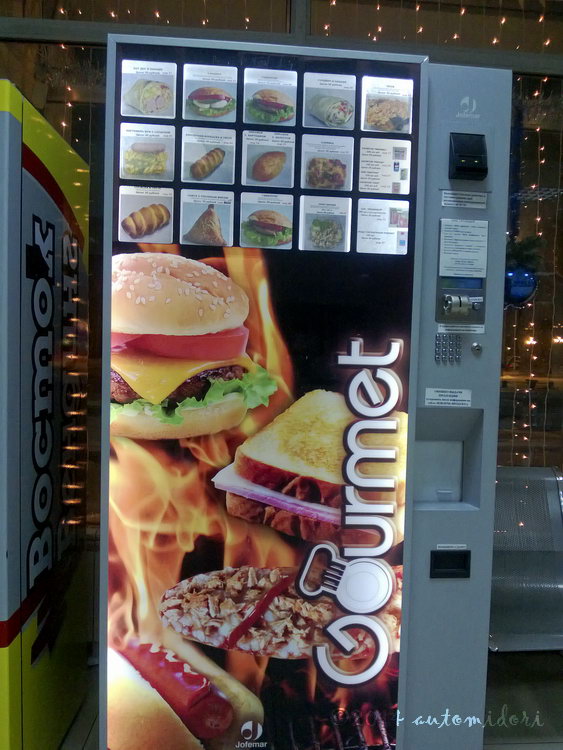 As ever, a vending-machine-obsessed I am. No, I didn't purchase from this one. I just looked at the pictures, and be amused. 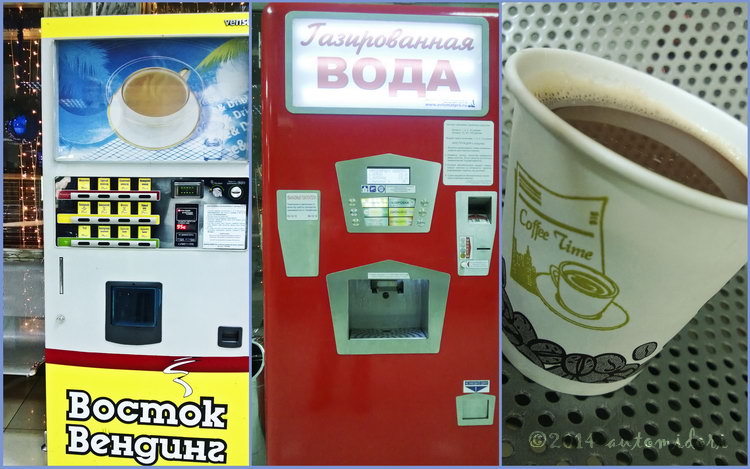 But coffee, that's a must. Aha.

While sipping my coffee, I watched passengers departing and arriving at this small airport. Everyone, but me, had their winter coat buttoned uptight, head covered to the ears, hands wrapped under fluffy hand gloves. "Don't they feel hot?" I wondered. I had already put my coat, hat and hand gloves inside my backpack which I had checked in at the baggage counter. I thought I wouldn't need them until I arrive in Vladivostok. How wrong that was. When the boarding door opened and the airport staff's coat withered. The plane doesn't park right in front of the door, you know.

I prayed hard so that I would have strength to walk to my plane under this minus twenty something freezing air. Yesterday morning it was minus 28 and yet the sun was shining bright already. In a morning still dark like now... minus 30 maybe?? Hooo...

From the doorway we had to walk to the bus. Although the bus was full, it didn't leave. I assume they wanted to bring all the passengers of my flight on one way. While waiting for other passengers, the door was left opened. A woman standing next to me pulled her son's coat hat over his head and pulled the zipper up. And then... we had to queue in front of the plane's stair because needless to say, the stair's width can only fit one and a half person whilst the whole passengers of this plane had been boarded from the bus. 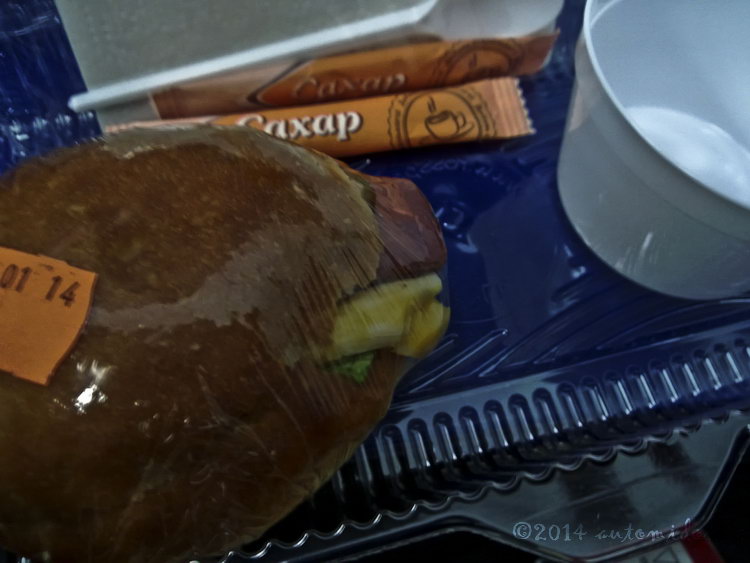 I made it. Thank you, Lord. Now, here's my breakfast from Aeroflot. 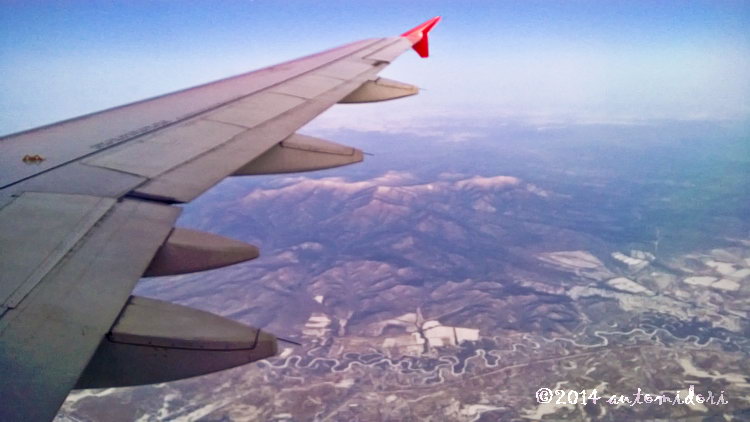 One of the preparations I did for this trip was asking Andrey to write for me "Give me a window seat, please." in Russian. And voila, I got it! Spasibo, Andrey!

I have been scrolling Google Map up and down for a whole afternoon -- no exaggeration! -- trying to find out what river is that white curvy line. This time my Lumia meets her limits. Not only that she has failed to capture the view as beautiful as it was in my eyes, the GPS Latitude data says: 48o 31' 22.11" N and generated by Flickr Map it becomes Michurinskoye, Khabarovskiy Kray, Russia. Why I think this mustn't be the air above Michurinskoye is because Michurinskoye -- what another difficult name to spell -- is on North Khabarovsk City whereas I was flying to Vladivostok which is far South of Khabarovsk City. Moreover, this photo was minutes before landing on Vladivostok, not after taking off. Hence, my guess is, this river is somewhere closer to Vladivostok than to Khabarovsk. My flight took off at 8:35 and this photo was taken at 9:20. On the other hand, I wonder whether GPS on mobile phone can work without internet connection. 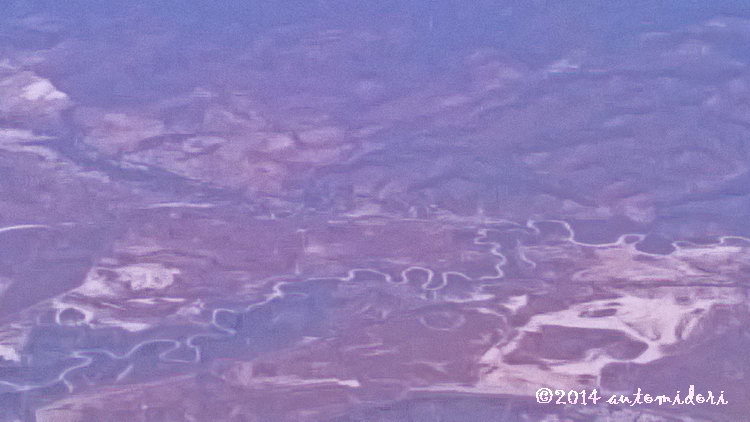 Here's a close up of the river. Judging by the significant curvy form, my guess it's Songacha River. And after this, I think I hovered above a lake but was just too stunned to press the shutter button. If I did fly over a lake, that must have been Lake Khanka, a lake that is half Russian and half Chinese. If it's not Songacha River, it must be Ussuri River, the main stem of Songacha River. 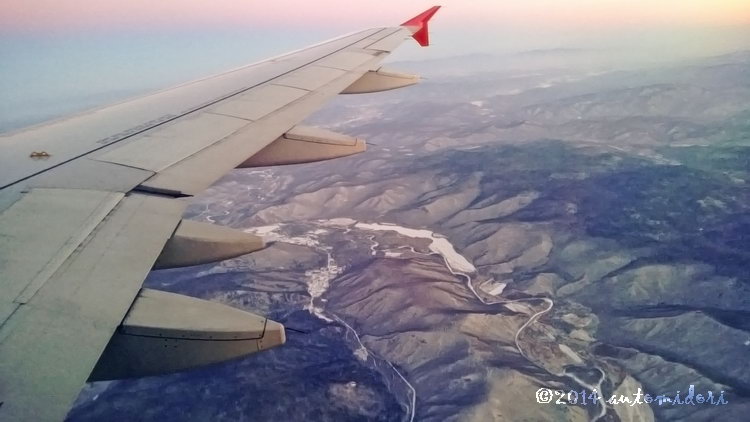 I should assure you that the reality was twice stunning. The early morning glow on these mountain deserts were absolutely breathtaking. Is that China or is that Russia? Or both? 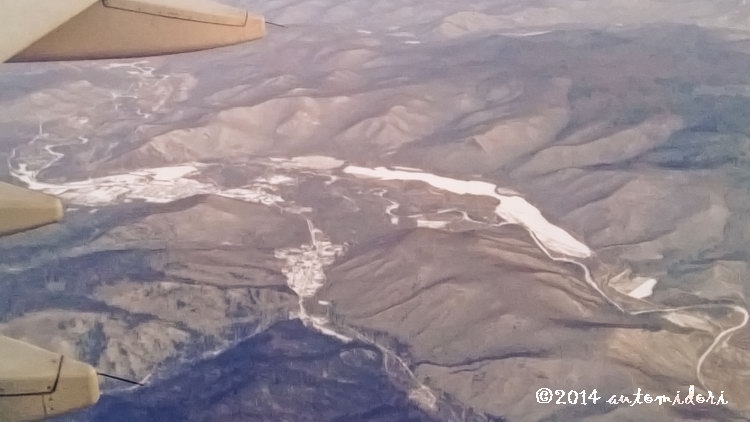 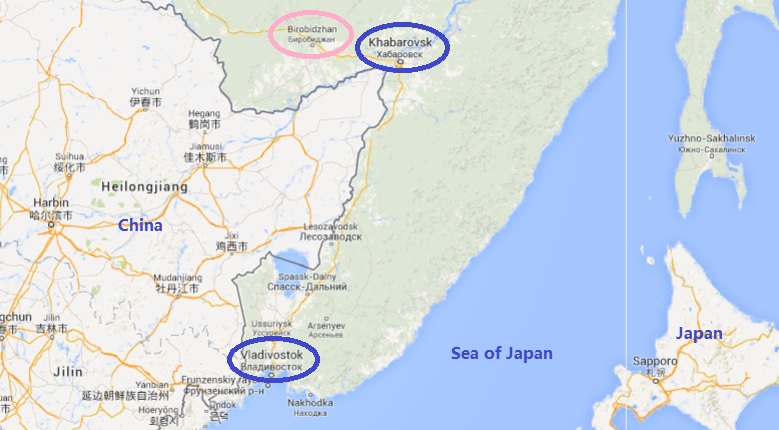 Here I am now back in Vladivostok. See that pink circle? That's Birobidzhan, where I got a taste of the local's winter joy, where I got my first lesson on Russian public bus, and where I found the little things that made perfect. From Harbin, Mudanjiang, Suifenhe, I had traveled all the way to Russia by train and bus. Then from Vladivostok to Birobidzhan, that's uhm... one tenth the Trans-Siberian. One day, I'm going to make it across the Sea of Japan. I'll let you know then.