Learning the ABC's of Russia.

Last night my host showed me the kitchen and where I could get cornflakes, milk, and... coffee. Yes, for free. That was music to my ears, especially that third one. So I woke up excited. Hmmm.... I breathed in the aroma of Nescafe. Terrific. And yeah, plain milk. Then I opened a glass jar filled with powdery white stuff, which stood right next to Nescafe's jar. There was a label on the jar's lid, but of course I didn't care. I can't read what it says, you know. Why should I care?

Cornflakes ready, coffee fixed, WiFi connected... nothing could be better than this. Slurppp... ... opsss!! Why does my coffee taste salty?? Oh no! So was that salt just now?? On the other side of the earth where I have come from, when something white and powdery stands next to coffee, that must be first, sugar, or second, creamer. But salt, never stands next to coffee.

When my host came in, I told her what had happened while pointing to that white jar next to coffee. She laughed. And then she showed me sugar cubes which were on the table, far separated away from Nescafe.

My major itinerary for today was Novosibirsk Zoo, the biggest zoo in the big Russia. However, I have a big task today: exchange USD to RUB. The staff of my hostel gave me a map showing a bank where I could exchange money. That bank was just two blocks away. The clerks were friendly, but they looked at my USD bills like "that's not our money". So I went to the next bank, and then next bank, and the next bank... and in vain. One bank pointed to a bank across the street. "So I can exchange my money at that bank?" The clerk nodded. I went there. A handsome tall guy stood up from his chair and thus had to look down at petite me. "Houskvousk rousk vousk." He ushered me to the door, pointed outside towards something I didn't understand. His look seemed caring, but looks don't help.

To make myself more clear, I had downloaded a Russian <=> English translator into my cellphone. So I typed in that I needed to exchange money bla bla bla, tap enter, and there appears the "houskvousk rousk vousk" whatsoever. Nevertheless, it still didn't make me find a bank that was willing to exchange my USD into RUB.

Unlike in Vladivostok, I found no money changer all along the way until I reached the train station. Of course there were plenty of ATMs which seemed to accept foreign cards -- not like China. But the thing is, I already brought US dollars with me. I had assumed that if ATMs are easy, so should be banks. On the part of the world where I have come from, you can exchange foreign money especially USD, in any bank -- unless it's a bank by the side of a paddy field.

Fortunate I was still, I had some rubles from my previous trip. Exhausted, I searched for a place to eat near Novosibirsk Train Station. Hoping against hope that the price menu won't exceed what is in my purse, I went down the stairs. No, it didn't. But, the menu was written in Russian -- you bet! -- with no English translation and no photo.

I typed, "I'm sorry, I can't speak Russian. I would like to have something of chicken and rice or bread, please." on my translator application. 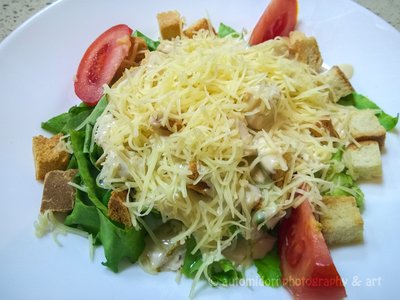 Tada! 200 RUB. It wasn't bad at all. I almost licked the plate clean. Ahahaha. Plus, this restaurant had an excellent WiFi connection. Facebook... Facebook... The world must know that I'm in Russia. Just yesterday I was still in the country of great wall that Facebook could not enter.

My next major task was to exchange my vouchers with a printed train ticket.

Wow... Novosibirsk Train Station is huge! Everyone was kind. Kind enough to tell me that I was in the wrong building.
Yep, the building looks crooked. That's a result of panorama application.

When finally in the right place, an officer kindly showed me the ticket machine. However, unlike the officer in Vladivostok Train Station, he was too busy to do the task for me. Now, now... what shall I do? English...? Great. In one minute, I got my train ticket for Novosibirsk - Krasnoyarsk. I spent another minute for Krasnoyarsk - Irkutsk. Yeepee! I wish I had more tickets to play with this machine.

So grand is the train station. Why oh why is there no bank who can exchange US dollars?? USD, you know. Back to task one.

"So can I exchange US dollars with rubles?" I pointed on the second sentence on my translator.

She took a look again. And then, "Houskvousk rousk vousk. Daaa, daaa." The word "da" had never sounded that musical to me. All the time I had been hearing, "Net. Net. Net." She pointed towards her right side and I recognized the word "kassa" in her speech. That's easy, because it's similar to my language.

I took a few steps further, but nothing appeared like a teller's counter. Not even close. And yet, the word "Kacca" was written on the doors; the doors of what looks more like... uhm, a closet chamber. There were one lady and one guy queuing in front of the door. Standing behind them, I felt deeply sorry for the tellers in this bank. I couldn't bear the thought of having to work let's say, 6 hours a day, enclosed in a such tight chamber.

My turn came. I held my breath and pushed the handle open. Oh! I gasped.

That closet-looking-chamber's back wall consisted of half solid marble from bottom to middle and of glass from middle to top which formed a counter. Behind that glass sat a smiling teller. A teller from Kacca No. 1 could see teller from Kacca No.2, but not the customers. So the counter was not inside that chambers, but behind the chambers. And the room behind the chambers was one single big room. The counters in the other banks I had been to weren't at all like this. So, maybe only banks with "teller-chamber" like this can exchange foreign money. Aha.

Later in Krasnoyarsk I was told that only authorized bank may exchange foreign money. On the contrary, he was surprised when I said that in my country one can exchange / buy foreign money in any bank. Furthermore, he said, "Money changer? What do you mean? What is it like? Is it a shop?" 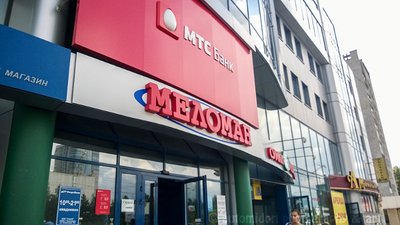 This is the bank where I finally, finally, transformed my cash into rubles.