Back on the Trans-Siberian Rail again.

Apparently, when I was taking a shower, so had the city. The streets were wet with puddles here and there. Luckily the rain had stopped, because I had planned to walk to the train station. And then, I got a bit lost. That's funny, because I could walk back safe and sound to the hostel from the train station. How could I get lost now? Phew. 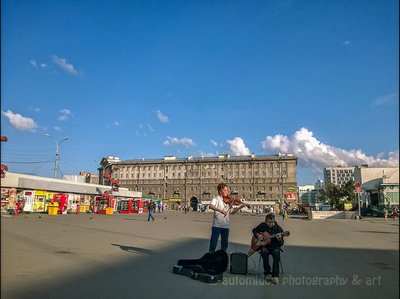 At the train station -- at last -- my sore back and weary feet were to be forgotten by this. Their music filled the whole park in front of Novosibirsk Train Station that it was pretty clear even from a distance. They played each different pieces one after another that a slight thought crossed my mind: How about if I just take the next train?

Here's one recording taken with my Lumia.

And another one taken with my Canon. The one with Lumia is better, eh? 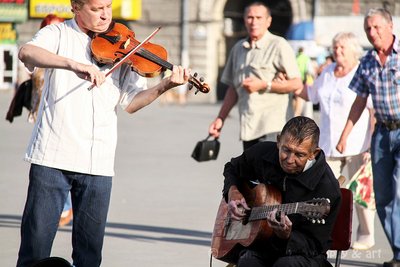 Definitely, I wasn't the only one impressed. 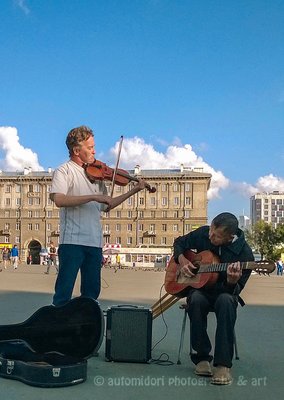 People went forward and put money inside their guitar case -- more out of respect than pity, I assume. I did my part as well for I truly enjoyed their performance which means that I have gotten something from them. That's not to mention that I had been photographing and taping them. As I laid my 50 rubles bill, I did a quick survey of how much do people here usually give. It was then when I learned that Russia has a 10 ruble bill. 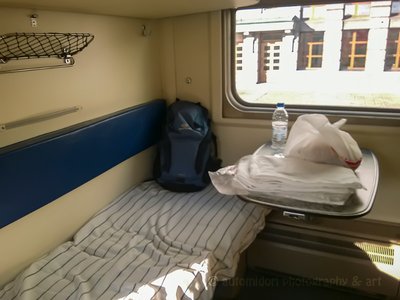 Let me show you how my train had looked like. Last winter I had taken the upper berth and then I promised myself no more upper berth. That thing with black stripes is a thin mattress.

You also get sheets and a pillow case. These are paid in separate price. But at the travel agent with whom I booked my ticket, the price offered was the one included with sheets. No problem. I would need the sheets anyway. it's just too bad that until now Russian Railway's official website does not accept foreign card for payment. Hence, I have to buy through a travel agent every time. 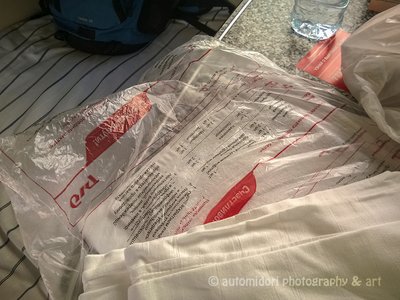 The sheets are handed clean and neat inside a sealed plastic bag. Yeah, the words are upside down, I know. Pardon me. I am Russian illiterate, you know. Ahaha. 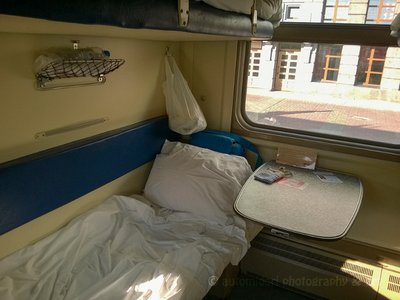 Pardon me once more, I'm a lousy bedmaker. 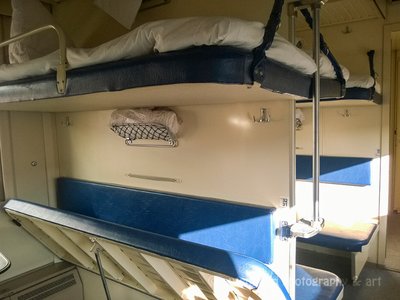 The lower berth can be flipped upwards and held up fixed by a steel string bar. You see the bar? 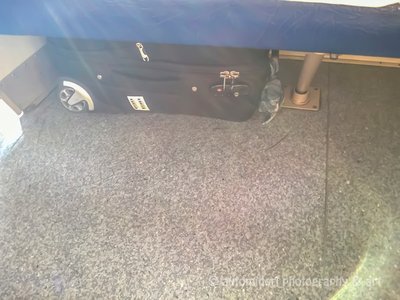 And then you can place your belongings under. This train happens to have no trunk. Other Russian trains have a trunk under seat, so you can store smaller but precious stuffs under the seat and no one can touch them without lifting up the seat. 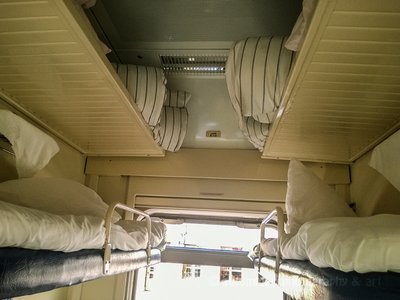 These are the upper bunks. 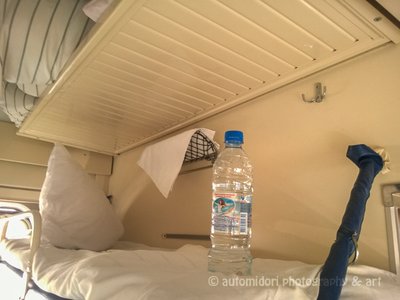 I put a mineral bottle on the upper bunk in order to provide a picture of how much head space there is. 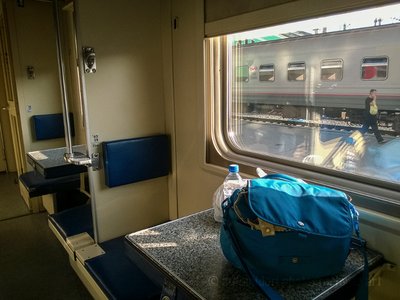 On the opposite side of the bunk there are two more berths upper and lower. The lower one, at daytime forms as two seats with one table in between. At night, the seats can be lifted up to the same height as the table. Then there comes one bed to sleep on. The berths on this side are cheaper than the ones in the open bunk I showed you before.

Up to this point, I still favored Chinese train of the same class. Chinese people in general are smaller than Russians, but oddly enough Chinese trains are much more spacious. 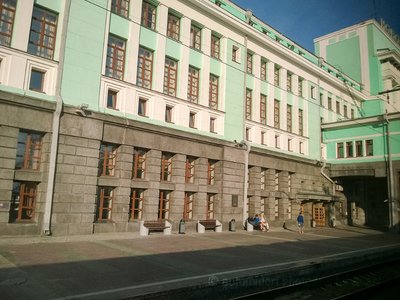 My train is moving... leaving Novosibirsk. Here starts my other leg of Trans Siberian Railroad journey, the longest railway line in the world. Last winter I had taken the part from Vladivostok up to Birobidzhan. Now, I'm taking another piece. 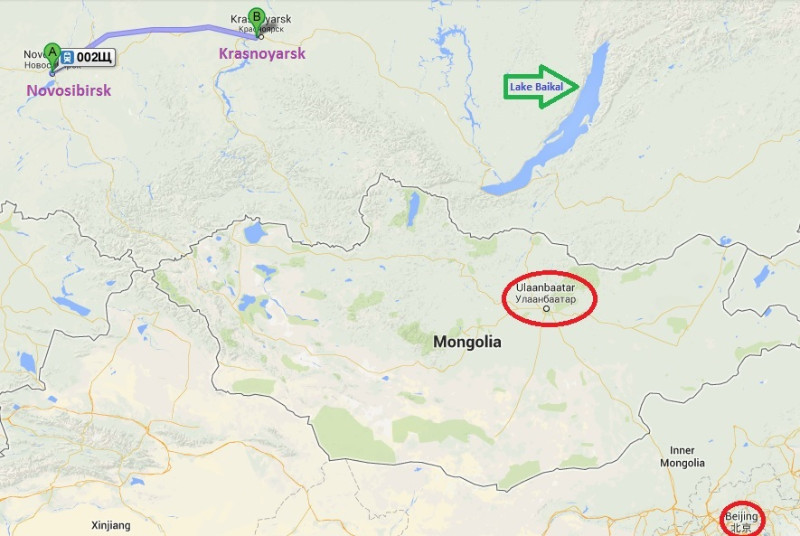 Novosibirsk to Krasnoyarsk now. Then I'll be heading to Lake Baikal, the largest lake in the world in terms of volume. From Ulaan Ude I will transfer to the Trans Mongolian line to Ulaanbaatar, and then Beijing. That would complete a Trans Mongolian Railroad journey. For the other pieces of Trans Siberian, I would need another vacation.

Scenery speaking, there isn't much to enjoy on the way from Novosibirsk to Krasnoyarsk. The only thing that caught my attention was the pink wild flowers that formed pink random patches along the railroad. Then night fell. I imagine the scenery would have been more spectacular in winter when the forests (taiga), pastures, are blanketed in white.