The Little Things in Stolby 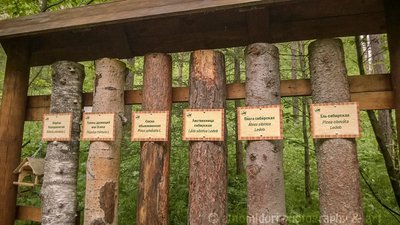 When we are in the woods, we talk about wood, don't we? Here are the kinds of tree that grow in Stolby Nature Reserve. 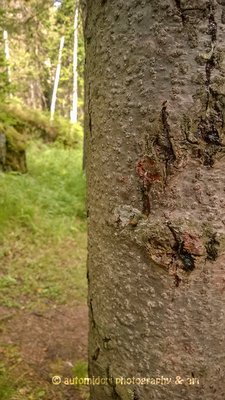 One of them produces sap that serves as chewing gum. Hmm, this winter when I return to Russia, I'm going to look for the chewing gum from the stores in Siberia. The ads in the internet are saying that it's healthy. 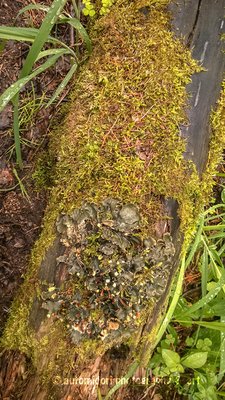 Many of them are covered with moss. 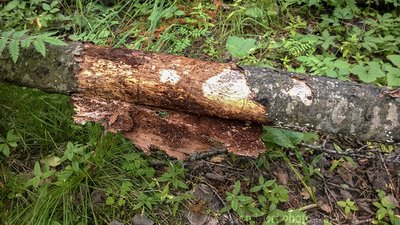 The dead trunk's skin can be pealed off like this. I think it was later in Mongolia when I was told that you can make medicine out of this by boiling the wood skin in water and then drink the water. But I forgot what the medicine is for. 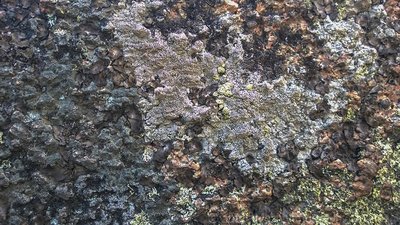 Now, this moss is not on the wood, but on the ground (or rock). In reality it looks more greenish than in this photo. In Mongolia, too, later I found lots of this kind of moss on the steppe ground. It's good for medicine, too, I was told.

The animal kingdom in Stolby was explained as follow:
(Too bad no English translation.) 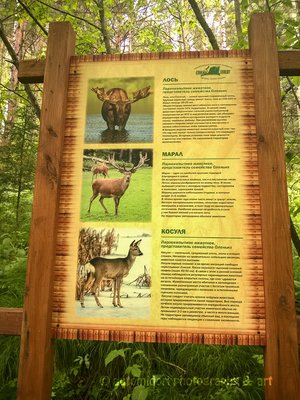 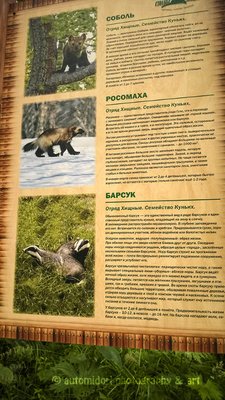 Sable, the one on top, is the ones highly treasured for its fur. 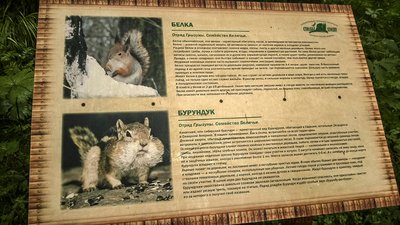 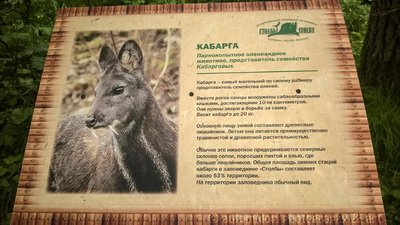 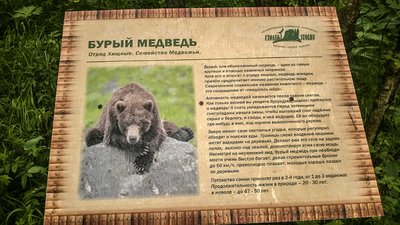 Anatoliy teased me, "Don't worry, the bears won't come out."

Actually I would love so much to see a wild bear (not in captivity), either a black bear, moon bear, brown bear grizzly bear, polar bear... anything that looks like Winnie the Pooh... in real life, as long as it promises not to attack me. 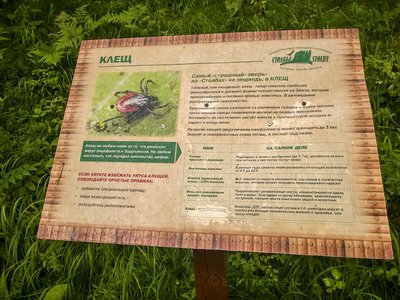 This has nothing to do with cutie beauty. It's nightmare. It's a tick. I shuddered to Anatoliy's explanataion. Although he said 'it can be cured by immediate and proper treatment, the fear is 'what if not'. And then like a good novel, he closed with: "But the peak of tick season is in May and June." to my relief. I shoved away the thought: "What if the tick lost its timetable?"

Hours later on our trek, Anatoliy pointed to us an ant's nest. At that point I already saw how Russians carry such a passion for nature. Look, he takes notice of just an ant's nest. Anatoliy laid his hand over the nest and the ants happily crawled over and between his fingers. See? Eeewww! I screamed.

"These ants produce special odor from their body which ticks resent. Ticks won't bite you if you have this smell. So you let the ants cover you and you make a natural insect repellent," said Anatoliy.

"Better than being bitten by a tick. Here, smell my hand!"

I inhaled and took a deep breath... ugghhh!

"and then the smell went into your nose," Anatoliy completed my sentence.

The smell was nice actually. Somewhat like my home country's jamu smell. The smell of the ants pricks only when you inhale too much at a time, same as swallowing a teaspoon full of wasabi at a time.

And yet, I still had not the courage to let the ants crawl on my hands. Damir followed Anatoliy. After a few seconds, they clapped their hands, shove the ants off, and that's it. No reddish marks were seen on their hands. 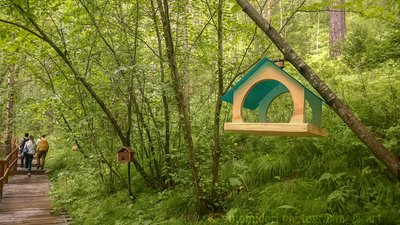 From the moment I walked to the entrance gate of Stolby Nature Reserve I had been impressed by these cute tree-houses. I couldn't guess what it was. There were many, but none were the same. And then Gala told me that they were 'just' to place some snack for birds. Oh, how cool! it's hard for me to imagine one would care to spare such time for building a little hanging house for birds which are not theirs, which are not in their property. 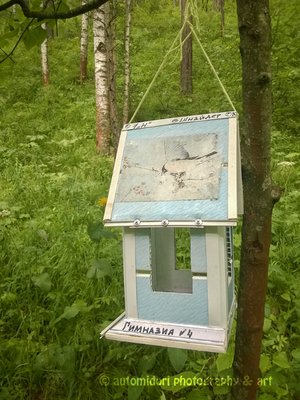 Here is another kind of the so many kinds. 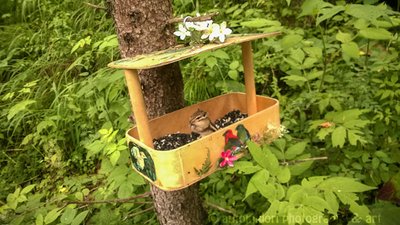 Oopss! An invader has come! Anatoliy has a nickname for this guy: Adidas, because of the stripes on its back. This was the time I missed my D7 badly. If only I had my 18-200 with me, I could have made a sharp close up of this invader's face. I spotted a few of them also in Kanas area (China). 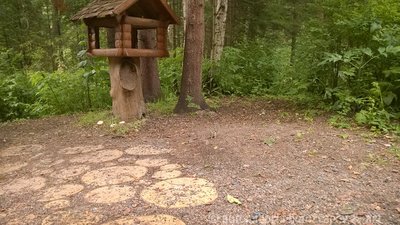 Actually it wasn't the tree-house. It was Adidas. But my beloved Nokia couldn't catch up with Agile Adidas. Can you find it? It has jumped from the tree-house to the ground. 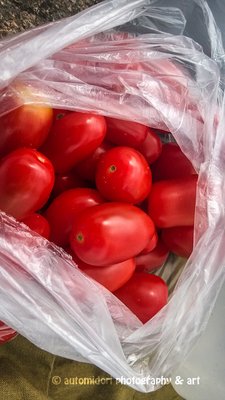 Anatoliy prepared for us brown bread, cheese, cucumber, and cherry tomato. Cherry tomato! "The father is cherry and the mother is tomato," I said. Gala and Damir laughed aloud. Damir said I had a good sense of humor. I think Damir has a deeper one, instead. Ahaha.

I didn't eat neither the cucumber nor the cherry tomato, because those are both my enemies. Gala was surprised I didn't like tomatoes. Anatoliy said he never knew someone who doesn't like tomatoes. So I told them the story how I came to hate tomatoes. And, they laughed aloud again. 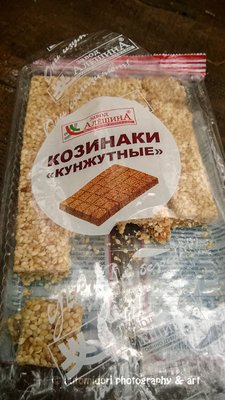 My readers in my home country, can you imagine that I went all the way to Russia just to eat this? Anatoliy carried many packages of this in his backpack. Jokingly he said he ordered them for me last night through Ebay. Aside of the picnic lunch, we had several breaks and savored teng-teng with hot tea. This is one of the things which make traveling exciting for me. 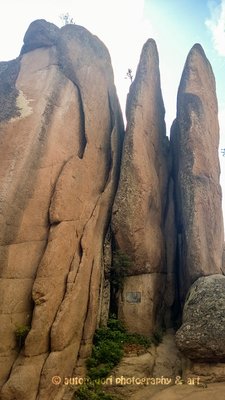 I know this is not to be included into "the little things". This is the Feather Rock, if I remember correctly. It does look like feathers and it's funny to thing of how soft feathers are and how rigid a rock is. 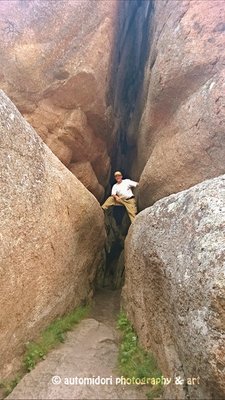 P.S. These are no photo illusion, trick, or the kind. It is as it is. 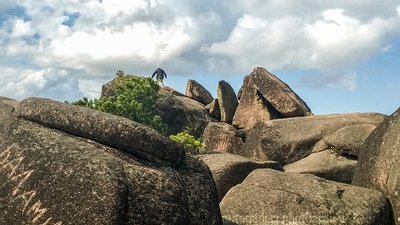 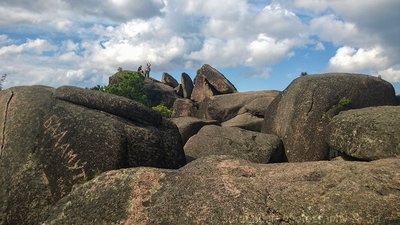 Do you need a bigger view? 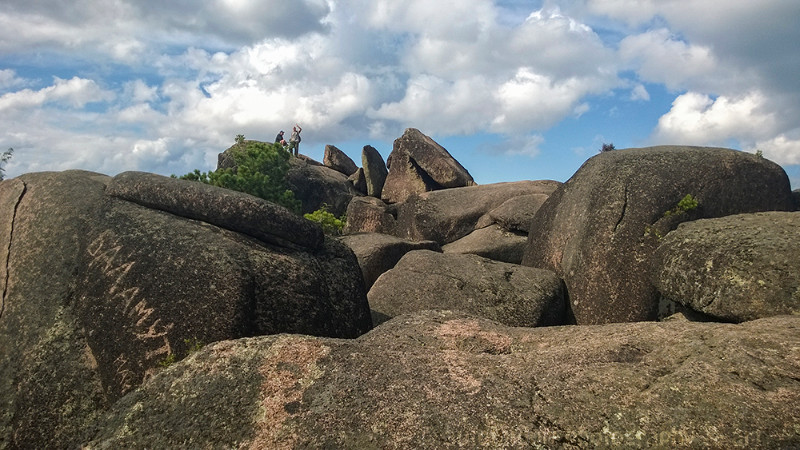 They are waving at you!! 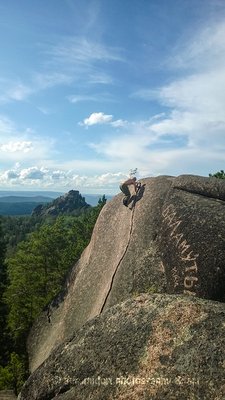 This is a veteran Stolbist. He climbed up with bear hands, relying solely on the vertical crack along the rock. 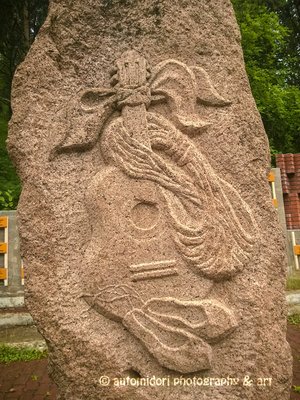 What did the veteran Stolbist wear under his feet? These shoes! At first glance I thought those were ballet shoes. And the guiter? Maybe to hook on the rock. Aye. 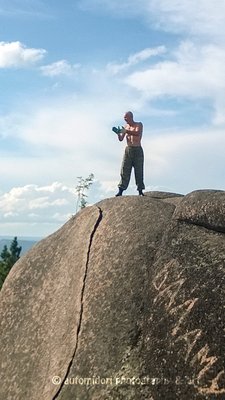 He made it!! We, down, down, down here... clapped our hands. He clapped his. And my cellphone collapsed. The battery, I mean.