The inside and the outside. 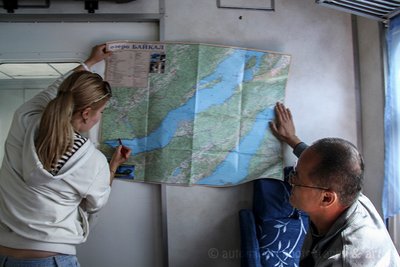 So, my Circum Baikal Railroad journey wasn't merely a transfer from Listvyanka to Irkutsk by train. It was a tour. Just like when you take a bus tour, there are stops for sightseeing along the journey. This is the friendly Russian tour guide who took the time to help me even though I wasn't her guest. She is explaining about Lake Baikal, the route, and itinerary of the day, to my fellow Chinese seatmate and his wife. 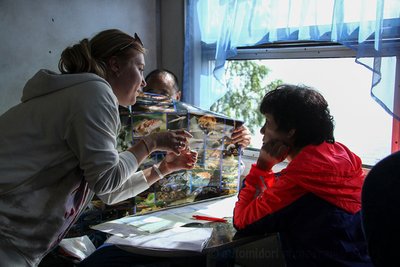 Apparently this Chinese couple got seats separated in another cart away from their group. Therefore their guide had to explain things to them individually every now and then. All through the way I was impressed. God job, Madame! To name just a few, in spite of already explaining everything in the beginning, she would come to them again and let them know that the train is going to make a stop and what they can do.

I also enjoyed the company of this Chinese couple. In the end, when we arrived in Irkutsk, I regretted myself for not making more effort to communicate in Mandarin with them. I was too lazy. 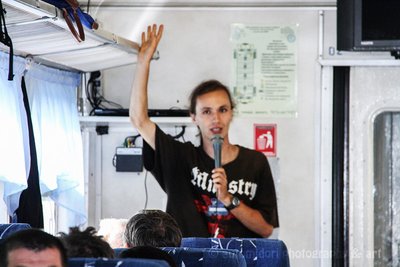 This guide, too, was excellent. Although his explanations were in Russian which I had zero understanding, I could feel his enthusiasm, his excitement, through the way he talked. I always admire tour guides like him, because for me it would be boring to talk about the same thing over, and over, and over. He maybe can even tell the story in his sleep. And yet he is telling it like it's something new. When we were back on the Trans Siberian track heading to Irkutsk, he made a closing. I could see the glow of satisfaction on his face. Accomplished. It made me also feel "Yeah! I have done it! The Circum Baikal Railroad!" He bowed his head, and all passengers applauded. I joined in.

P.S. His English was terrific. I discovered about that when I asked him how long the train was going to stop. He, too, was attentive towards me. 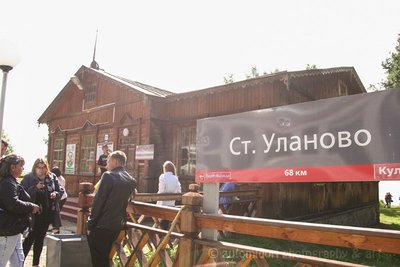 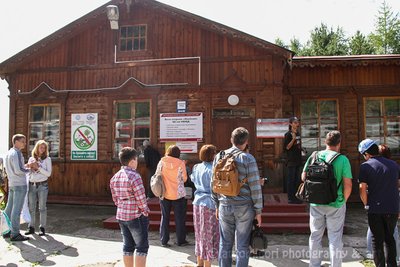 Faithfully, the Russian tour guide supplied his guests with knowledge of the place -- must be. 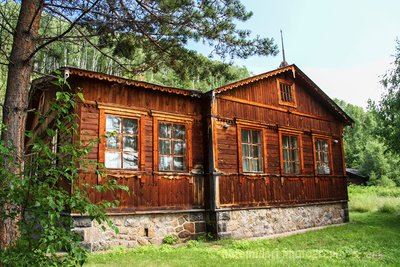 At the back of Ulanovo Train Station... 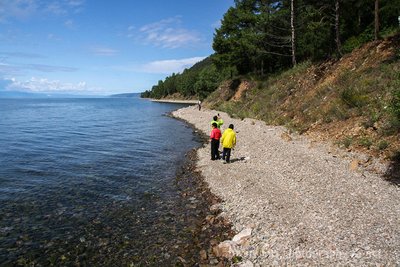 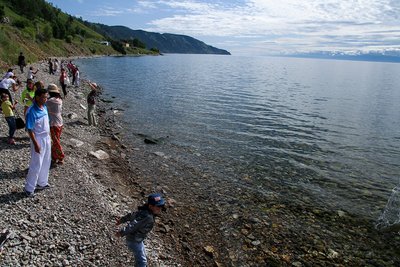 ... and click, and splash! to the left. Adults were made busy making poses with the lake behind. Kids amused themselves with stone splashes into the lake in front of them. 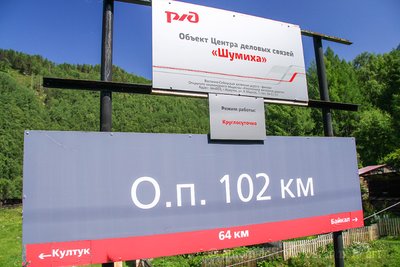 Shumikha Village. I hope I got it right. 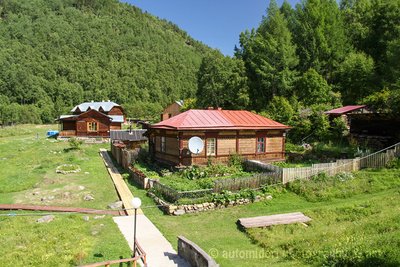 An overview of the village. 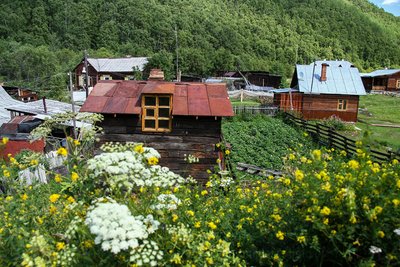 Ouch! What a cute attic! 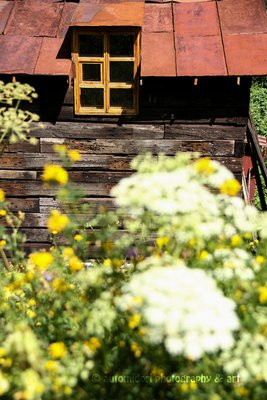 I'm almost certain, that sash in the middle left is a window shutter, able to be opened and closed. 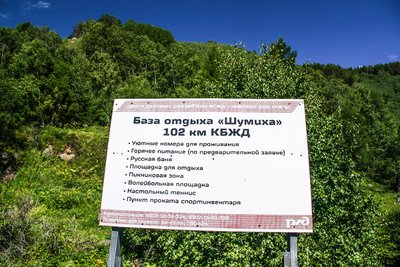 You read that for me. Aha. 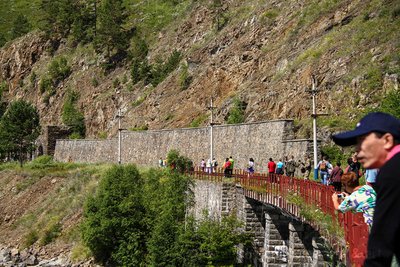 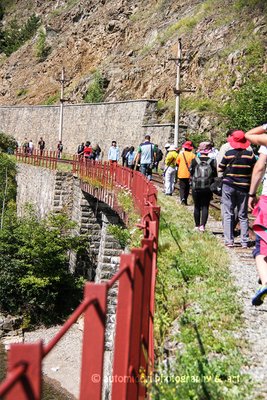 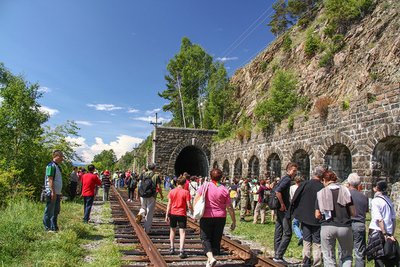 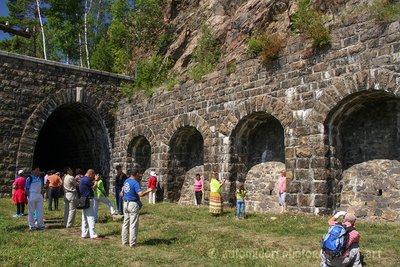 Quoting from Wikipedia here:
The Circum-Baikal contains thirty-eight tunnels with a total length of 9063 m (the longest of them, a tunnel through cape Polovinnyj, is 777.5 m long). There are also 15 stone galleries with a total length of 295 m and 3 ferro-concrete galleries with apertures, 248 bridges and viaducts, and 268 retaining walls. The Circum-Baikal has no equal in Russia as to the richness of engineering constructions. The tunnels and stone galleries of the Circum-Baikal are unique in that they were constructed atypically and have not been reconstructed since, conserving the initial plan of architects and engineers of the beginning of the century. 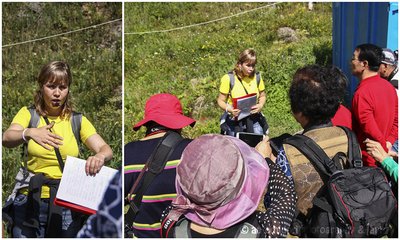 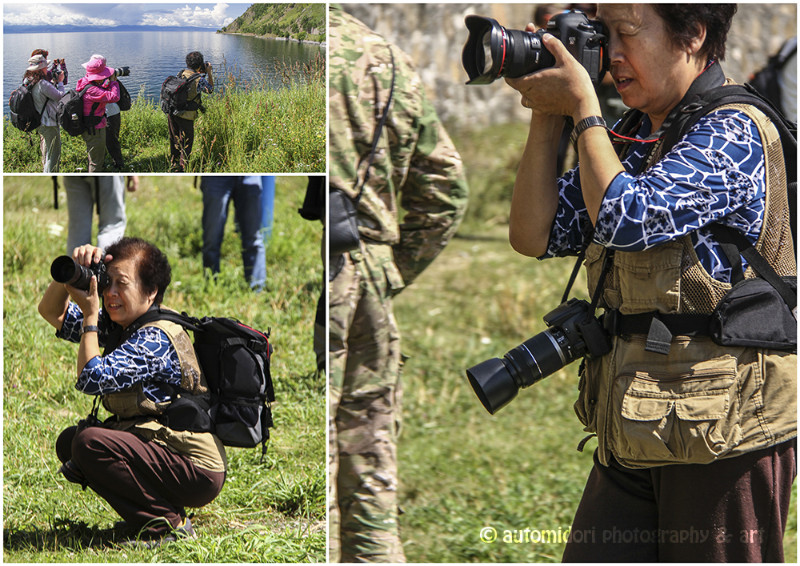 Some of those Chinese tourists, I had to admire. Age and gear just seemed not to match. Aha. 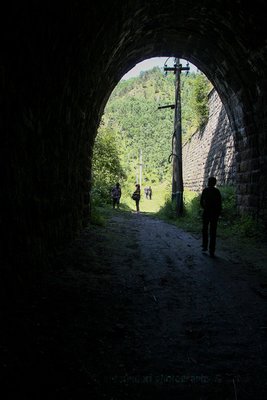 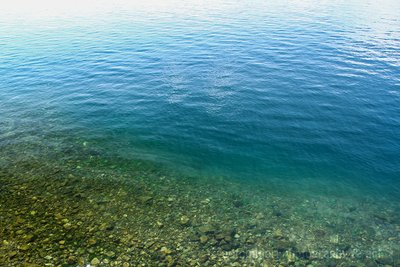 So clear. So crystal-like. 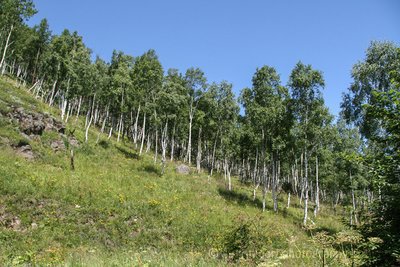 Look at the opposite side! It's not just about the waters.

Hey! The train is coming to pick us up! All aboard!

Seriously. I'm not imagining things. So after walking along the track, learning -- for me it was guessing -- this and that, going through and out the tunnel, our train came after. 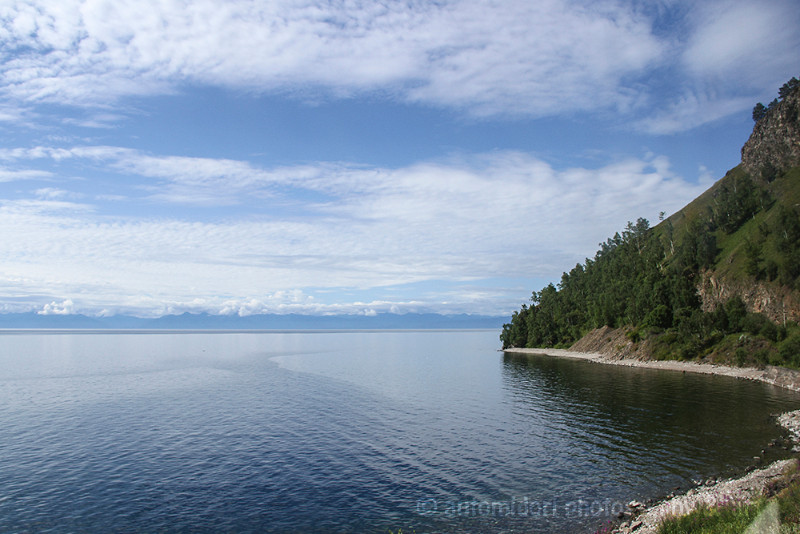 Back on the iron, back behind the window glass... I shot, and shot.

That billboard is an advertisement for Shumikha recreation center with a list of what they offer.

Thanks for reading that for me, Katya! **hugs