Remember Sergey and Ludmila in Tavolgi, the pottery village? They were followers of the Old Believers. At first I thought the term "Old Believers" was simply a way of saying. But when I heard it again and again, and... 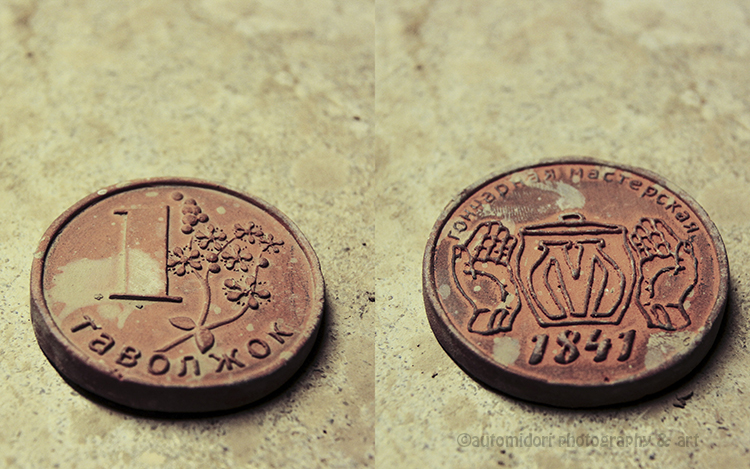 was presented by their own currency at Sergey's workshop, I began to think that there must be much more than the word "old" and "believers". I expected Google to supply me with random mixed references related to old people, old believes, old history, cults, etc. and etc. No. Google led me directly to the Old Believers in Russia, in specific and in unity. I mean, all those references said all the same thing.

Long story short, once upon a time in the 17th century, Patriarch Nikon of Moscow decided that there should be a reformation in the Russian Church. Nevertheless, a group of people disagreed no matter what. They insisted on continuing liturgical practices that the Russian Orthodox Church maintained before the implementation of these reforms. They, became the Old Believers. They, survived the Russia Revolution. They, exist until today, almost worldwide: Kazakhstan, United States, Canada, South America, Australia, New Zealand. Here, is one story from Alaska in present.

So similar to those Old believers in Alaska who built their own community, so did these in the district of Nevyansk. They even had their own currency. Jokingly, Sergey said, they have not to worry about the sinking ruble, because they have their own, unaffected. 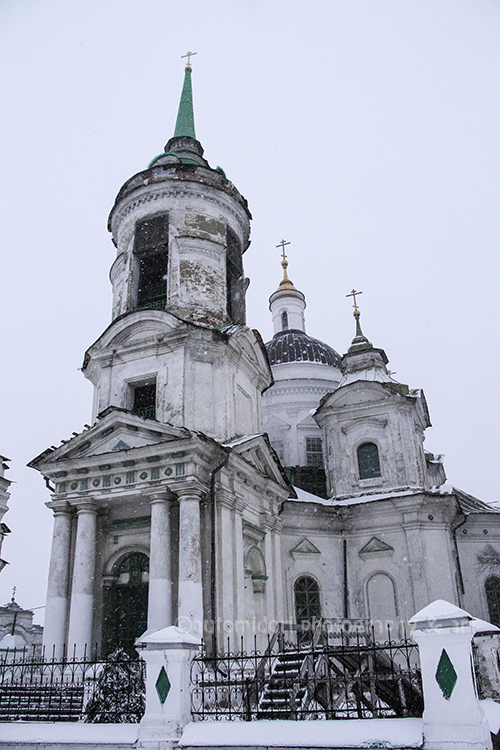 This is one of the Old Believers' church in Byngi Village, Nevyansk. It's called St. Nickolas Church. 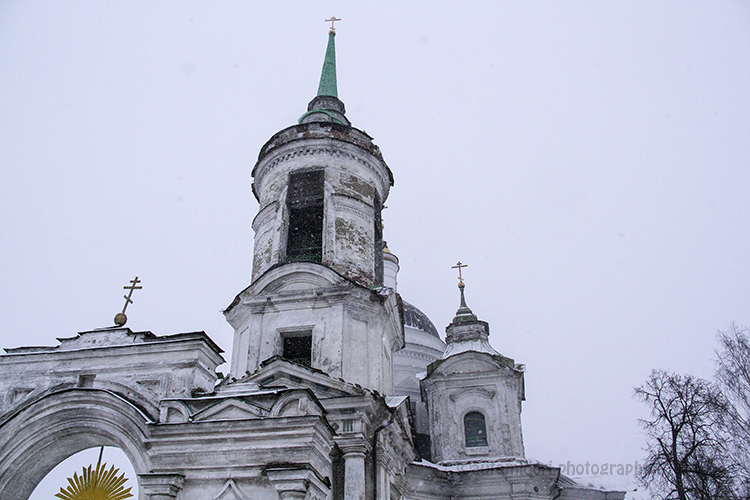 The interior is actually in total opposite to what looks on the outside. My tour guide said that the church is not always opened for visitors. But on the day of my visit, it was opened. My tour guide was so eager to bring me inside while I was so curious of capturing the details of the outside. Furthermore, call me weird, I don't care. I'm afraid of dim places. Worse, dim place surrounded by people wearing robes, heads covered... Eerie is not enough to describe. When I was a kid, Mom loved watching The Sound of Music
very much that she watched it with Dad, and then again with my aunt, but always took me along. That, created "a kid's nightmare" for me. Then Mom gave me a win win solution. Every time the scene was inside the cathedral, or whenever the nuns in black appeared on screen, I could just bury my head on Mom's lap and Mom will let me know when that scene was over. Unfortunately, My tour guide didn't offer me the same solution.

"You didn't feel comfortable inside, did you?" said my tour guide when we were back in the car.

"What are your parents?"

"I mean, do they have any religion?"

I should have answered her, my religion is Canon. Aha. Oh yeah! By the way! "Patriarch Nikon of Moscow" was actually a surprise for me. I had always thought "Nikon" was a Japanese, you know. Or at least a Shinto priest.

Anyway, if you'd like a sneak peek into St Nickolas Church, I've gotten a link for you here. 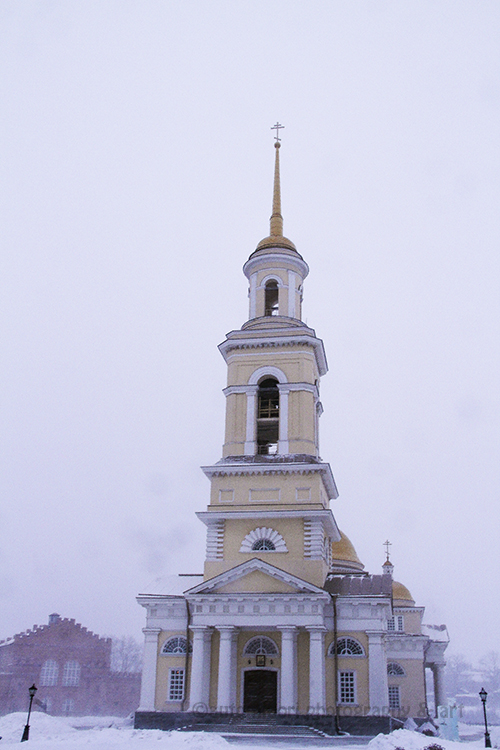 Still in Nevyansk, neighboring the prominent Leaning Tower, is Transfiguration Cathedral. It's not an Old Believers'. It's a Russian Orthodox. 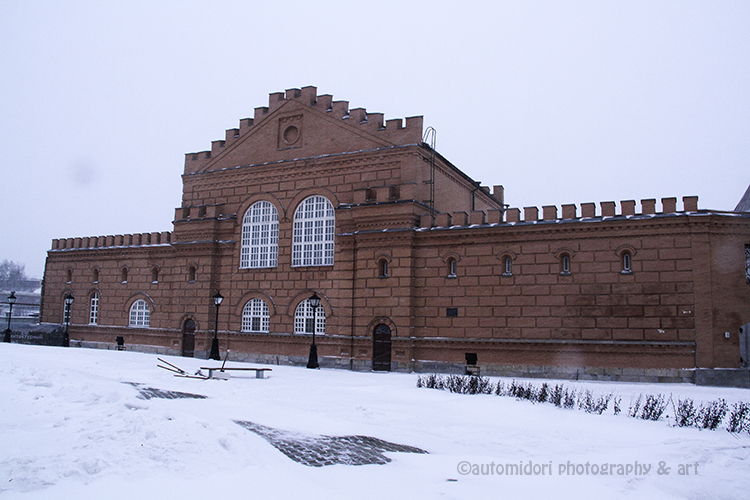 Exactly next to Nevyansk Tower is The Nevyansk Museum which was formerly a power plant. This design reminds me a lot of the castle in chess. 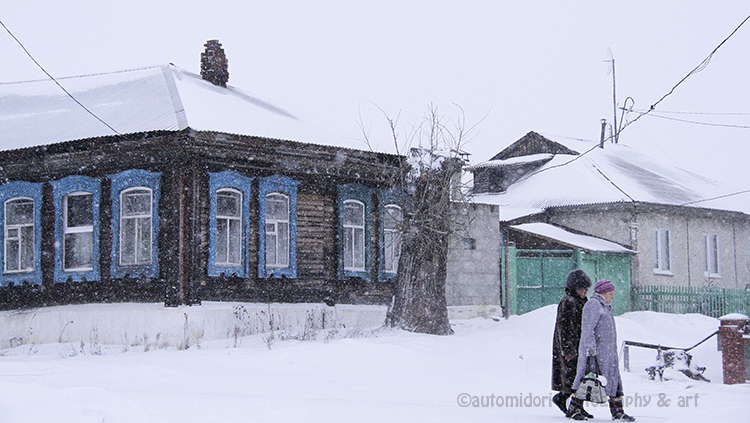 Somehow I managed to beg Natalia for some time making quick shots of the houses here and there along the way. Meanwhile her cellphone kept on ringing. 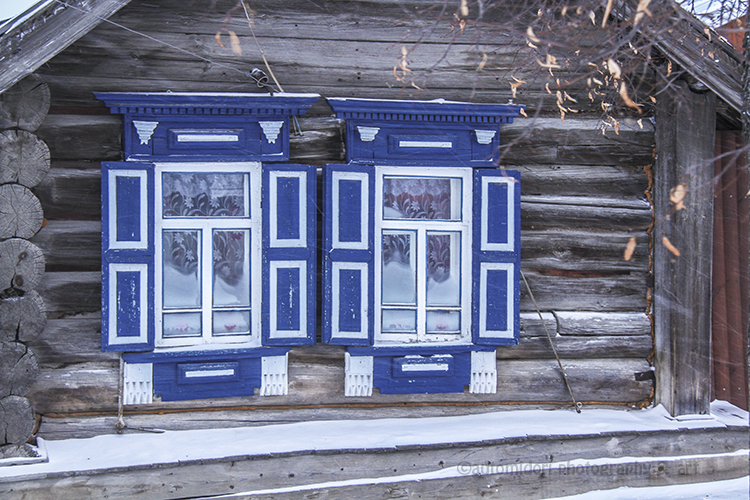 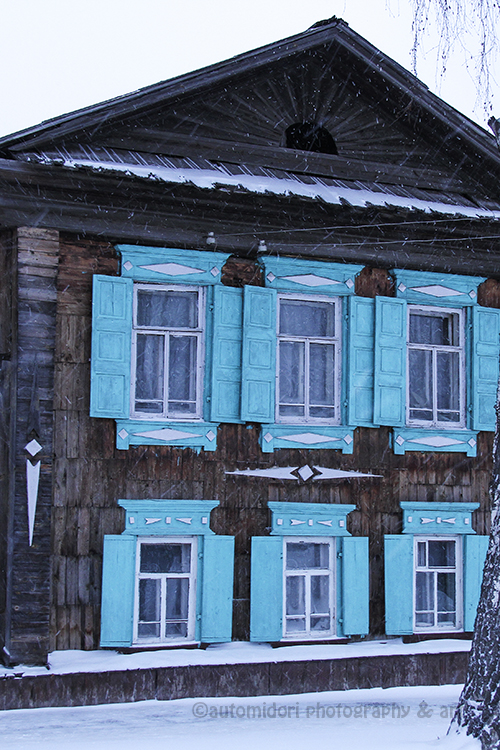 "Aren't these the same as the ones in Irkutsk?" wondered Natalia.

"Yes, they are pretty similar."

"Didn't you take pictures there?"

"It wasn't snowing at that time." I guess, I turned her speechless. Aye. 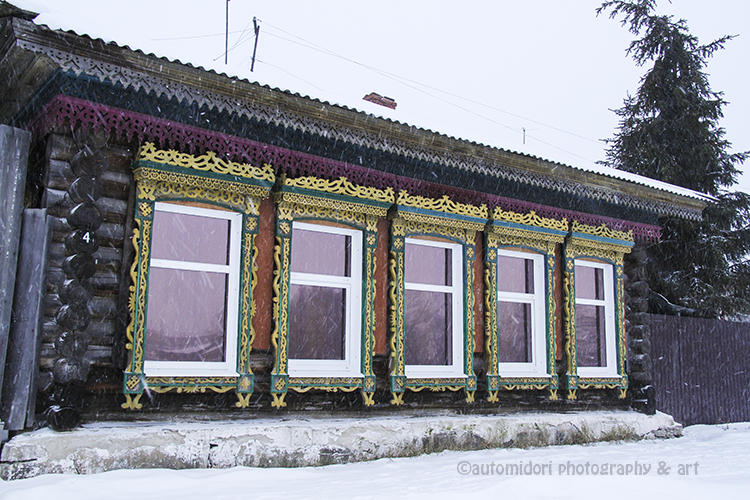 I wouldn't ever want such a design for my own house, because it would take a lot of effort to clean the window frames. Besides, I'm a simplicity worshiper. Nevertheless, to frame up in a camera, is a different story. Colorful. Cool. 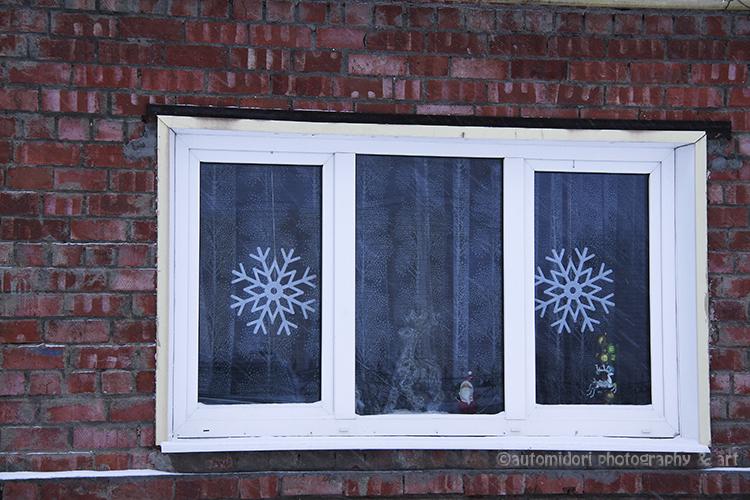 Ah... I always fine something cute on Russian windowsills. 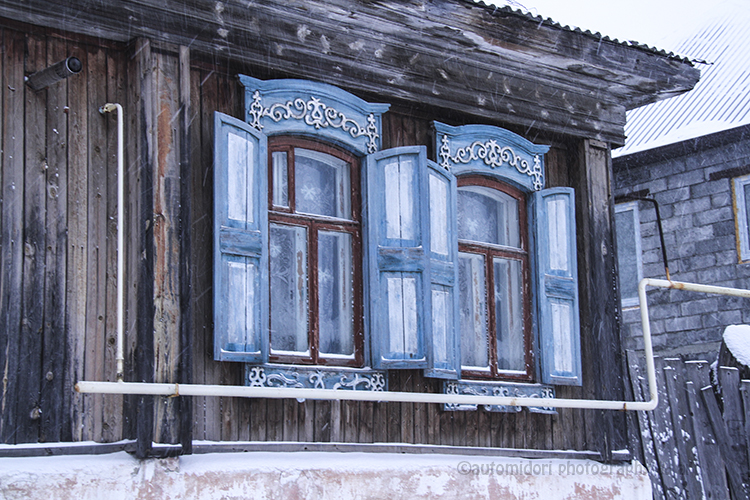 Number one, it's no doubt, it's that little asymmetrical window sash that attracted my attention. Number two, it's the pipe lines. 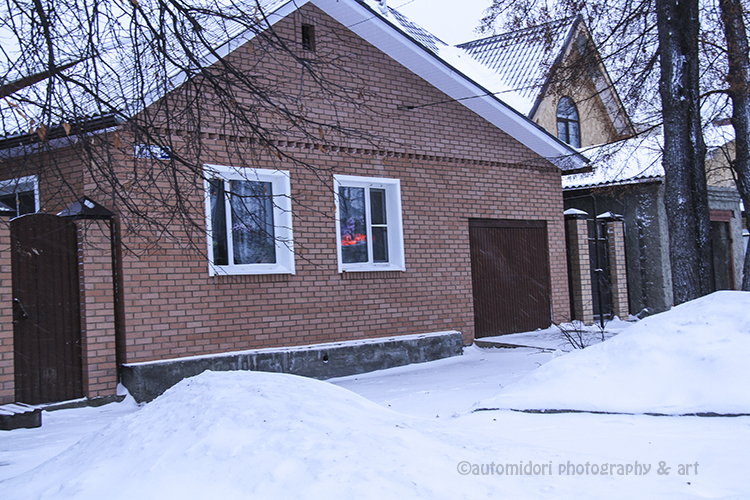