I totally forgot about taking a picture once I set foot on Novosibirsk Train Station. I had been too much concerned about whether to take a bus or a taxi to my pre-booked Foxhole Hostel. Light snow was falling. With thick white ice covering the ground, Novosibirsk Train Station seemed another place from what I had seen in the previous summer. As I have learned from Google Maps, if I take a bus, I would have to walk a bit to the hostel from the bus stop. It's 'a bit'. But, on an ice-covered ground, 'a bit' can be more, not to mention if I miss the place, because you know, hostels tend to be not on the main road or even it is, it's inside a bigger building e.g. a flat.

Taxi drivers eagerly approached me, and eventually a deal on 350 RUB was made. I bargained for 300 RUB, but to what I understood from his broken English was like, "Please give us an extra. It's New Year's Eve." Well, okay then. He is being honest, he wants an extra. And indeed, it's New Year's Eve! 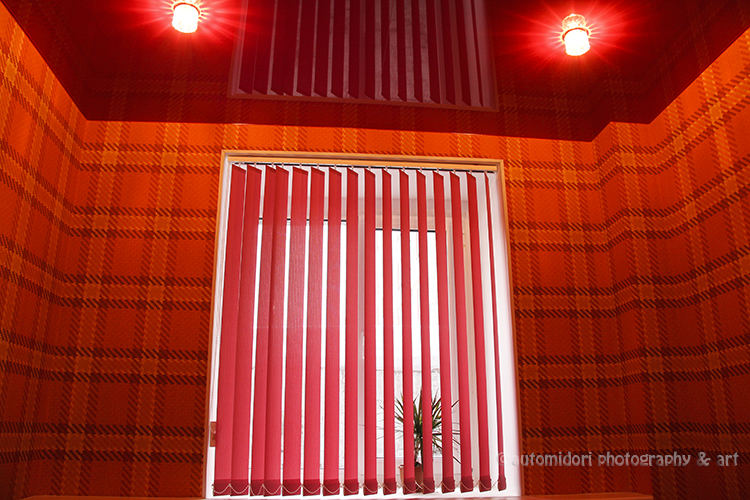 The taxi driver kindly carried my suitcase, drove me safe and sound to Foxhole Hostel where the interior of my room kind of confirmed that New Year is coming. Yeah, I know. My guide in Yekaterinburg already mentioned that Russians love red.

Suddenly goose bumps ran over me. On this last day of 2014, I actually have completed my long-dreamed Trans Mongolian Railroad Journey, the journey I thought I would never make provided I'm still an employee bound to an office desk 5 to 7. Silly, silly. Why not break the route into pieces?

December 31st 2013, I came to Russia for the first time.
December 31st 2014, I completed the Trans Mongolian Railroad journey, crossing three countries: Russia, Mongolia, and China.
I could have done the whole route on one vacation as there are direct trains for Moscow - Beijing, but I thought it would be meaningless without stops at all. Therefore, the cities I have labeled on this map, except for Ulan Ude, are the cities where I had made stops.

In the coming posts, I'm going to share about my catching up for the things I missed from Novosibirsk during first visit in previous summer. To name them, a visit to IKEA (never been to a Russian IKEA!), Novosibirsk Zoo (said to be the biggest in Russia), and most important of all... Russian ballet opera! After three visits to Russia, finally, finally, came a performance schedule that fits into my itinerary. Russia, ballet; ballet, Russia!! Yet another circus show in Novosibirsk became a new year surprise.

Squeezing in a little more time into my itinerary, I flew to St. Petersburg, which my guide over there claimed to be the Northernmost metropolitan city in the world, a few degrees closer to North Pole than Helsinki. Said she, not me :D

I still wish to make a fourth trip to Russia, to complete my Trans Siberian blank spot between Ulan Ude and Birobidzhan... Yeah... but before that, I have to finish sharing to the world about the third visit first. I hear you! :D